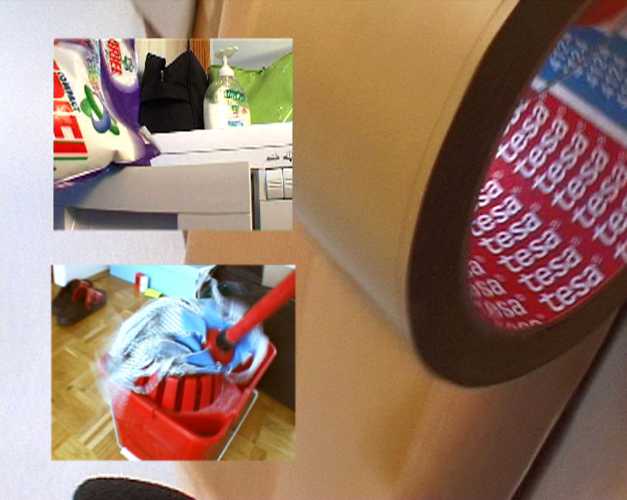 In the beginning of 2000 I returned to video but with an attempt to work in a more spatial way with the media. ﻿In the video Sound Cut, 2002, produced during a residency at Kunstlerhaus Bethanien, Berlin, filmed footage from my apartment was edited from its sound by using the audio track from an old punk rock song as a template or blueprint in the video editing application.

The original punk song was replaced frame by frame with the closest corresponding sound from my own filmed material and edited within the structure of a 4-stroke rhythm by cutting the footage in blocks of 4,8,16 and 32 frames and where BPM (bits per minute) was translated into the PAL format FPS (frames per second). The visual material here functions as a reference to what one hears.﻿