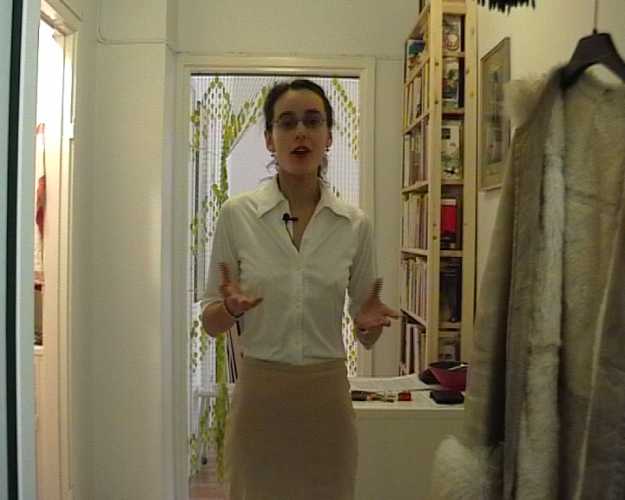 Magdalena Dziurlikowska gives a guided tour of her own apartment where she talks about herself in the third person. She wears strict clothes, uses refined language and well-rehearsed gestures. We recognize the structure of the tour from those given in the homes of historical people – but they are dead now, and have celebrity status. What happens when the subject of the tour is a ‘nobody’, is the personal still interesting? What do we mean when we say that we know someone?