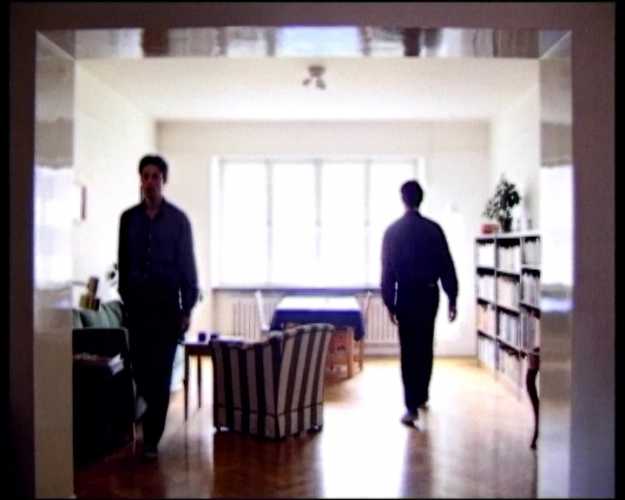 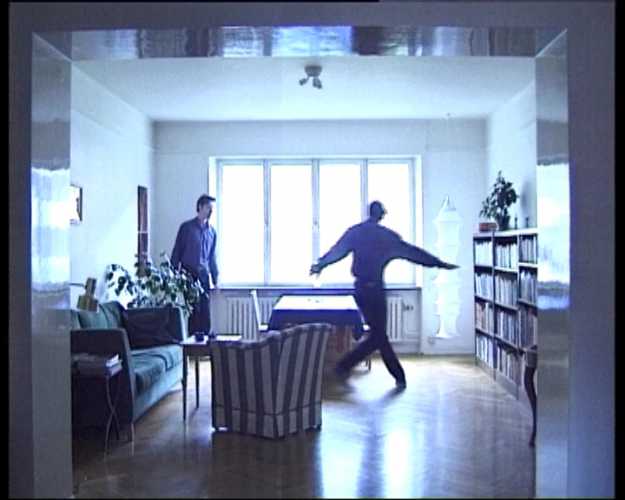 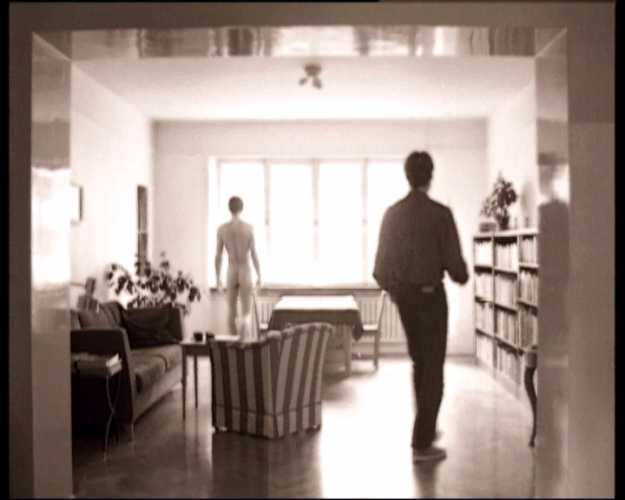 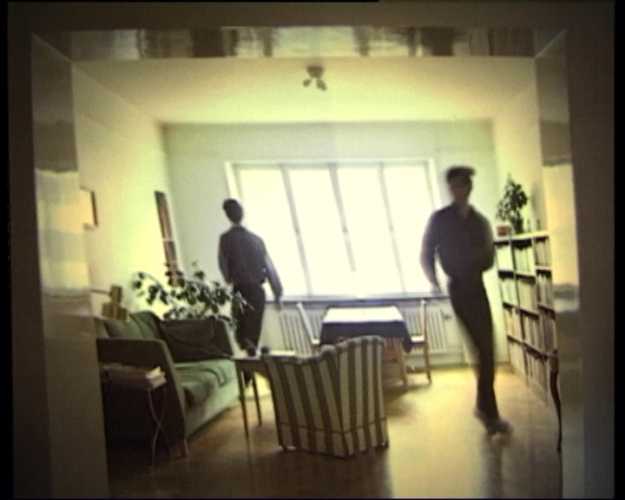 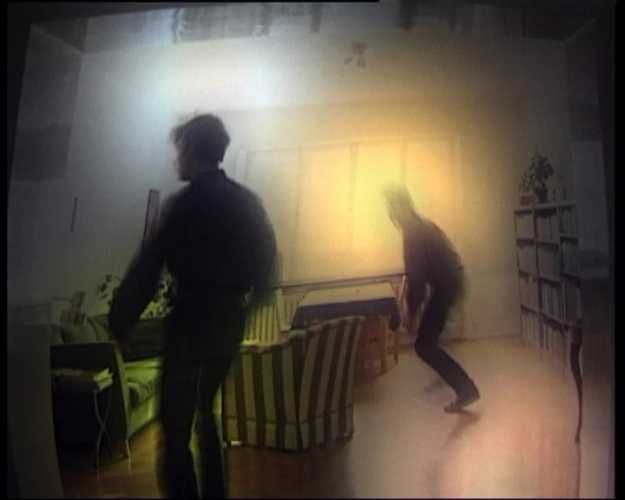 A claustrophobic choreography for a mirrored dancer, which describes a separation and how the symmetry of existence falls apart. The soundtrack consists of echo-sounds and quoted truisms from history. The remaining half is duplicated and dances with himself in a catatonic and claustrophobic choreography where spastic tics are alternated with euphoric attempts to break out. The lack of control is shown not only in the movement pattern but also in the absence of the one who is supposed to fill the void and render possible a true dialog – and not a purely fictional one.

Quote from 2 2 Tango (Two to Tango), which describes the asymmetry of existence caused by a separation. He was happily married – as opposed to his wife. ‘Be Yourself’ is about the worst advice you can give to some people. Love is a fever which marriage puts to bed and cures. Love is blind and marriage is the institution of blindness. Bigami is having one wife too many. Monogamy is the same thing. A divorce is like an amputation – you survive, but there’s less of you left. Love is like a cigar. If it goes out, You can light it again but it never tastes quite the same. No man can loose what he never had.

Staffan Redin is born 1962 and educated at University College Valand and Royal University College of Fine Arts. He has worked with video and photography since the end of the eighties and has had fifteen solo shows, at Galleri Enkehuset, Index , Galleri Roger Björkholmen, kunsthalls of Örebro and Bohusläns museum, Galleri Skarstedt and has participated in a number of group shows and videofestivals. An important focus in his work is placed on the human facial expressions, the gaze and the skin as a projection screen for inner conditions. He is teaching video art at the Royal University College of Fine Arts i Stockholm. 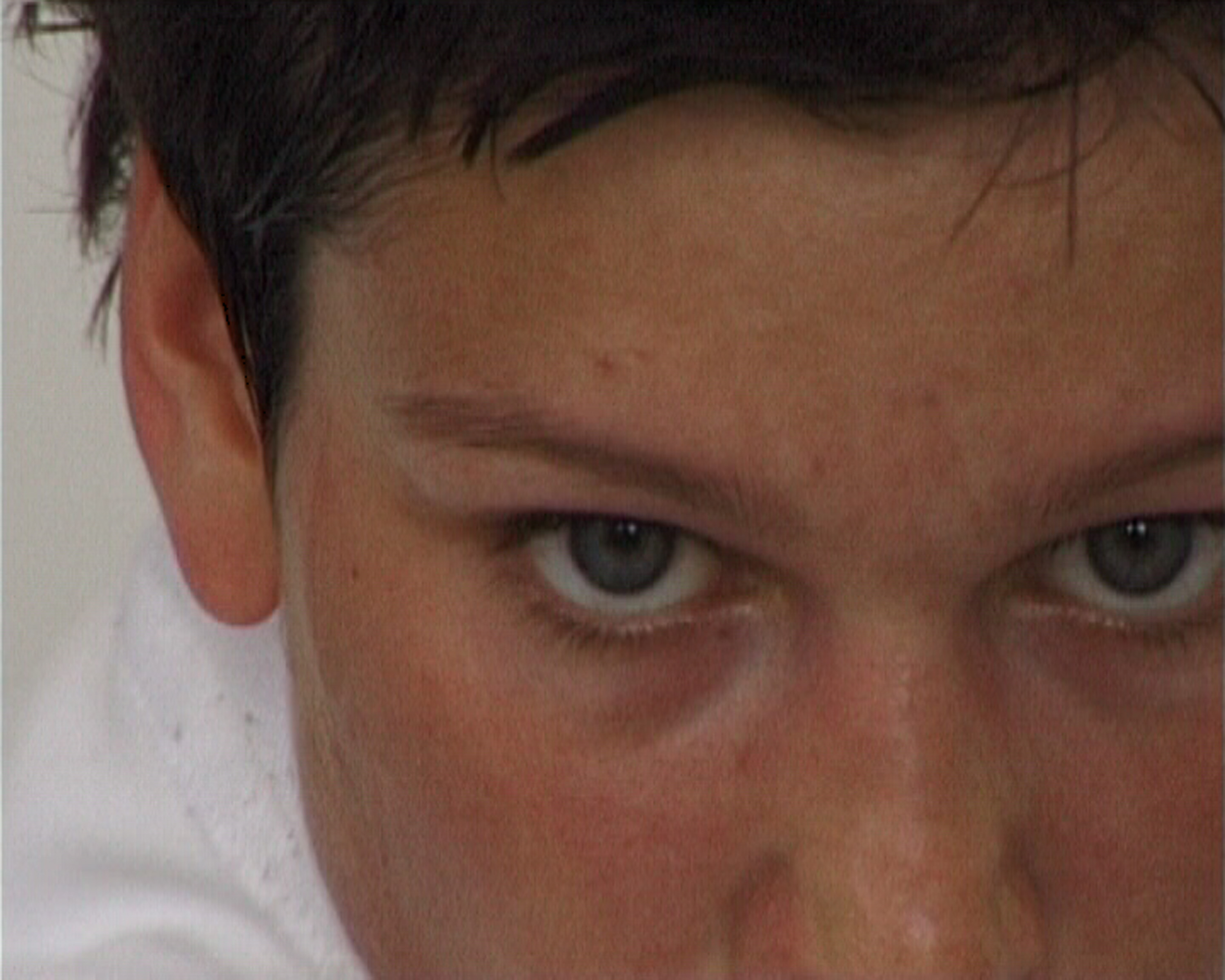