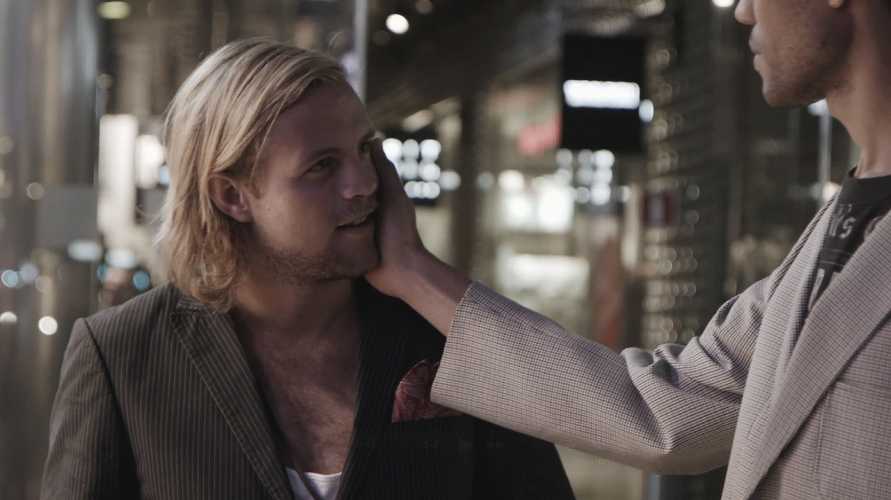 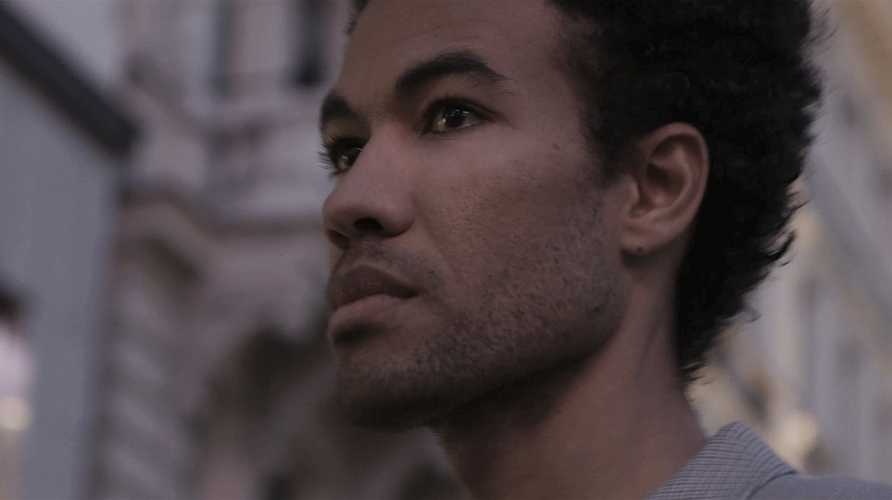 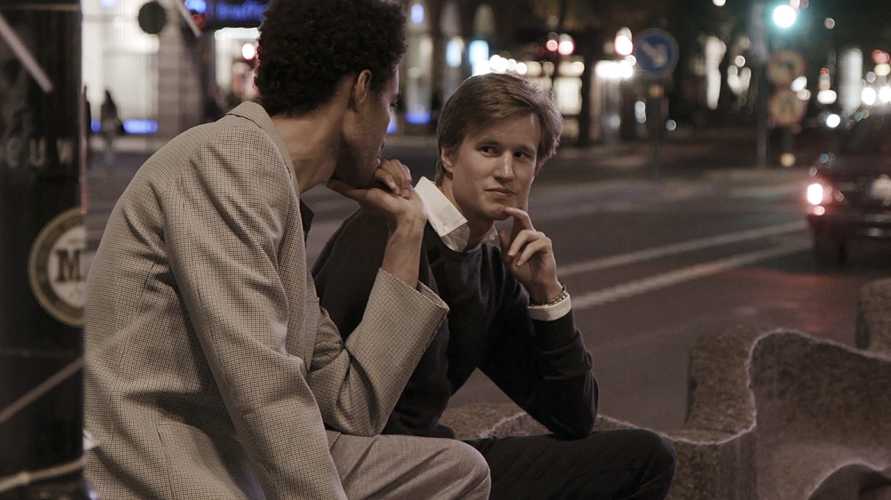 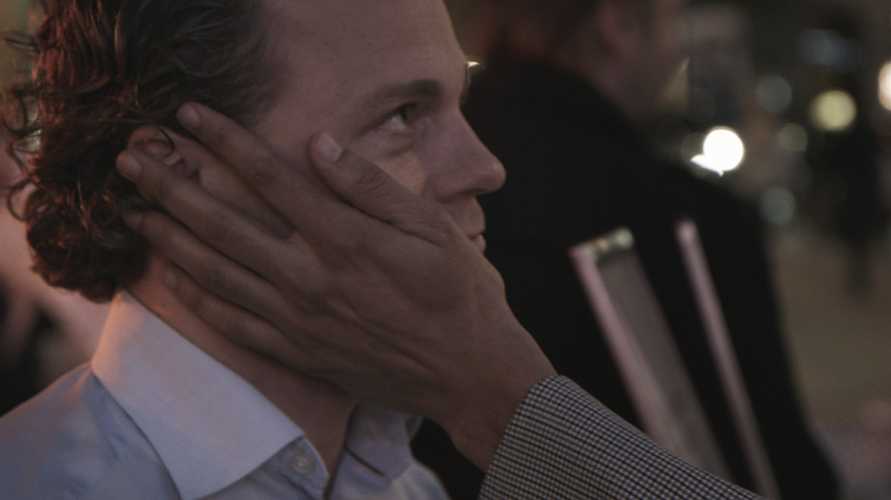 In the video work Delay the artist moves like a dancer along the streets of Stockholm, concentrating his movement around Stureplan, the mecca of night life in the city. His tall figure sometimes pauses to blend in with young men.

Mostyn imitates the men’s movements, strokes their cheeks and positions himself uncomfortably close. His declaration of tenderness creates responses of surprise, laughter, but also resistance. In one scene Mostyn is involved in a confrontation with one of the men and his physical movements develop into an uncontrollable fall along the street. Towards the end of the video we see Mostyn riding the subway out of the city, then further on, cycling through a park and finally running over a dark meadow, disappearing into darkness. In the last scene we see sleeping swans lying on a rock at night. The musical score accompanies the patterns of movement, both tonally and rhythmically.﻿

Santiago Mostyn’s films, installations, texts, and performances often explore the dissonance of lives lived between different political spheres. His work simultaneously employs footage of historical events, political and cultural figures, and racial injustice to speak to his own personal histories. Santiago creates an intuitive narrative through layering and collage, whether through video or installation, combining new and archival imagery. His research-like process examines questions of identity and memory, both personal and collective, and the intersections of history with current events.