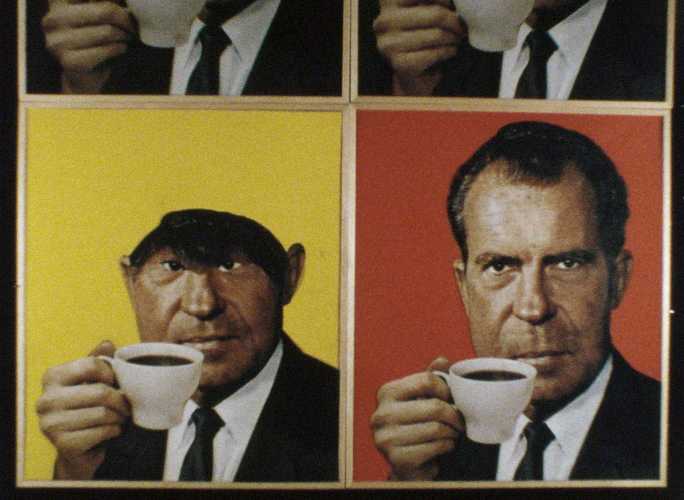 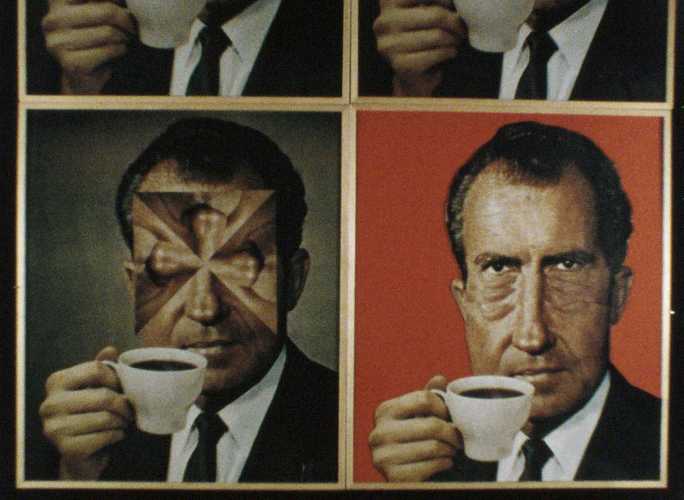 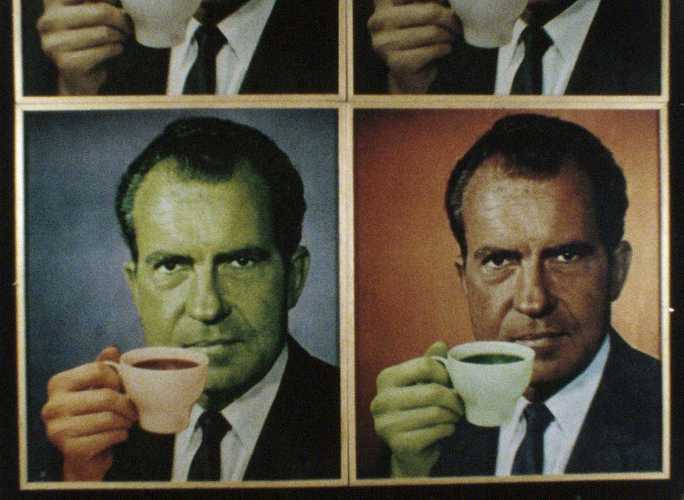 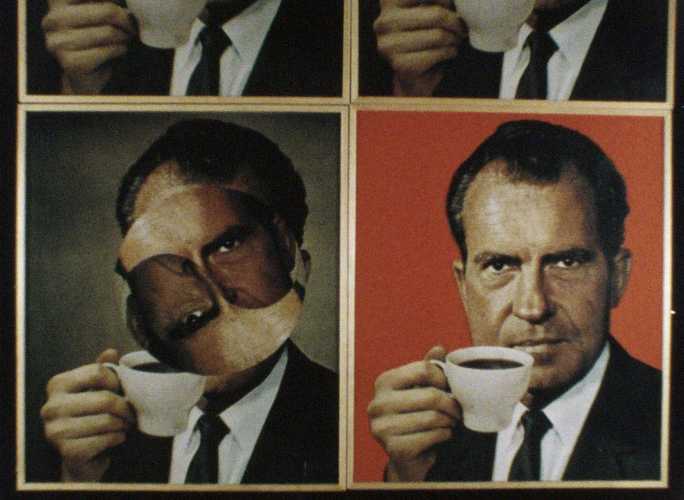 A film about multi-media artist Kjartan Slettemark’s Nixon Visions, the collective title of his famous pictorial version of president Nixon, made 1971-74. It has its beginning in, among other things, Slettemark’s slogan ‘Opposition Must Pay Off’. The new, coffee-loving Nixon is marketed in a satirical balancing act between humor and seriousness. Slettemark’s advertising campaign is ‘a study of Nixon’s mental health’ in which ‘the face is the mirror of the soul’.

Born in 1948 in Stockholm, Sweden, where he is still based.

1932-2008. Kjartan Slettemark has been using moving image as a means of expression since the 60’s. A crucial work in experimental film is Nixon Visions (1971), a collaboration with Hans Esselius. As early as 1967 and 1968 he made the films Symfoni Realista 1–3, based on politically charged performance-shows. During the 60’s and 70’s Kjartan Slettemark often filmed with an aesthetics related to the current political movement at the time, the works were always presented at performances and happenings, such as Polisväxten (1969). In the 80’s Kjartan Slettemark moved on to video technique and was one of the co-founders of the video workshop Video Now (Video Nu) at Skeppsholmen in Stockholm. 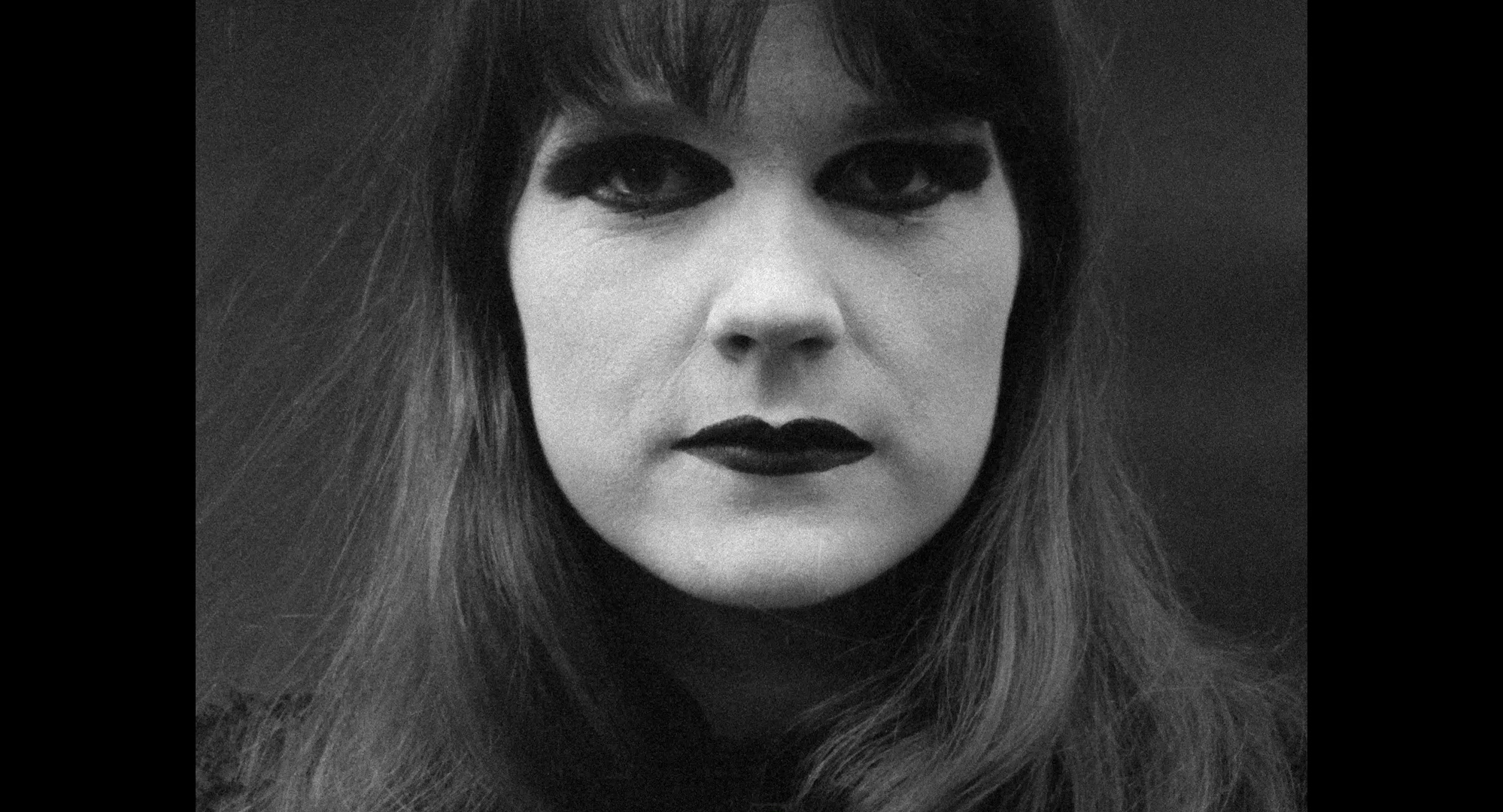 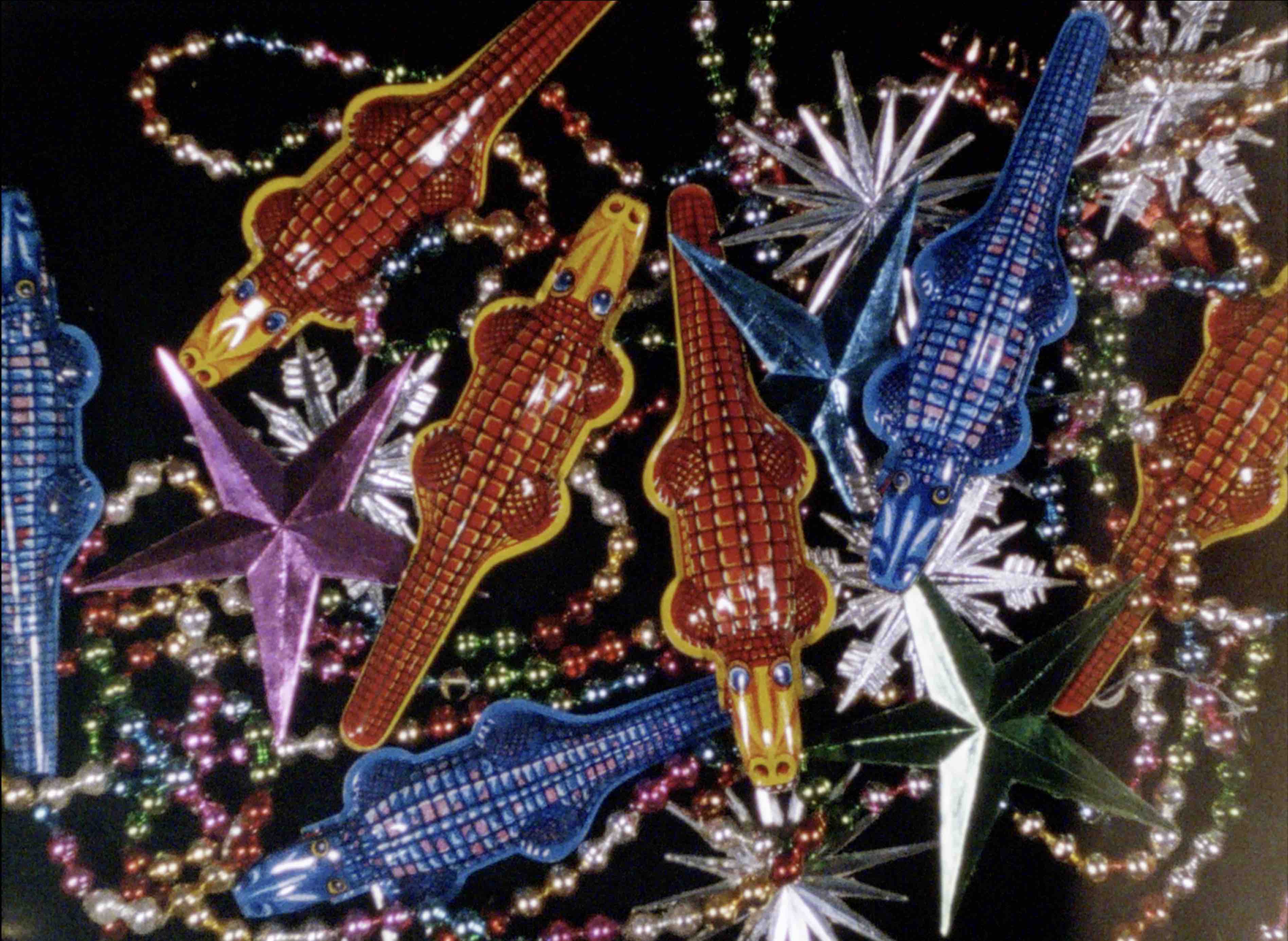 Music For Your Eyes 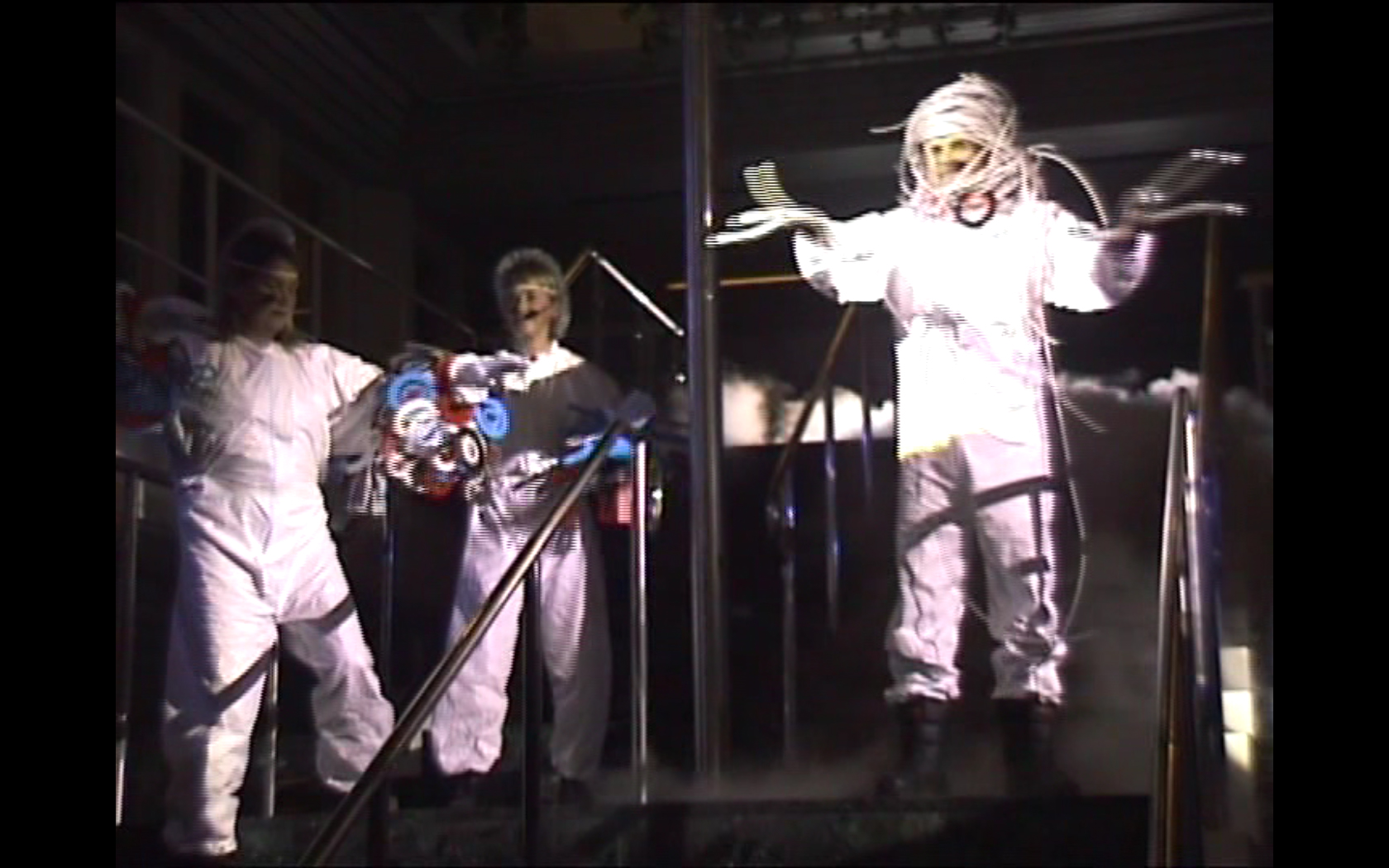 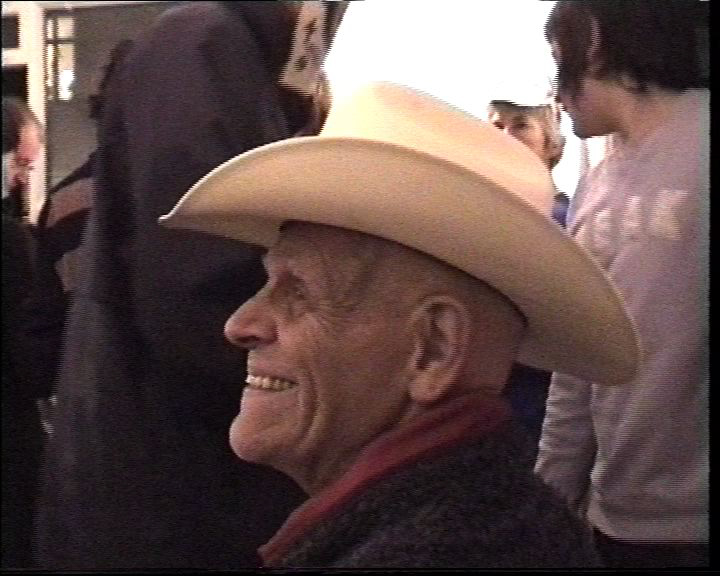 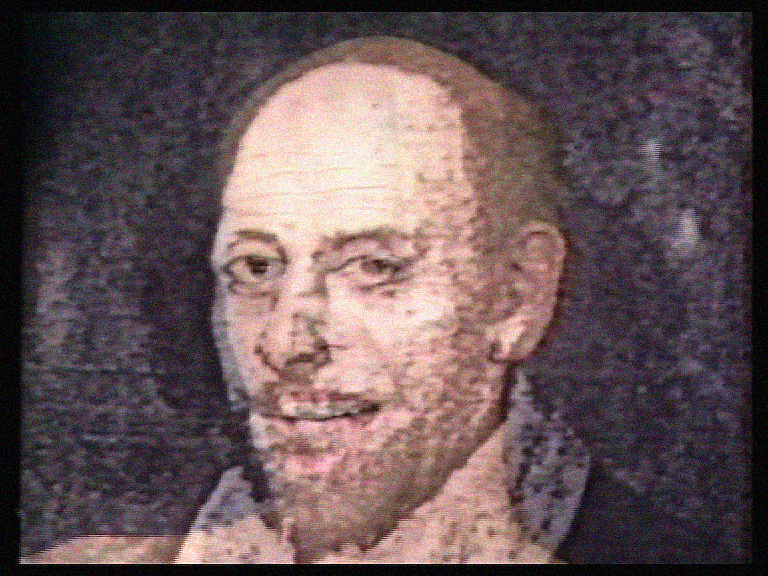 Video or Not To Be 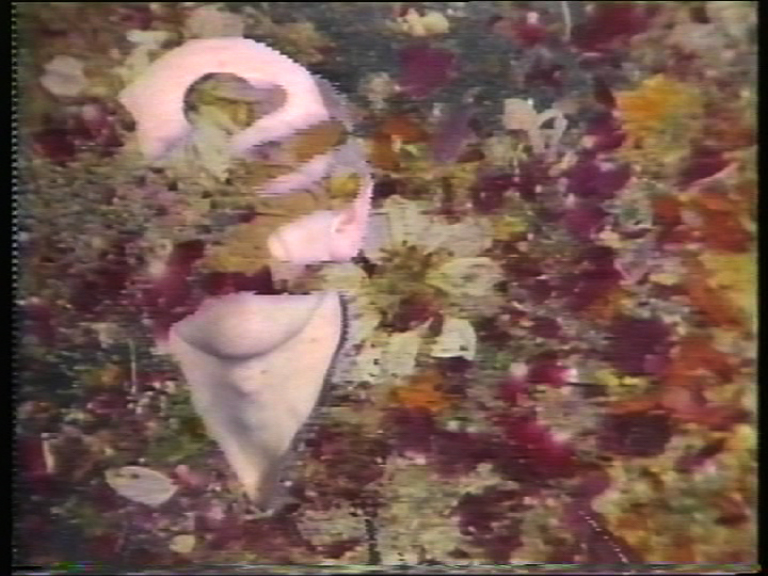 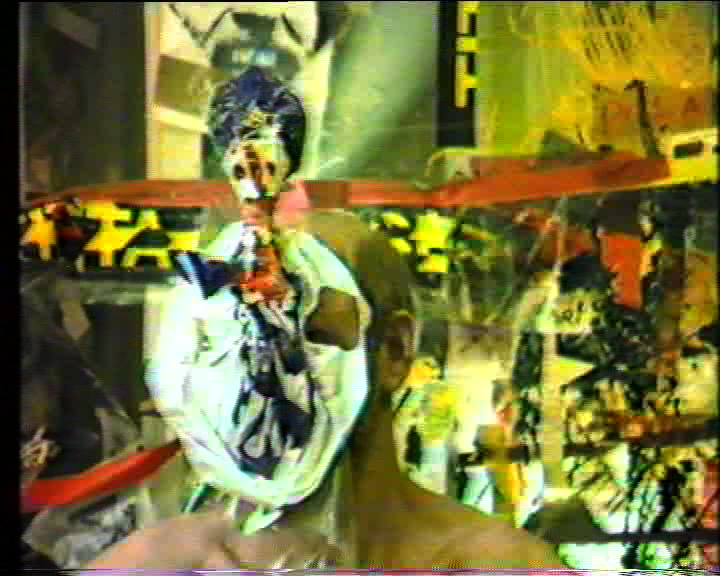