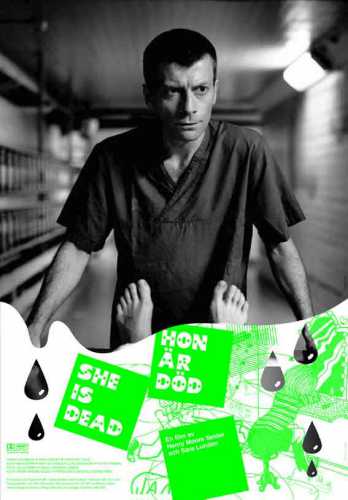 A necromantic musical. A famous singer dies and the country is mourning. Her biggest fan, a pathologist, comes to work and discovers her body. Unwilling to perform the autopsy, he arranges a secret funeral.﻿

Sara Lundén is an artist who lives and works in Stockholm.She mainly works with music and performance, but she also has made a couple of prize winning short film musicals ‘Deadly Boring’ and ‘She Is Dead’, that have been shown widely around the world.

Born in 1973. He studied at the Stockholm Film School 1995-96. Active as Filmmaker/Director since 1996. He makes his own short films but has also collaborated with artists such as Johanna Billing, Eva Gunnars/ Love & Devotion and Sara Lundén.