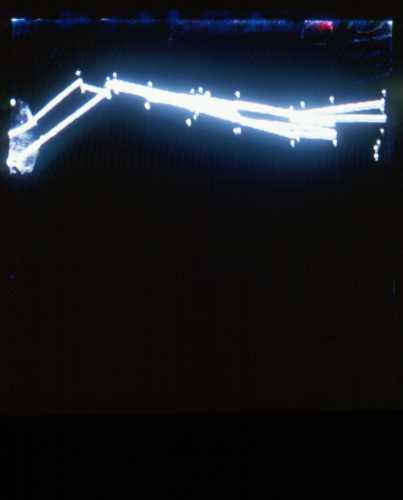 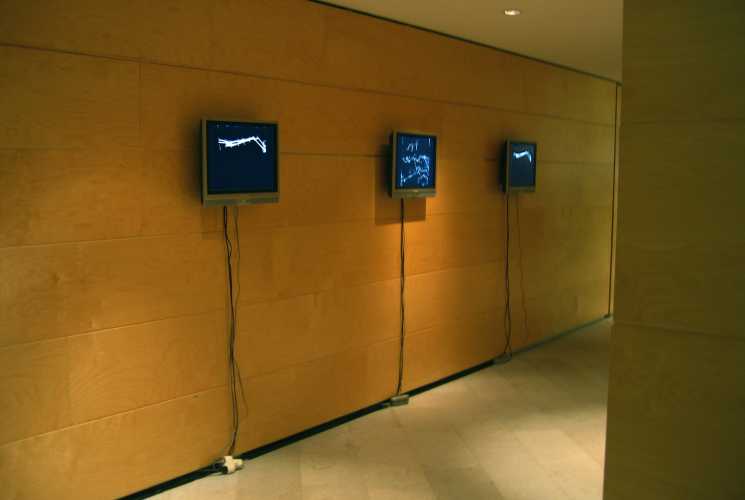 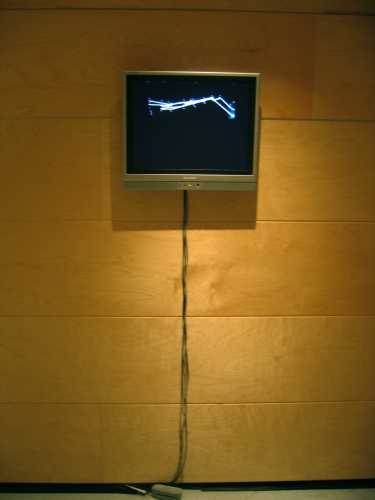 Inststamatic pictures − sewn in and reversed. These images were all very ordinary with typical scenes from a family album: vacations, trips abroad, family gatherings etc. The sewing threads in the pictures − coast sewn to ocean, clouds to sky or people sewn to each other − marks a way of codifying the emotional structures and relations in the images, thus controlling an interpretation of them and highlighting (while at the same time trying to bridge) the gap between image and reality.

The sewing threads and the holes from the needle in the images emerged as the essence of an intense and hidden reality, containing a truth which was lacking in the original images. The reversed images show this unveiled truth. I then used the reversed images with the stitches, holes and threads, and inverted in order to return to the negative, basic photographic image, as a musical score for a digital composition. The red dot reading the diagram like figures and transforming them into sound becomes a staging of the act of remembering. It reads the repressed and hidden, and what hides behind the screen memory.﻿