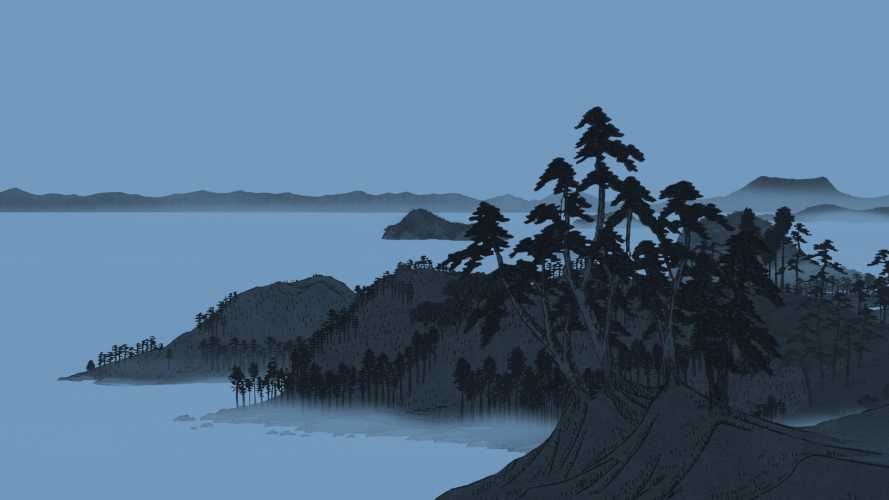 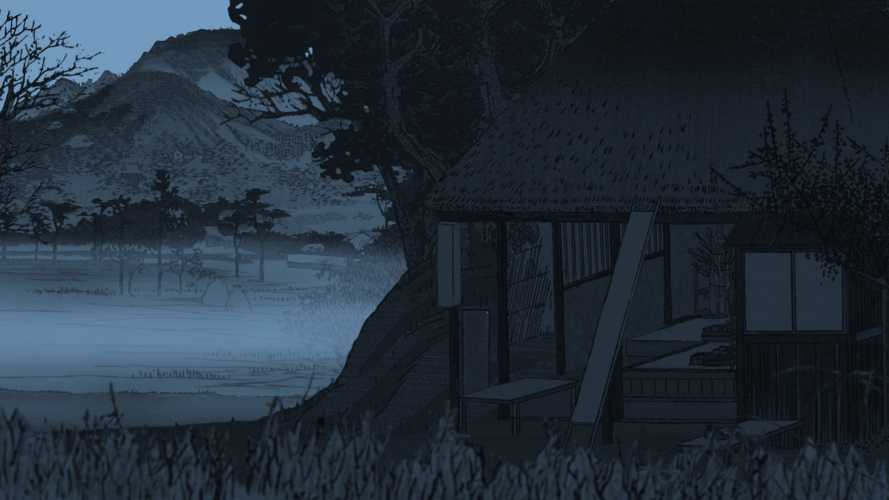 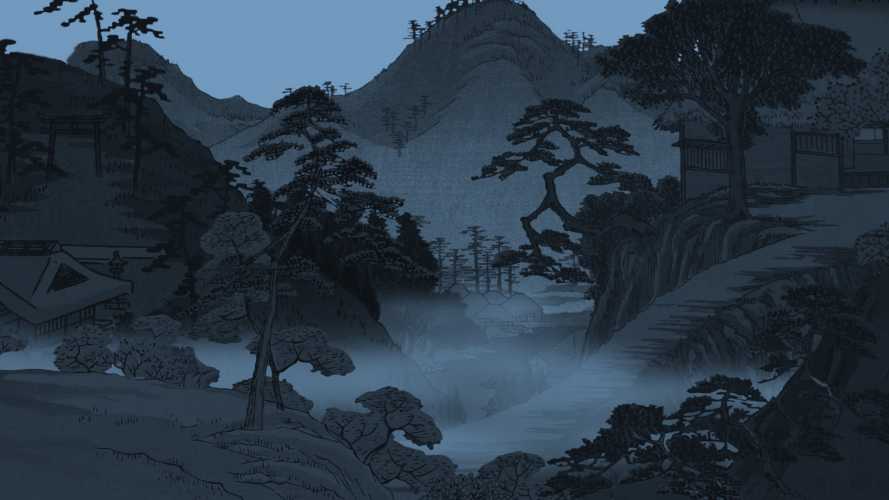 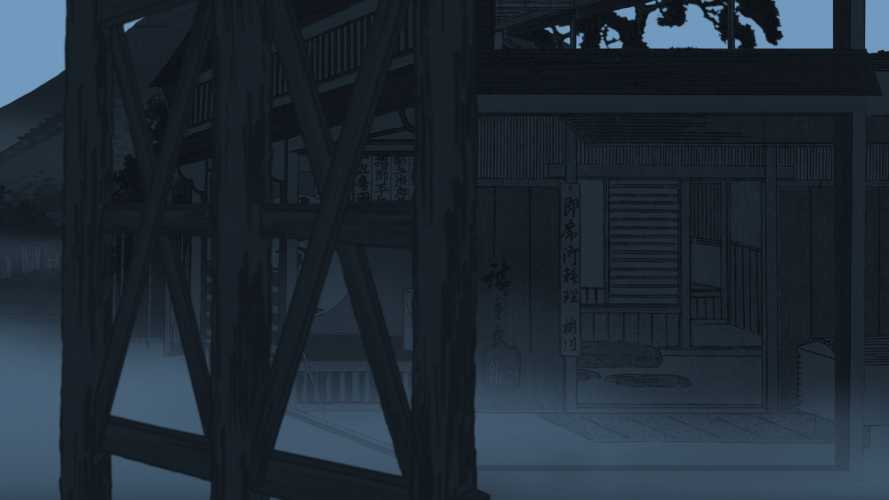 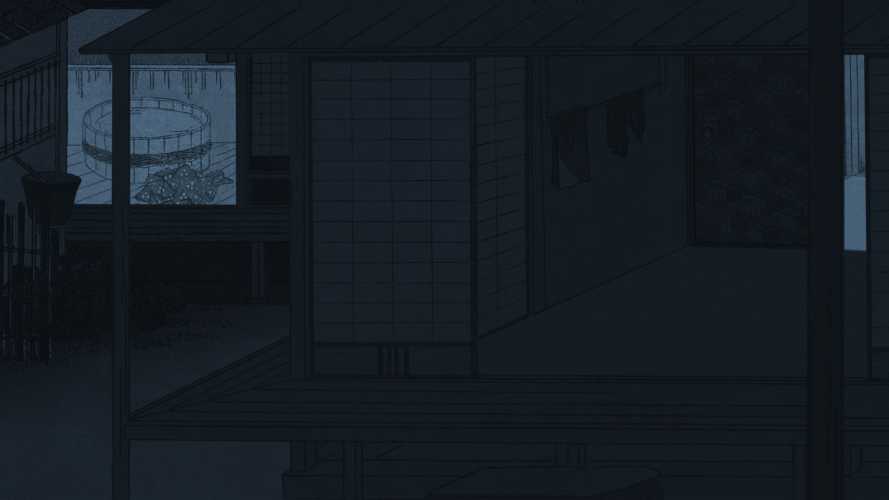 The Hour Of Meeting Evil Spirits
BY
Johan Thurfjell

Japanese mythology is full of spirits. They could come in many guises, both good and evil. The time of day when they were most prominent was at dusk. In the dim blue light, after the sun had set but before the darkness of night had fallen, it was thought that the line between our world and the spirit world was at its thinnest. Then the spirits could come over into our world and we into theirs. This hour is called Omagatoki; The hour of meeting evil spirits.

The hour of meeting evil spirits is a slow animation made up of around thirty digitally processed Japanese woodcuts from the early 19th century. We travel from the sea across a fog-shrouded landscape. Forests, hills and scattered buildings are passed on the way up towards the mountains. We float along deserted streets, into backyards, through ruined houses before coming out over the sea again.﻿

Lives and works in Stockholm, Sweden. Johan Thurfjell received his MFA at the University College of Art Craft & Design in Stockholm in 2002. Since then he has participated in several group exhibitions both in Sweden and abroad. He has had solo exhibitions at Natalia Goldin gallery in Stockholm, Galerie Nordenhake in Berlin and at 16:1 gallery in Los Angeles. He has received a number of prizes and grants in Sweden.

Johan Thurfjell works in many different medias and materials. His body of work contains everything from drawings and objects to computer generated images, animation and video. One of his most spread work is the animated short film ‘Do you have the Shine?’ from 2002. It has been shown at a number of film festivals throughout the world. It received the Mention Spéciale ~ Prix Court-métrage Kodak at the Luxembourg International Film festival in 2004 and was one of Sweden’s five contributions to the film festival in Cannes 2003.

Do you have the Shine? 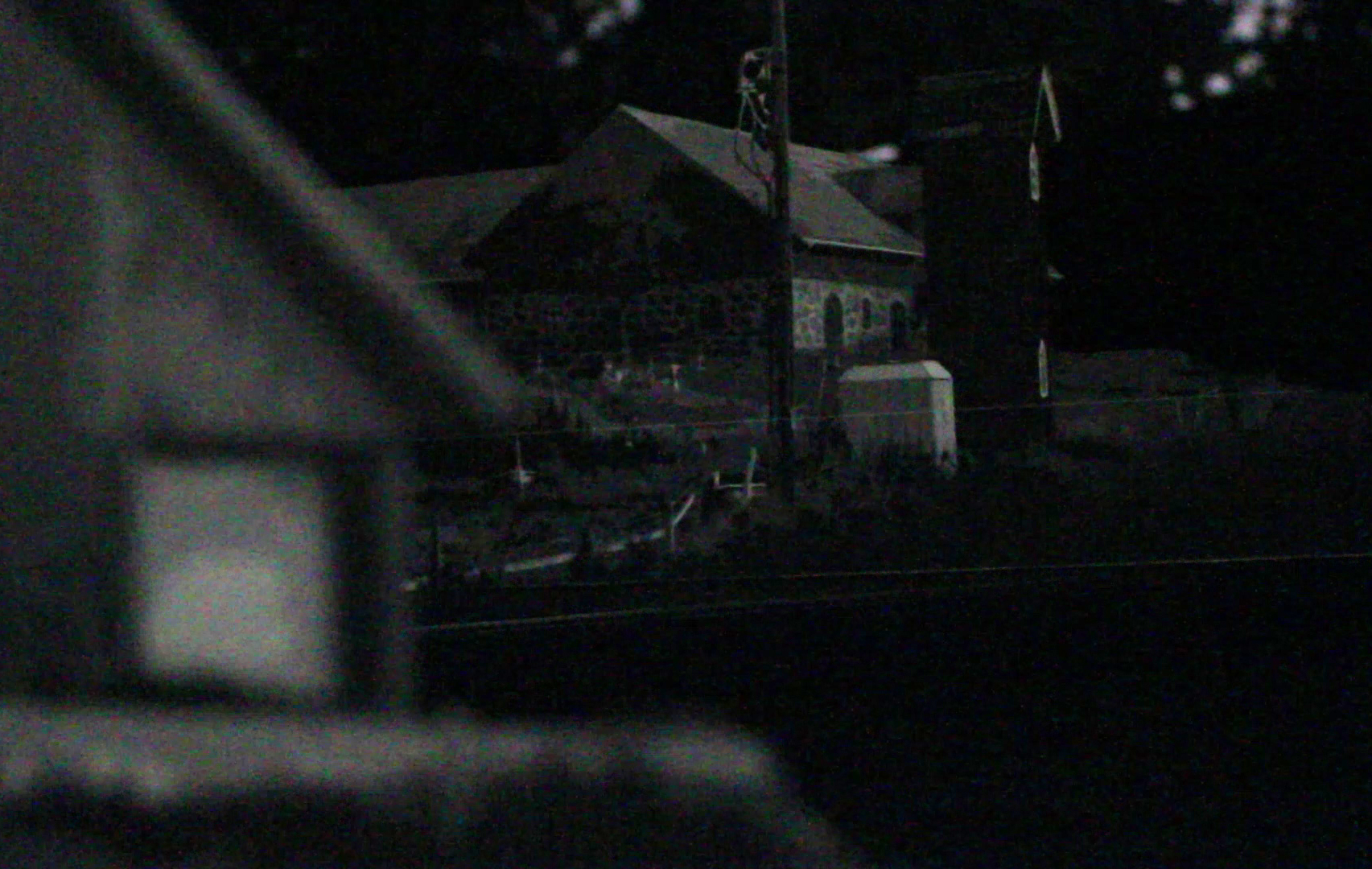