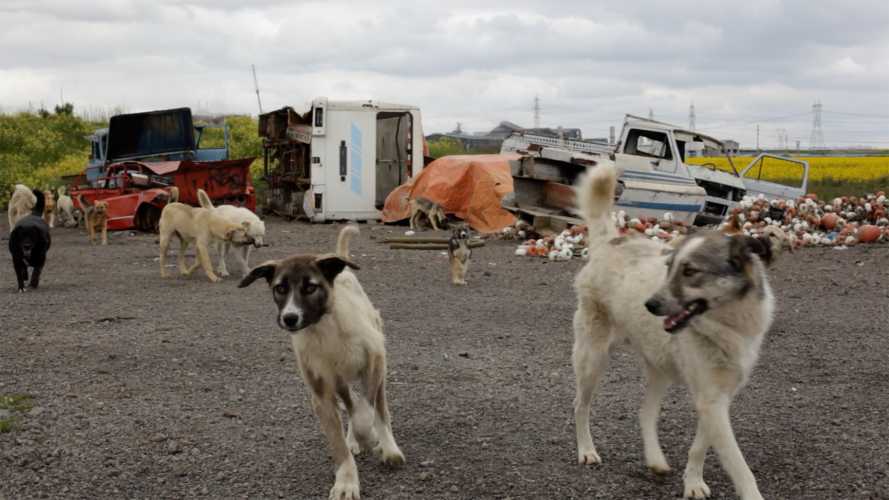 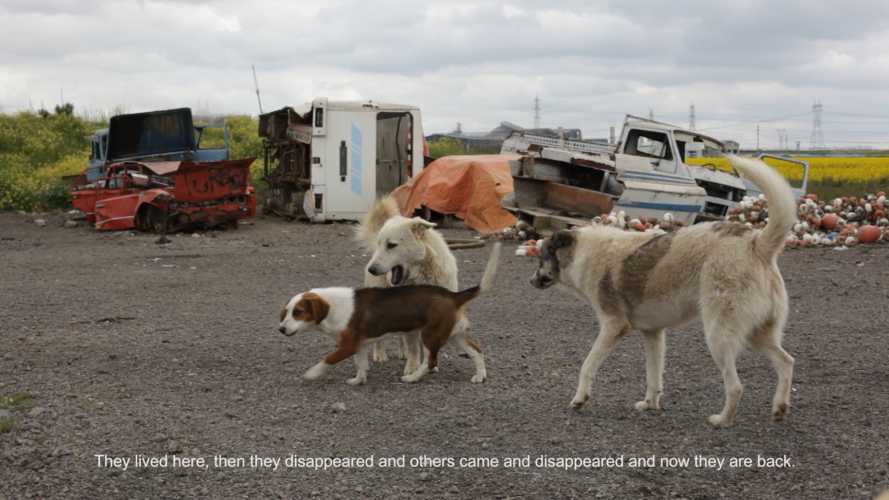 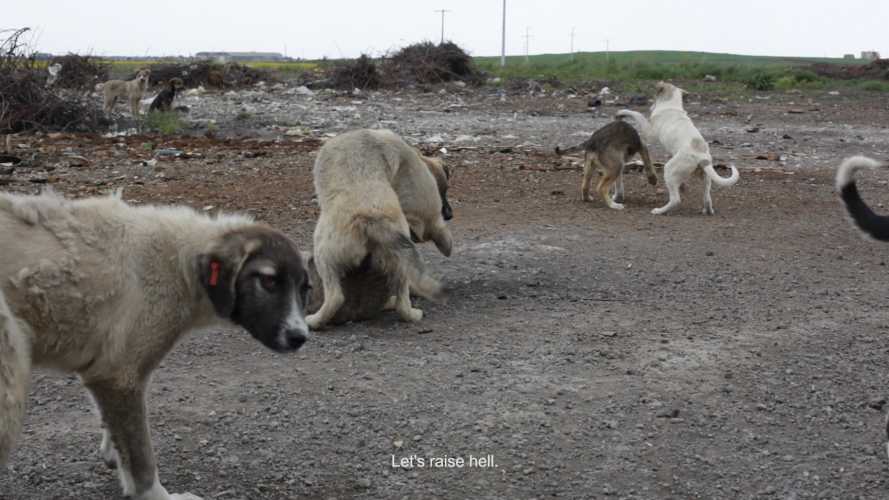 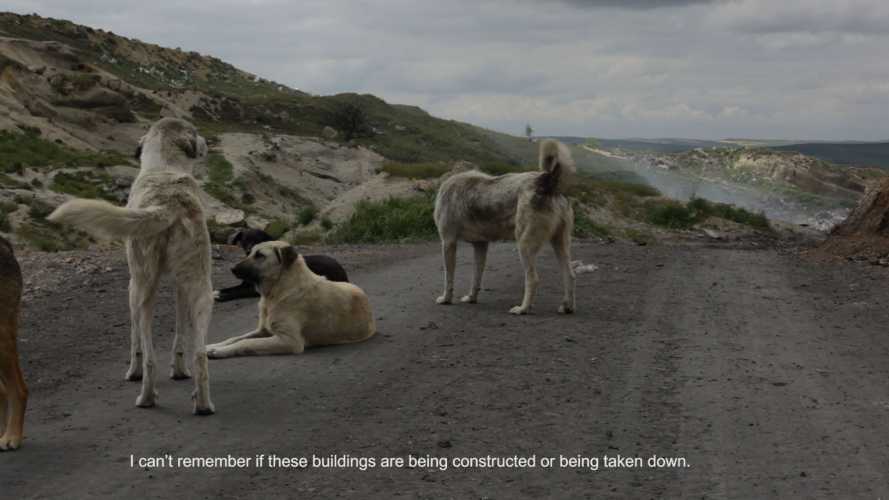 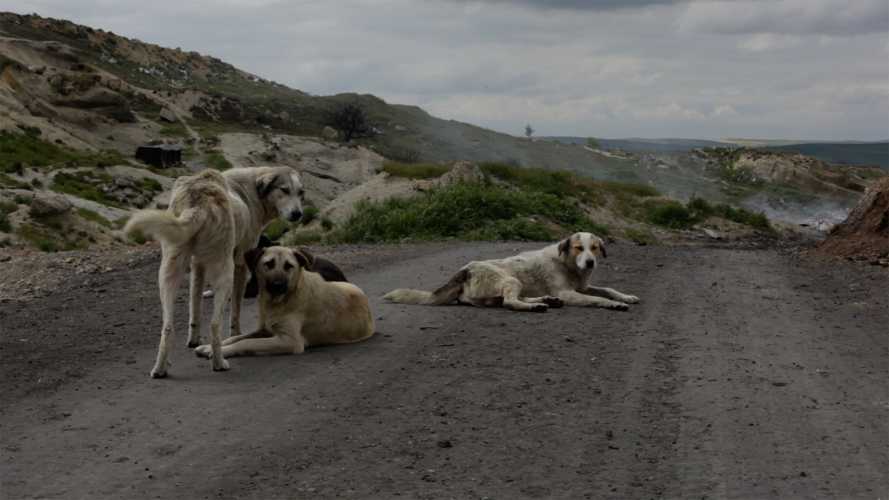 This video was developed during a one-year residency in Istanbul. During this time, I did extensive research into history and city planning, with a particular emphasis on the rapid gentrification of the city. I am the dog that was always here (loop) is set in the outskirts of Istanbul, and focuses on moments of transition and marginalised experiences of time, seen through the lens of a street dog. Having been moved by the authorities to peripheral pockets outside the expanding city, the dogs are continuously moving along lines of urban redevelopment and corporate city making.

Through looping and repetition, the video relates this process to an experience of time: exploring the present as a complex gap between past and future, one in which an increasing process of erasure, also removes other registers of being and seeing. The script in this work was developed from textual material from a series of disparate sources, from science fiction, from archival material, from news and conversations forming the first-person narrative of the dog. In the work, this protagonist is temporally ambiguous, having been part of every and no time, and I was interested in a script that would shift in voice, but with my own editing and selection providing a cohesion and flow to narrative and intention. ﻿