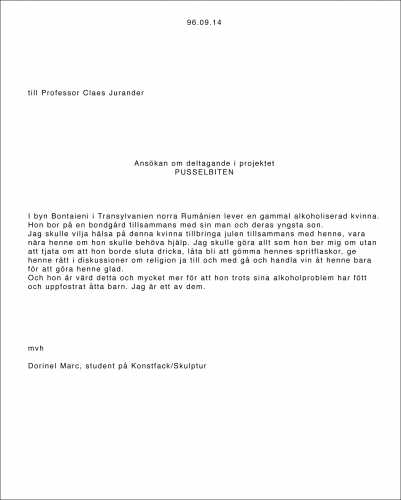 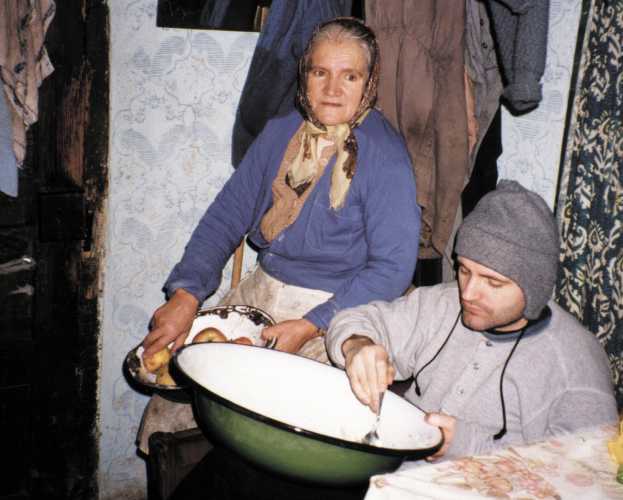 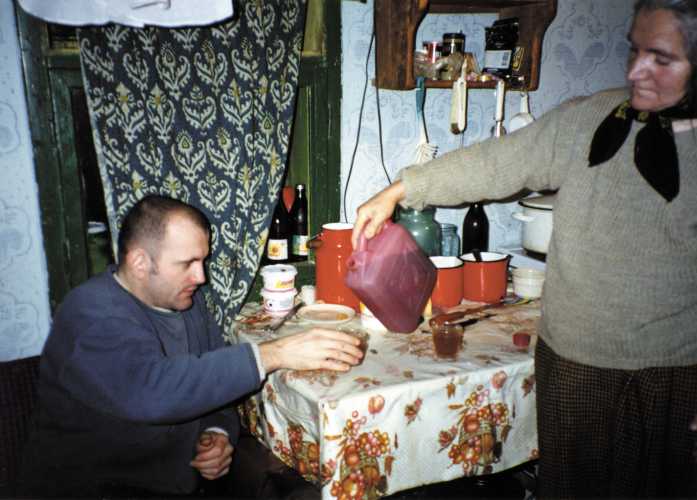 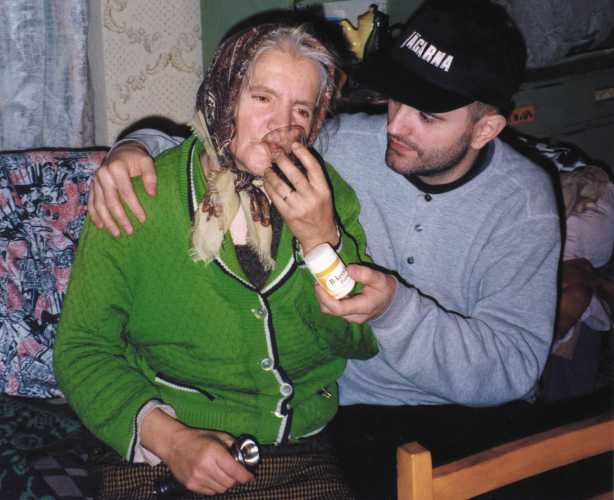 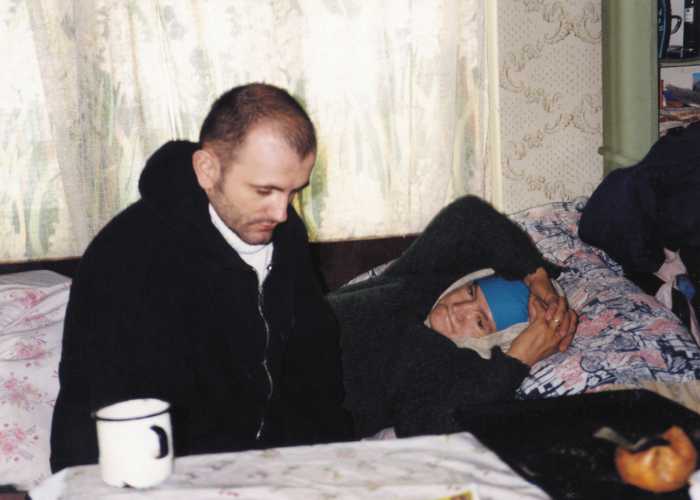 The work Mission Impossible/Pusselbiten (1996-97) was initiated when Dorinel Marc attended his second year at the University College of Arts, Crafts and Design in Stockholm. He sent in an application to participate in the art project ‘Puzzle Piece’, launched by Professor Claes Jurander. The project offered travel allowances to students who had found a good motivation for why they should go somewhere in the world in order to find the ‘missing puzzle piece to meet the equation’. Marc received a sum of money in order to visit his mother and father in Transylvania during Christmas and help his mother with everything she needed, tolerate her ideas about religion and not nag her about her alcohol addiction.

The work consists of text and stills, shot by Simina Astilean. It is 2 minutes and 40 seconds long and screened in a loop. Taking care of his worn down mother for a short period of time, Marc is trying to make the private puzzle piece from his home country fit in with the other pieces of his current life as an artist in Sweden, where he has a study allowance, free education and a student room. The work exhibits a range of emotions, such as tenderness, acceptance and love, which are not usually found in art that we deal with in an intellectual manner. The work’s artistic strength lies in the fact that viewers will find it impossible to defend themselves; the private subject matter is also universal. Everybody has or has had a mother.

Dorinel Marc was born in 1964 in Bontaieni Romania. He came to Sweden in 1987 as a political refugee. During 20 years in Sweden Dorinel Marc has become one of the most important and controversial artists in the country. His interventions within the art world and real-life leaves nobody untouched. A major part of Dorinel Marc’s artistic activities are focused on influencing the theoretic and practical ground from which art is defined, presented and consumed. In his practice Dorinel Marc interlaces artistry with social pathos, pedagogic, critics and a lot more…