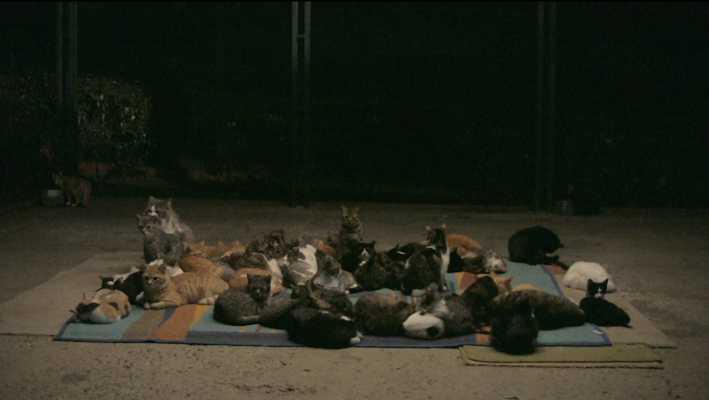 The Community
BY
Annika Eriksson

In Annika Eriksson’s work The Community we meet a unique community and the story about a civil concern: Instanbul’s homeless cats. For many years the cats were being cared for by local cat lovers, but today the cats are all gone as a result of a clean-up which changed the cityscape. In Ray Oldenburg’s pamphlet The Great Good Place he refers to ‘the third place’, where people gather, move between work and family affairs, a place of good company and discussions – the root of democracy and the vitality of a society.