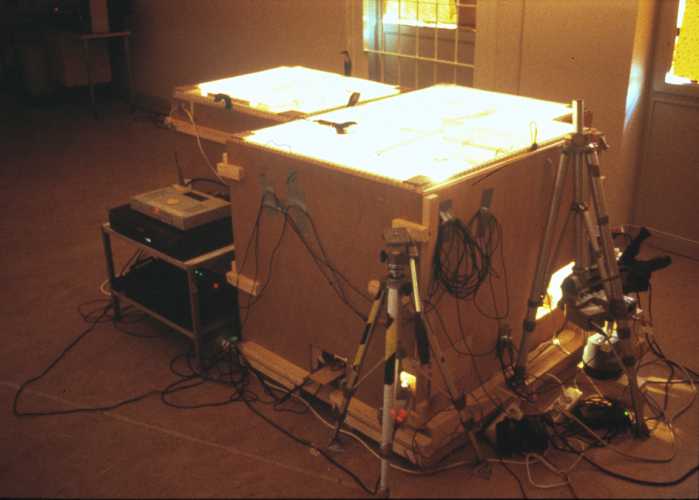 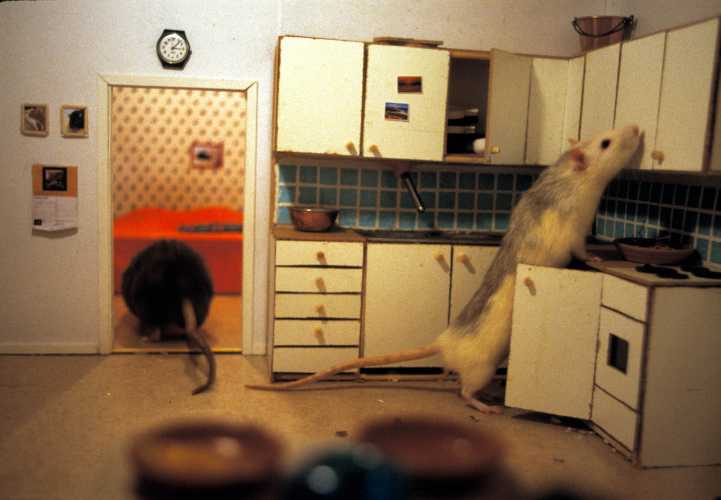 What if I Was a Rat?
BY
Ilona Huss Walin

The realtime film What if I was a rat? is a performance that was broadcasted directly from the studio of nonTVTVstation night and day from October 7 – November 10, 2002. Huss Walin built a human home, on a scale suitable for rats. In this home four rats were living during five weeks. She documented their lives in the apartment with eight cameras, peaking in from different angels. The apartment box was placed at the ‘nonTVTVstation’ during the five weeks.

The scenario was directly broadcasted from there and streamed via the Internet to different art museums in Scandinavia, among others Kiasma (Helsinki) and Moderna Muséet (Stockholm). The streamed real-time film continuously shifted between the eight camera angles from the rats ‘apartment’.

Born in 1967 in Sweden. Lives and works in Gothenburg, Sweden.

Ilona Huss Walin has studied at Academy of fine art in Bergen, Academy of fine art in Gothenburg, and at Gerlesborgsskolan in Stockholm. Her artwork has developed more and more towards conceptual video projects where acting and installation often are key elements and the design methods being different and innovative is of great importance. Huss Walin strives for an end result that is open for interpretation and lets the observer discover something unexpected or make them start thinking in different directions. Reoccurring in her work is the interest in the possibilities of the video as a medium, acting as a phenomenon, movements in the room, spatial installations and combining the spoken or written word with specially staged situations.