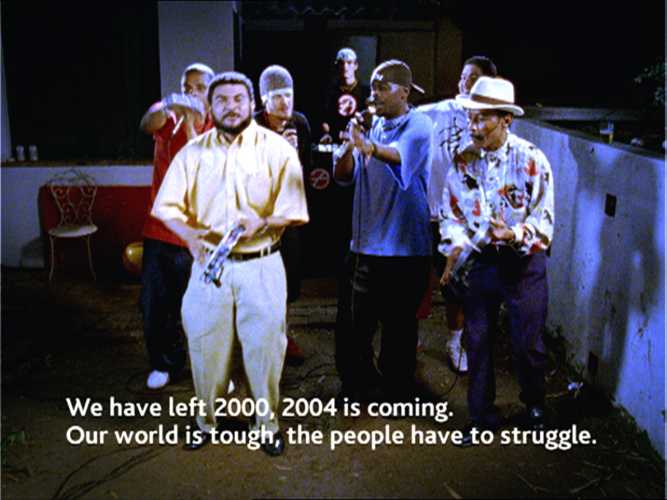 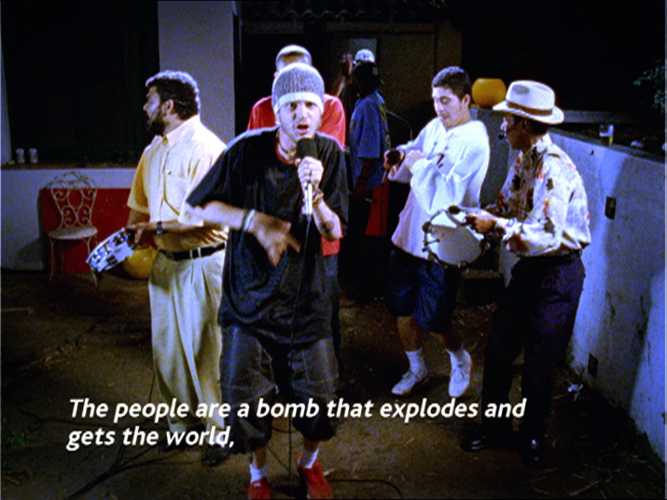 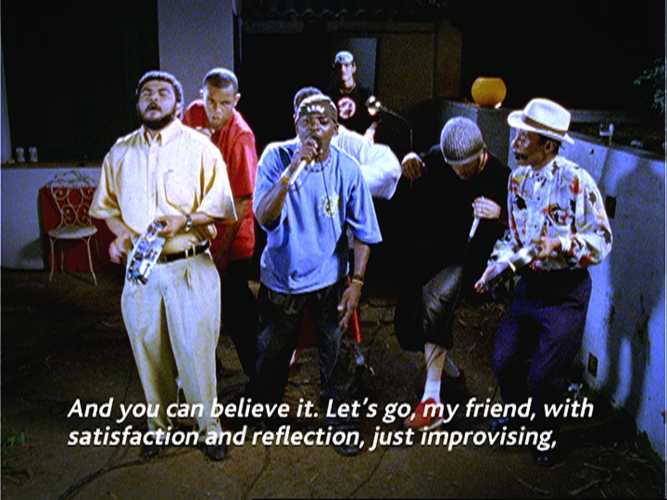 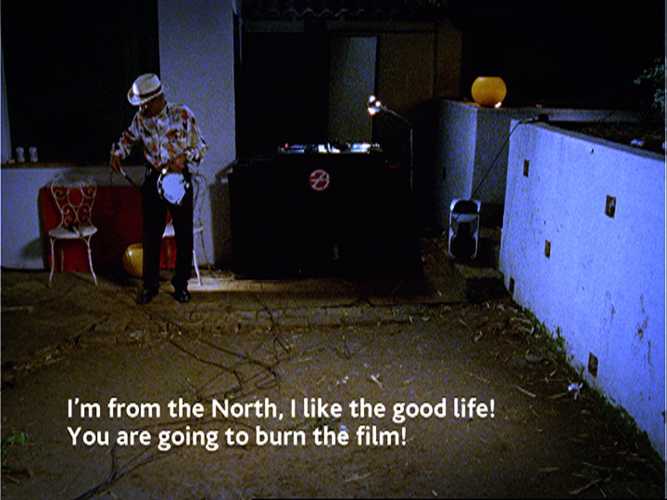 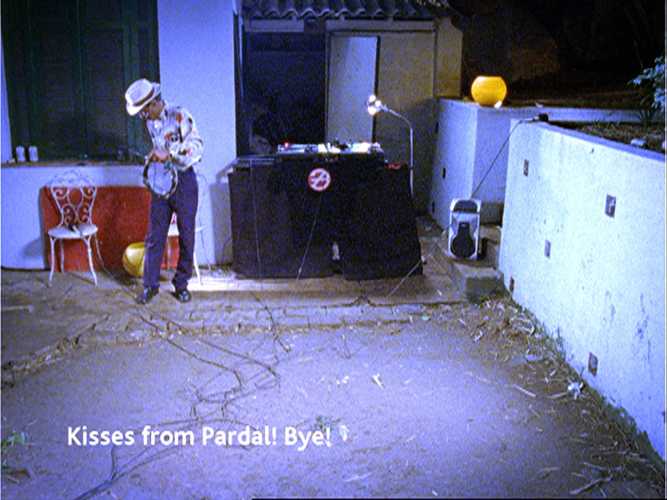 The Session
BY
Annika Eriksson

The increasing fluidity of traditional borders is manifest in The Session, a work in which two different styles of oral discourse are brought together and merge in a collaboration. Realized in 2004, it is a work, which springs out of my encounter with the street musicians Pardal da Saudade and Verde Lins. While working on a project in Sao Paolo, I came into contact with these “folklore rappers,” committed to the time-honoured tradition of Repente. These masters of improvisation do consequently express themselves in a quick-witted style of spoken word, which has represented the critical voice of the people since Brazil’s colonial times. Their tools are parody, humour and a swing that can overcome tough realities. Increasingly feeling that this sharp verbal tradition had striking parallels with hip-hop, I decided to explore the potentialities of a musical encounter. Because although they might at first glance appear antithetical, rap music and Repente both spring from a shared delight in improvisation and the spoken word. My suggestion was to bring these divergent forms of oral discourse together in a performance.

In realizing the project, I approached the hip-hop group Z’Africa Brazil, which seeks to assimilate the diversity of rhythm and word to summon the treasures of historic traditions. The process of building up the premises for the final production is a part of the finished product; the method is an intrinsic component of the finished work. In other words, I do see this mode of working outside an art context, as a part of the work itself.

In The Session, Pardal & Verde join Z’Africa Brazil, in a gig; a salutation to improvisation, with political undercurrents. The musicians are, however, merely a one part of a larger group of people who contributed to the realization of the production. The project consists of a film, capturing their gig, a poster, which provides information about the performers and a soundtrack. Ranging from cameramen, sound technicians and graphic designers, there was a network of individuals on whom I depended in the course of bringing my suggestion to completion. The working procedure is thus one of constant interaction and one in which a multitude of contributions bring about the final result. My role is as the perpetual overseer, holding the ultimate responsibility. It is significant to note that the degrees of control I exert over the people on whom I depend varies. When it comes to the individuals who occupy the stage, there is are no interferences regarding how the set framework is used, and my suggestion is ultimately open to interpretation. When it comes to the realm behind the view of the camera, however, I take a more instructive role, ultimately deciding the way in which the performance will be documented. I do, for instance, always use the camera as a filter of reality in the sense that I neither cut nor zoom. In The Session I sought to create a presence, an immediacy of the performance, and thus needed to formulate the parameters for the mode of filming. ﻿