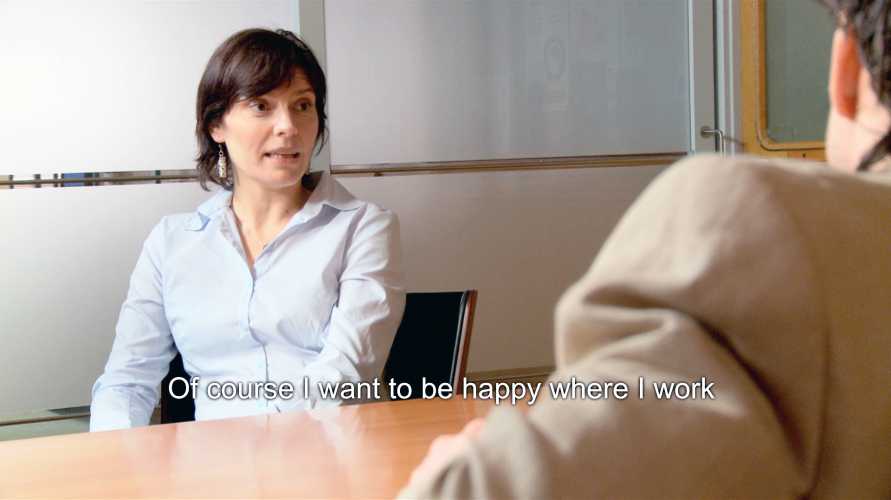 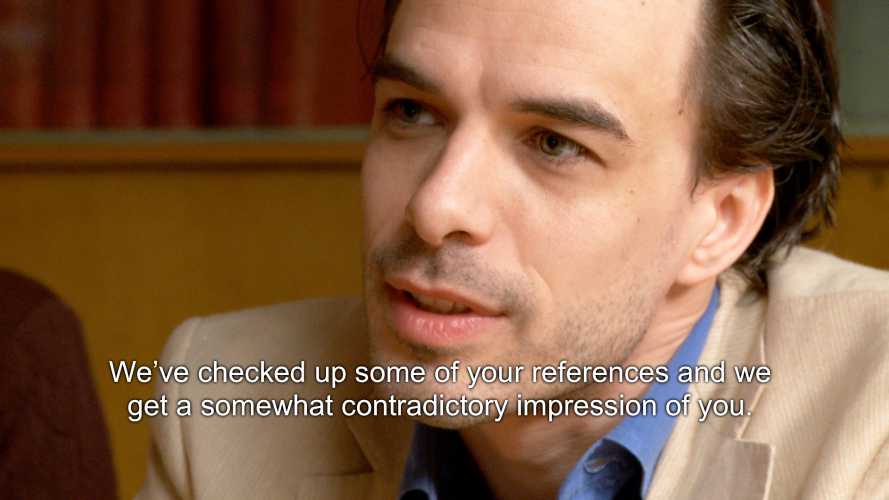 In Character
BY
Saskia Holmkvist

In Character takes its departure in methodical similarities used in interview techniques by linking a job recruitment and a cross examination at the police. To start off with, the actors broach a central theme on its meta-level that forms part of the communication structures and strategies of the talks. By means of a fluent changing of roles within the individual conversations, the protagonists modify their strategies and positions, unexpectedly generating new interactions in the process. The work raises questions relating to the fine line between dialogue and the demonstration of power that may occur in both the private and political levels.

The films In Character and Role Control are linked, but they can also be screened separately. ﻿