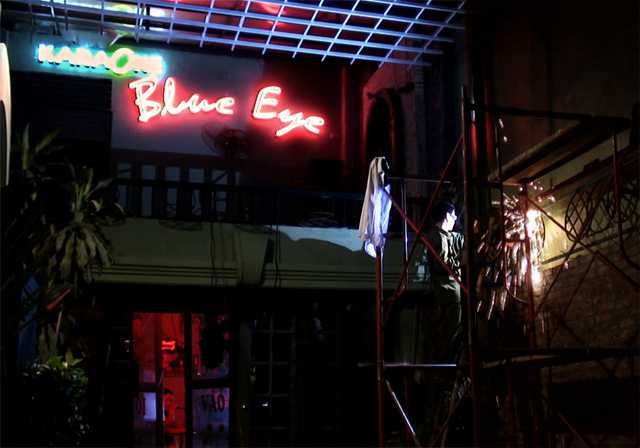 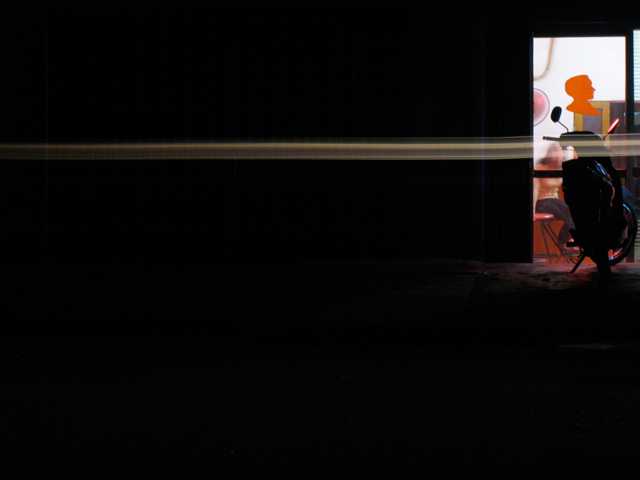 – If you don’t visit prostitutes you’re not a real artist!

What do you do when you’re realize that your friends actions contradicts your most fundamental moral values, can you still be friends? Blue Eye Red Light is based on interviews recorded in Hanoi, Vietnam, in the autumn of 2006. Three students from Hanoi University of Fine Arts talk about how it is to live in a society where visiting prostitutes is regarded as a normal part of social life.﻿

Ylva Landoff Lindberg has a MFA from Umeå Konsthögskola 2007, Sweden. She has taken part in several group shows, solo exhibitions and film festivals. For example the Short Film Festival in Oberhausen 2009, where ‘Birds Of Passage’ was screened within the theme ‘Unreal Asia’. Some of her exhibitions have been held in include Stockholm, Sweden, Venice, Italy and Kunming, China.

Through small stories she wants to reach the major issues. In this way she tries to understand what she is looking for. Thoughts that from the beginning are so grand that they’re next to abstract, have to discover a clear form. Clear enough for an audience to perceive what the artist herself, initially didn’t know she wanted to say. Her works are close to the documentary field. They are often presented as an installation where video, sound, photo and objects interact to embrace the visitor.

Most of Landoff Lindbergs works connect to Vietnam. It is a very exciting country where many things are happening right now, not at least in the art world. She was a student at Hanoi Fine Arts Academy 2004-2005, where she also learned Vietnamese. Hanoi has become a place that she always longs for and returns to. But it’s not uncomplicated feelings that keep her coming back, rather it’s the complexity that attracts me.