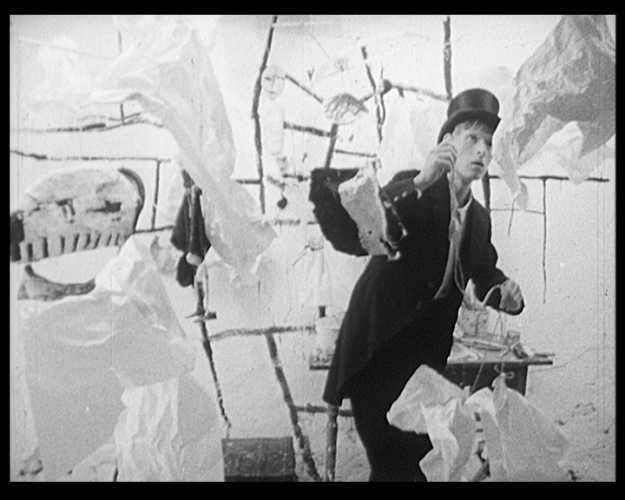 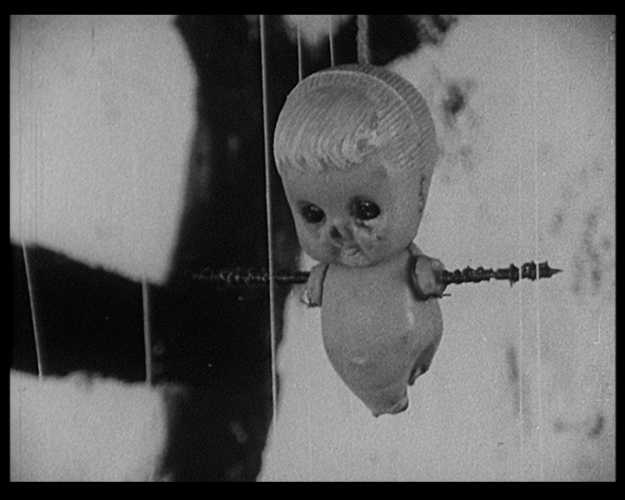 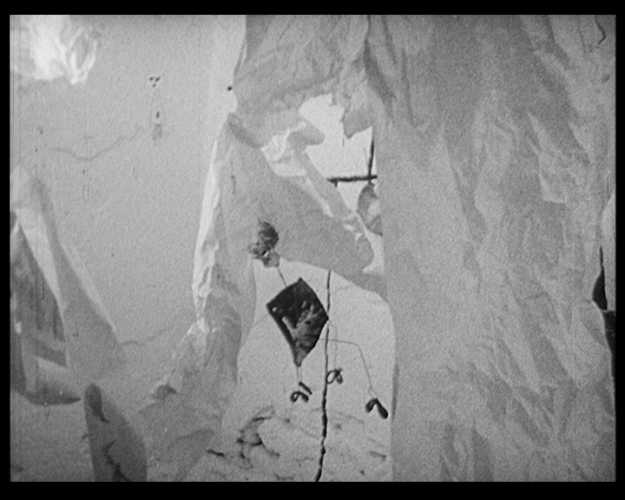 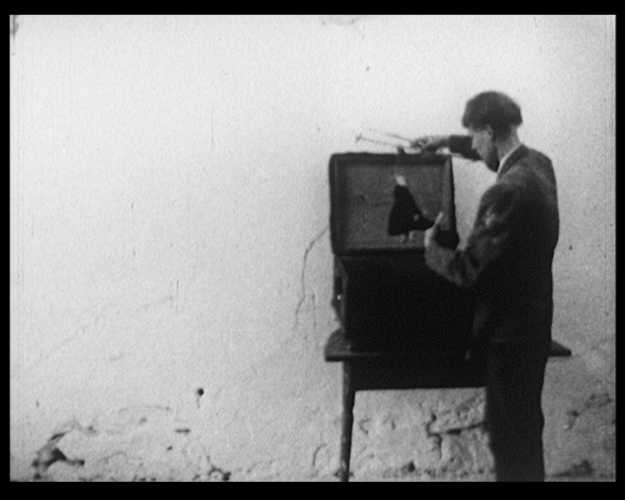 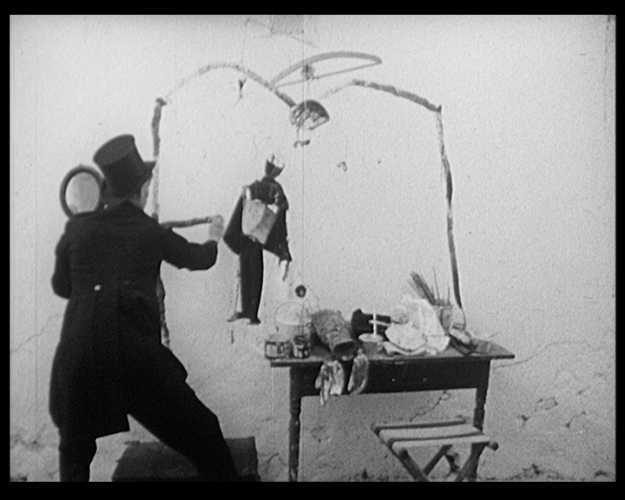 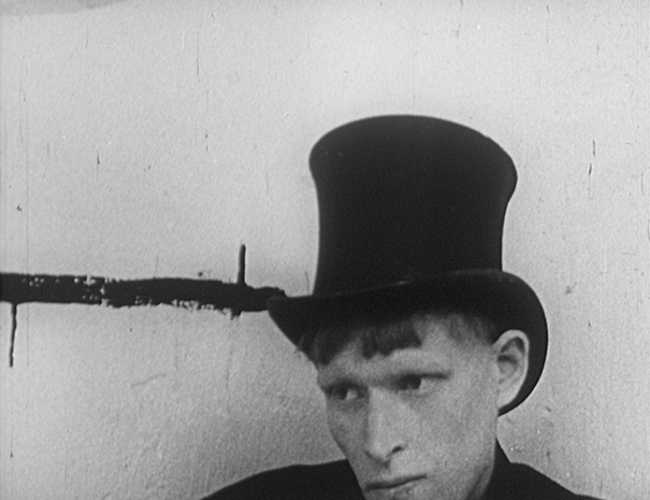 I frack
BY
Claes Söderquist

In Söderquist’s first film In Tuxedo, playfulness and improvisation are combined with absurd humor. An artist steps into an empty studio and begins assembling objects into a tree-like sculpture. The sculpture is adorned with small white paper clouds, puppets and undefinable items; all the while, the studio fills up with new things: a suitcase, a mirror and formal attire. The artist, now wearing a top hat and tuxedo, paints the paper clouds and the wall in a frenzy of activity, ending with his sitting exhausted in a corner surrounded by the mess he has created. The growing chaos, the various layers of narrative and the music of the soundtrack, which was improvised and recorded live during a viewing of the final film cut, interact in counterpoint.﻿

Watch at home on Vimeo Learn how to rent this work