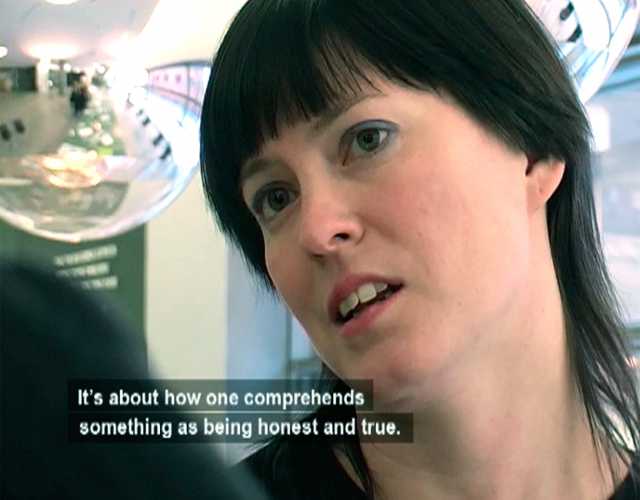 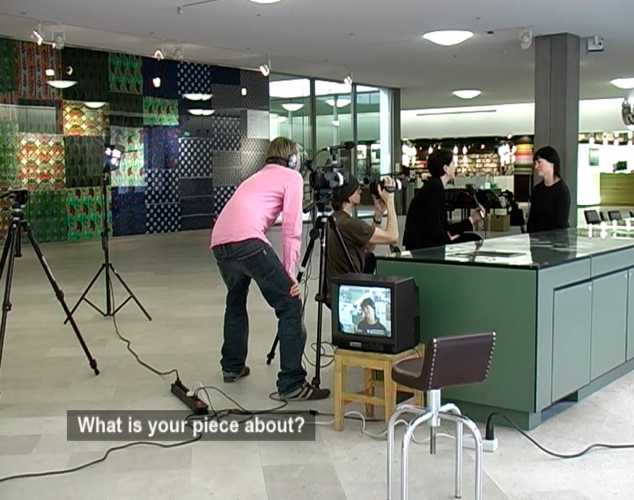 It’s about how we comprehend something as being honest and true, states Saskia Holmkvist. Over the eight minute film, Holmkvist is instructed in body language, posture, voice timbre, eye contact, in a process more associated with political careerism than artistic development. The revelation of the performance is itself carefully constructed. Shot in the Moderna Museet in Stockholm, from several angles using hand-held and fixed cameras, the film’s visual language of authenticity is itself a construction, a language created by media such as reality television. So, our supposed access to reality never quite resolves itself.﻿