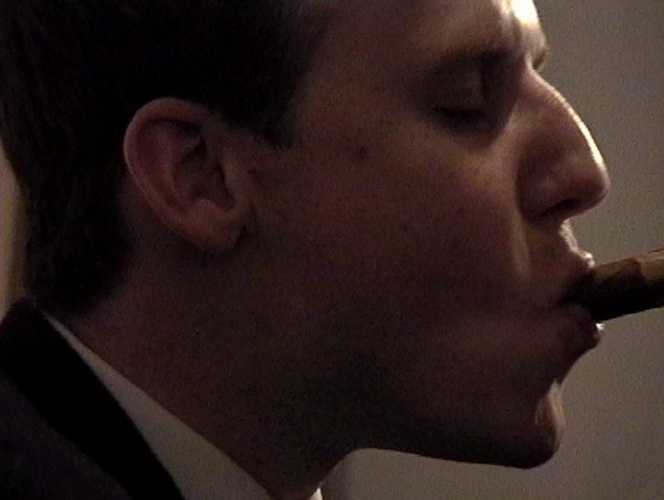 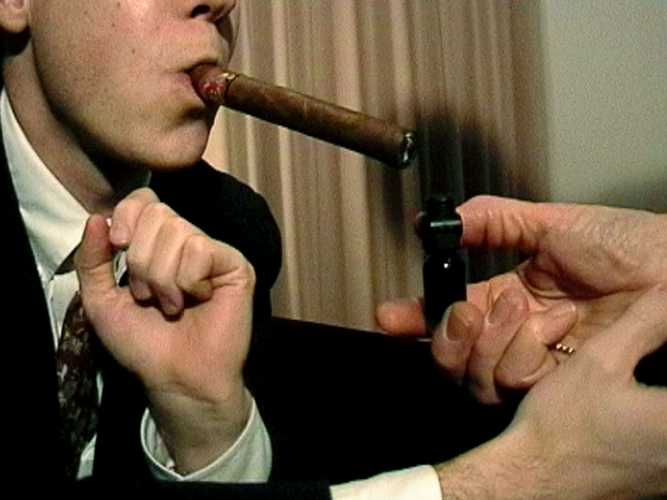 The opening scene in Cigar invites us into an air-conditioned office somewhere in the world. With all the delicate and smooth gestures of a connoisseur, a middle-aged man in a suit takes an expensive cigar out of a long, silver holder in a black leather case. Using the small guillotine of a cigar cutter, he carefully prepares it to be enjoyed. He gives it to his visitor and helps him light it. Their hands touch each other gently, the cigar is lit. With a nearly obscene concentrated enjoyment, the visitor smokes away in a sofa while the other man looks at him intensely. Despite the fact that the men in Annika Larsson’s works in many ways are caricatures of the typical Western male as a symbol of power, it would be wrong to say that she examines or critiques male power. It is more the peculiar erotic tension in apparently banal tasks that is important here. A man smokes a cigar while being watched by another one

/Sara Arrhenius, extract form the text ‘I wanna be your Dog’ first published in Tema Celeste 88, 2001.