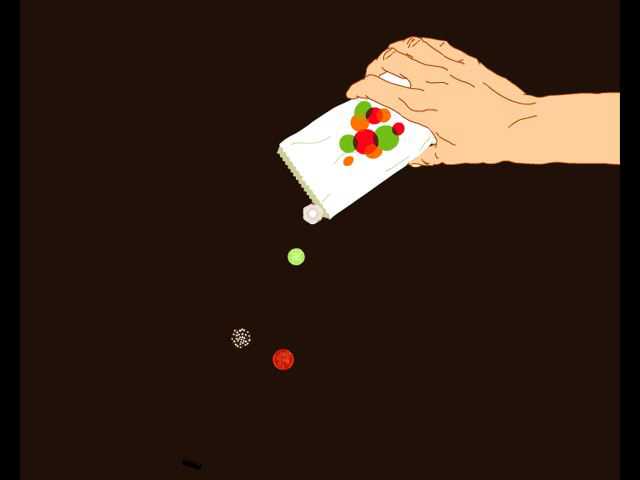 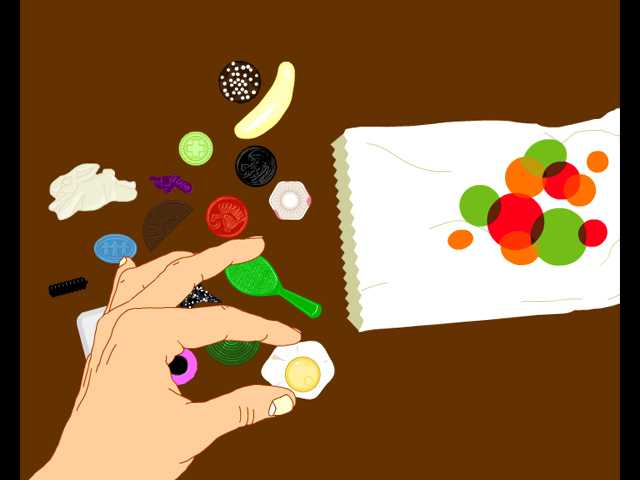 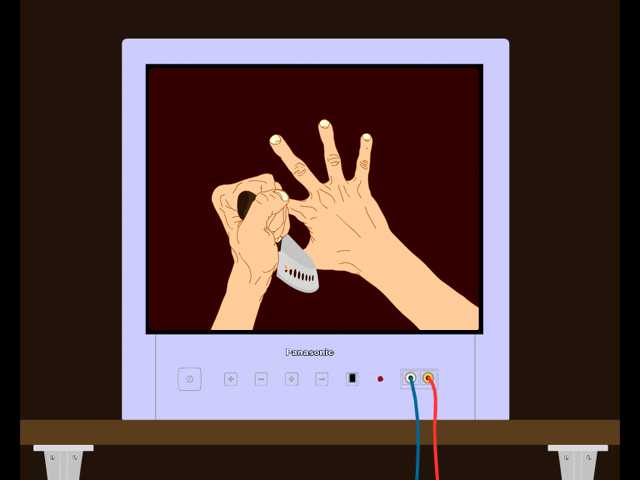 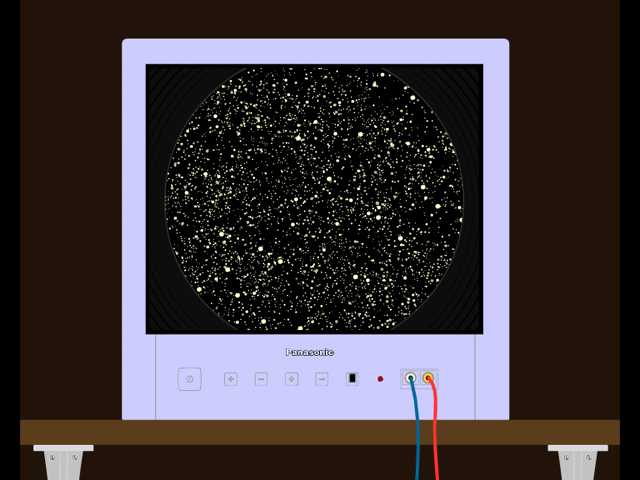 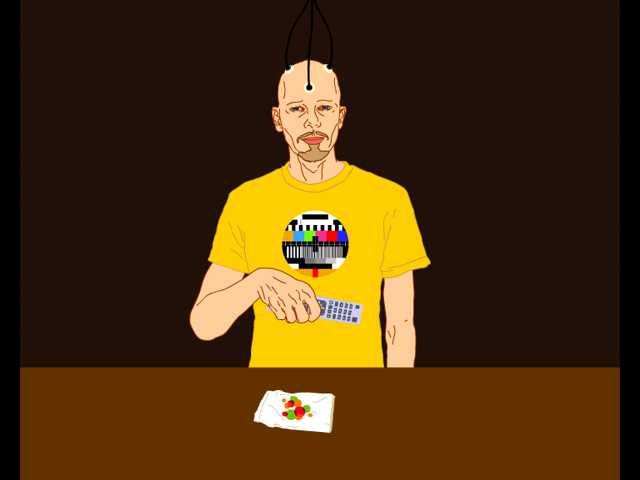 The film is partly a framework, partly a step up the ladder of the hierarchy of layers, without offering an exit. It contains several earlier animations, arranged in a sort of creational order and a kind of evolution in events and symbols (that moves from the smaller: the seed/egg to the larger: the stars) and hints at a kind of mental laboratory in which the processes are fuelled by the mundane activity of tv-zapping/candy-eating. The beginning and the end meet. Even if the candy is eaten and gives birth to the sequence of the ‘movies’ caught in the brain, you could (perhaps through Heisenberg’s uncertainty principle) never be sure if the empty bag (a ‘Bing bag’) in the finale isn’t hiding another set of candies. The chord struck at the end of the animation is already present at the beginning as a carpet of sound.