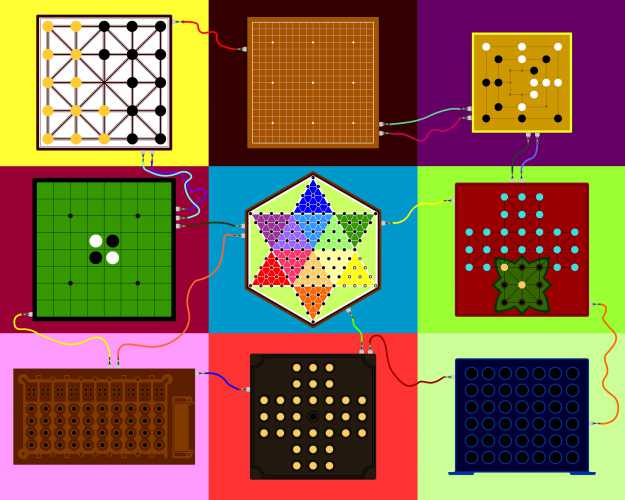 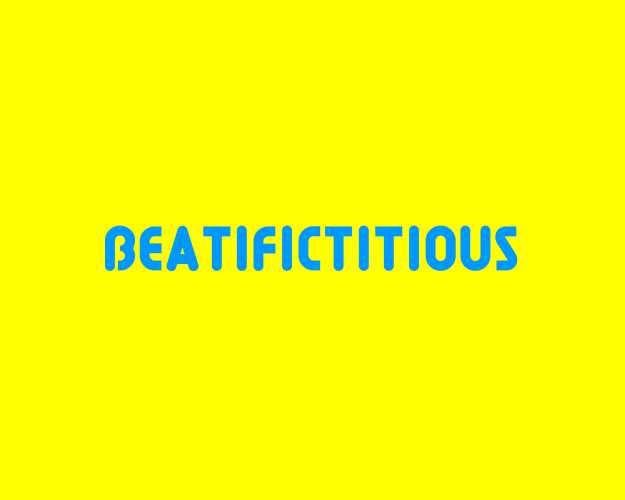 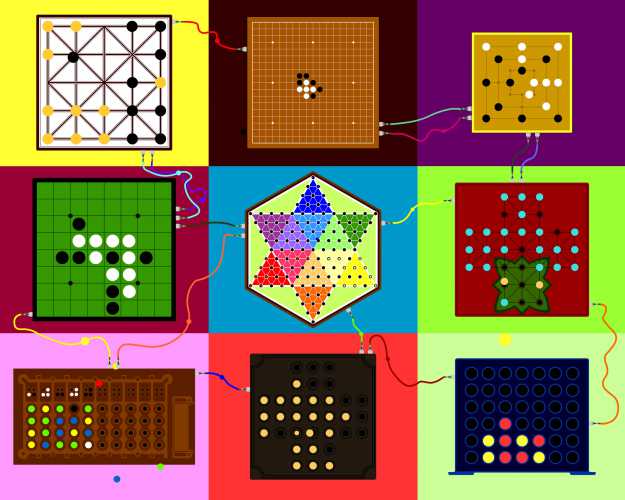 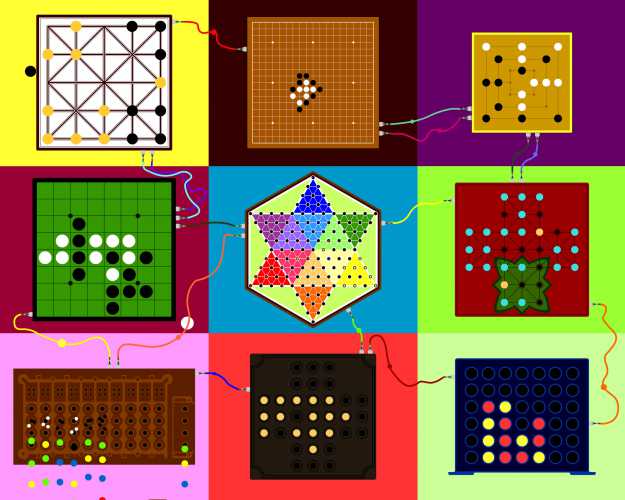 Connected loops of boardgames together builds up a rythm and kind of ongoing composition. The moves of the games functions as the notes in sheet music, where events are marked with drum beats. The irregularity of the loops in relation to each other makes the overall structure constantly shift and transform, even if the basic beahviour or rules never change. The piece is about the spontanous birth of complexitivity and it’s usually inherent property of consisitng of relatively simple parts. Parts that create and cooperate in kind of evolution without losing their character.