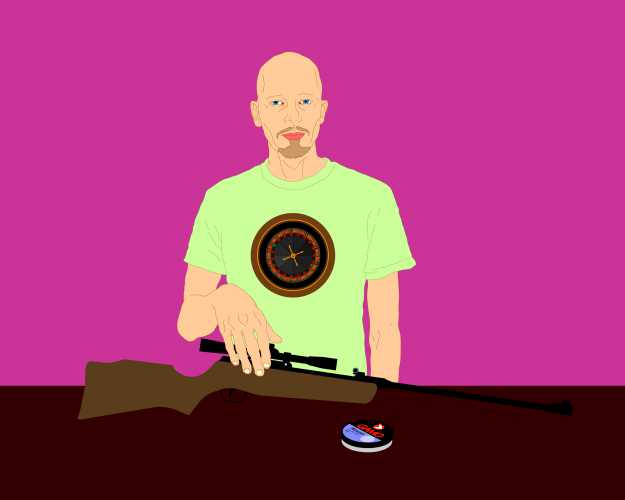 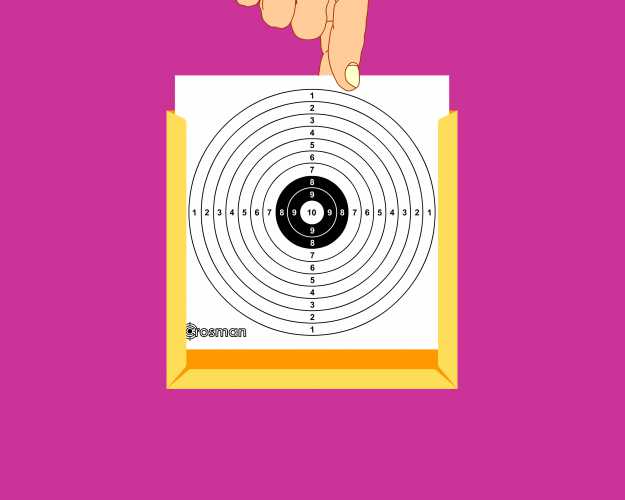 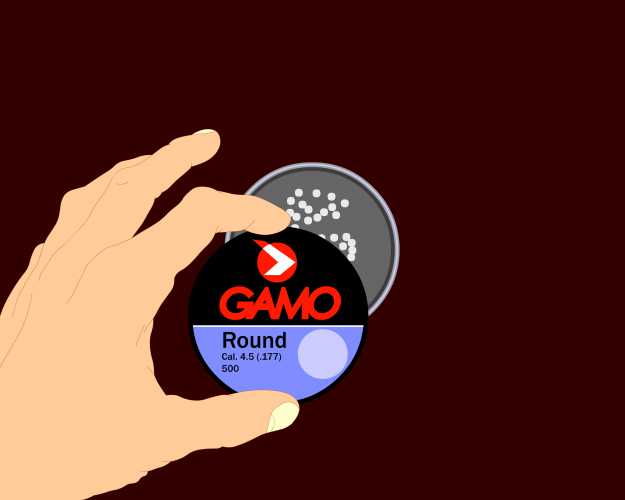 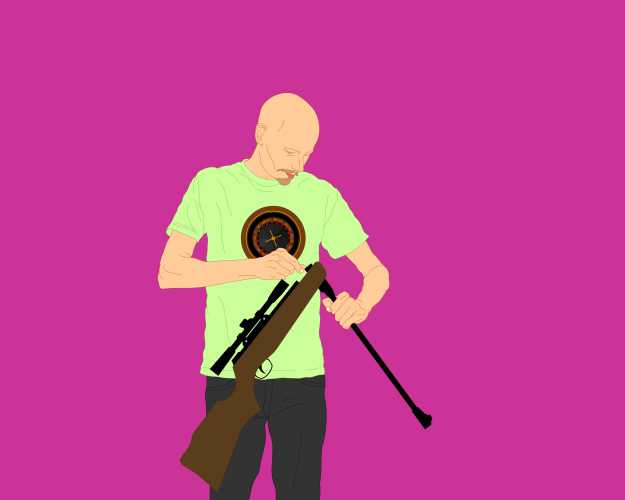 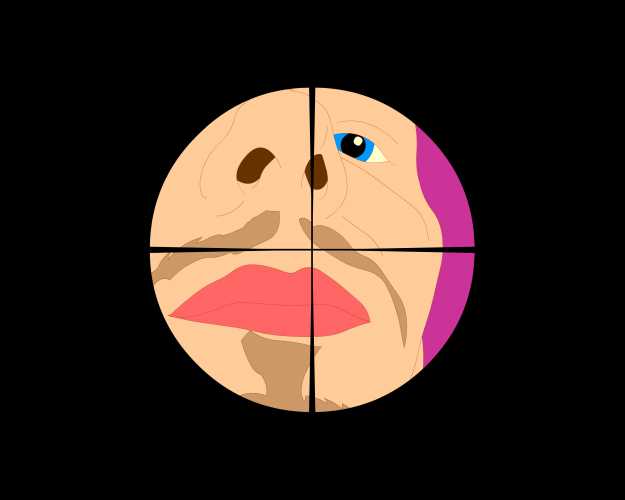 To be or not to be, that’s the question. The geomantic (geomancy = a divination method by interpreting haphazard patterns) sign ‘Amissio’ sometimes stands for ‘exit’ or ‘gambling’. I connect the idea of scar-patterns in the brain, caused by addiction to gambling, with the wish for annhilation or deliverance. In this animation, ‘Amissio’ could be interpreted as ‘I Miss You’ and ‘Be/Begone’ as ‘BB Gun’. A playful, but dangerous activity put in a ritualistic context: The fascination with airguns and the goal to score a bullseye builds up a diagram (‘Amissio’) which sums up the event and at the same time is a part of it.