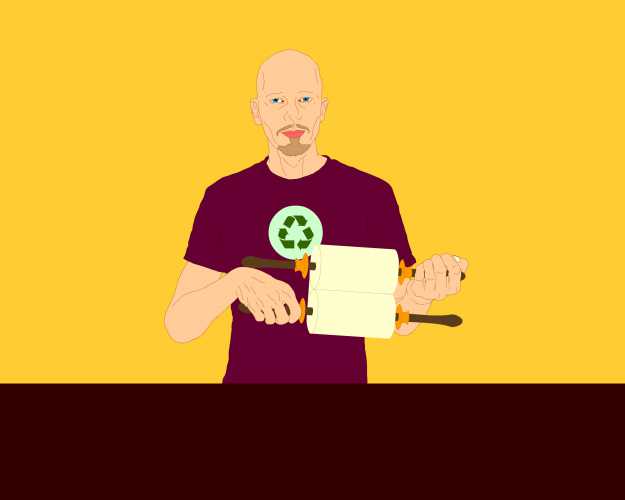 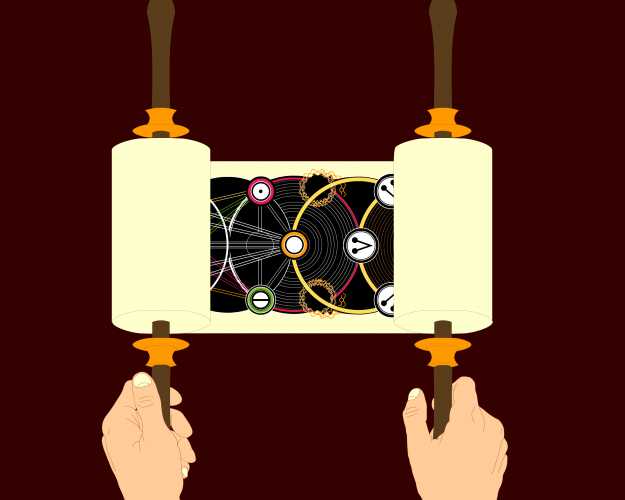 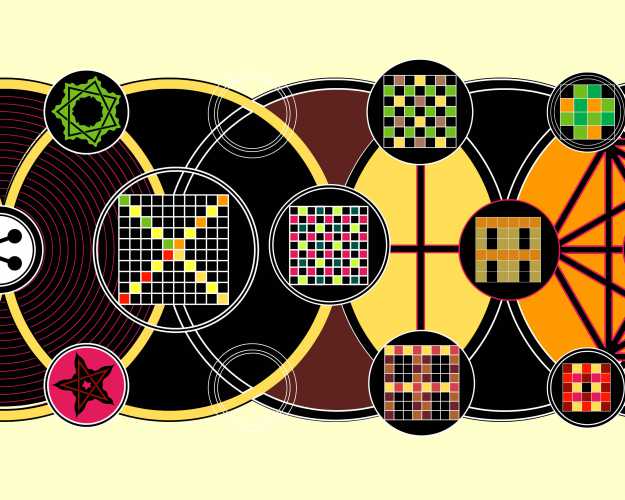 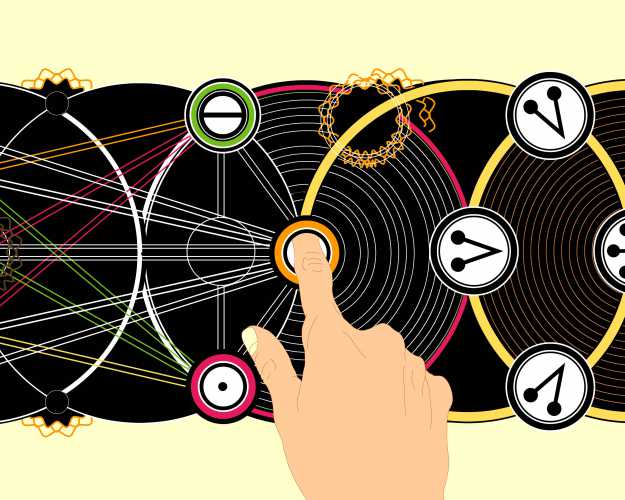 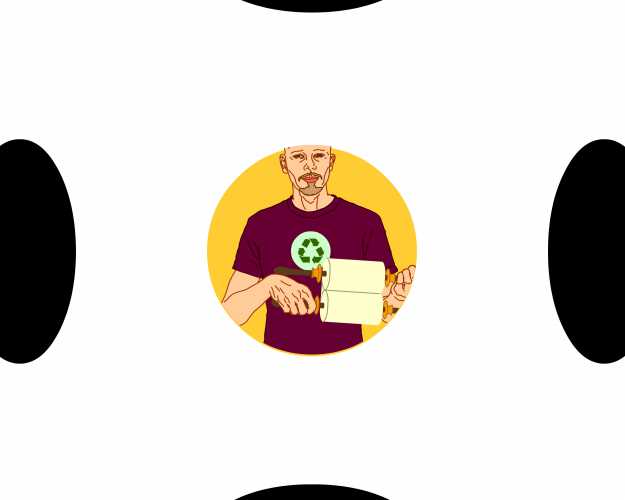 Inspired by Harry Smith’s print ‘The Four Worlds’ from the fifties and also writings by present day cosmologers concerning the folds and joints of a finite (or infinite) universe. The diagram in the film is loopable like a Möebius strip. The source of the cycle reveals a fragmented world of mirrors, a ‘scrolling’ and ‘rolling’ existence. The title refers to both scrolling and scrolls; ancient texts of wisdom, genres and recycling as wells as pop icon’s media covered flirting with sacred traditions. In the recycling-symbol on the t-shirt you could, with a little bit of imagination, find the traces of a hexagram.