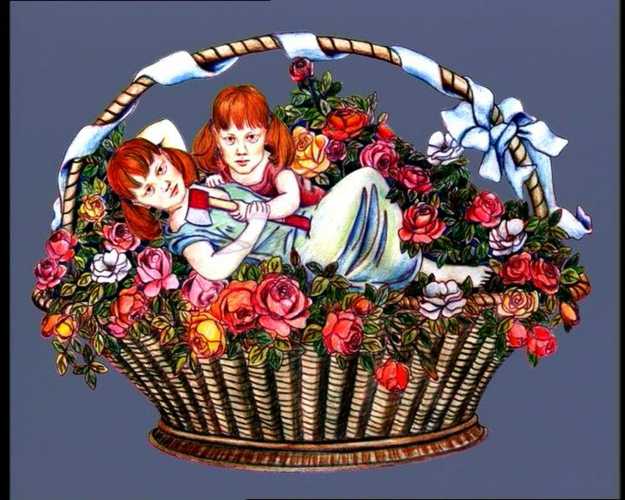 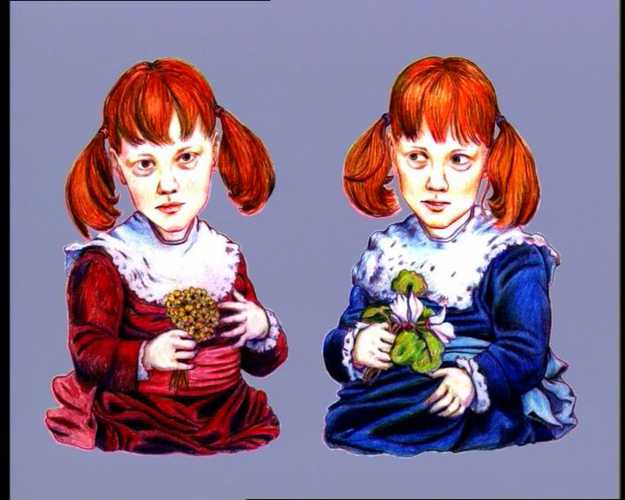 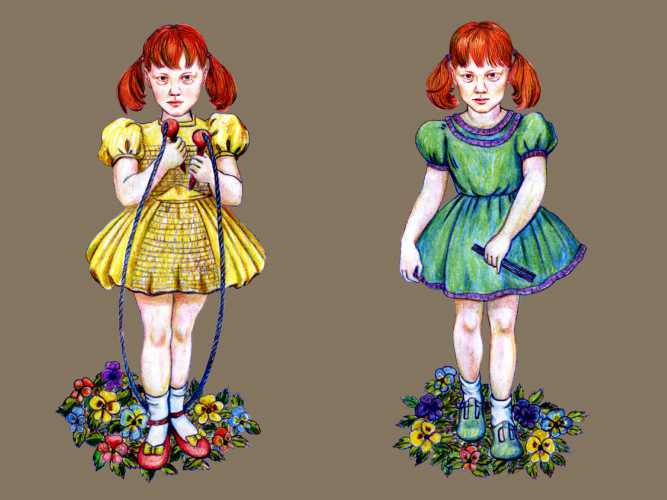 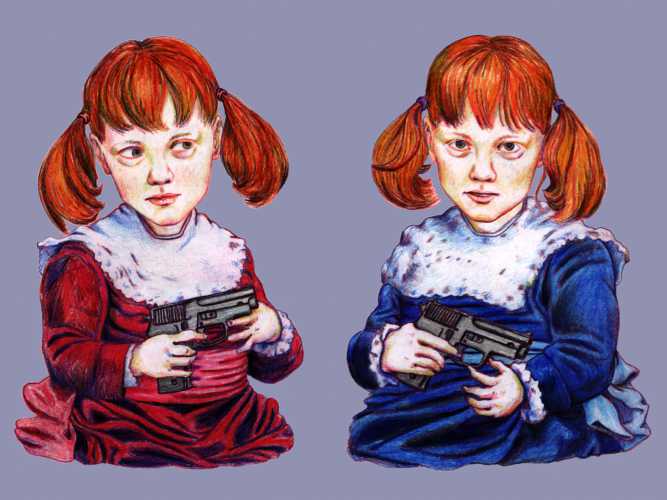 C is an animation that consists of five different, simply shaped scenarios. The separate scenes, presented by drawn figures of two young girls, all reflect a slow change between something good and something evil. Cecilia Lundqvist wants to show a possible outcome of children’s play, when access, opportunity and an impulse of wanting to hurt somebody else appear at the same time. This evil, that is usually well hidden by the sense of innocence that a small child generally generates, shows its face on occasions, causing us to feel shock and a lack of comprehension.﻿