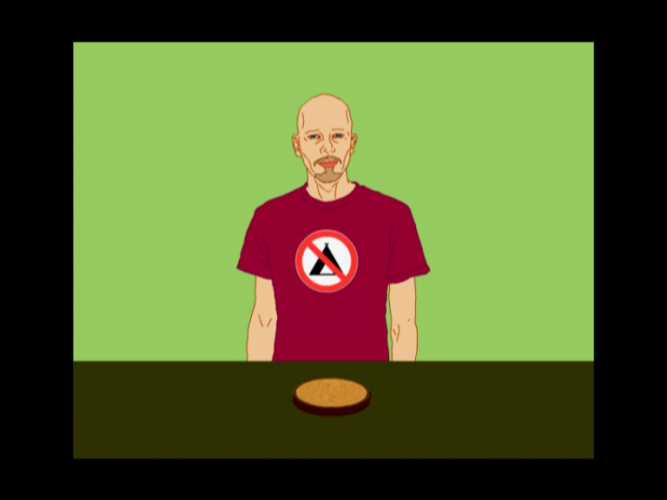 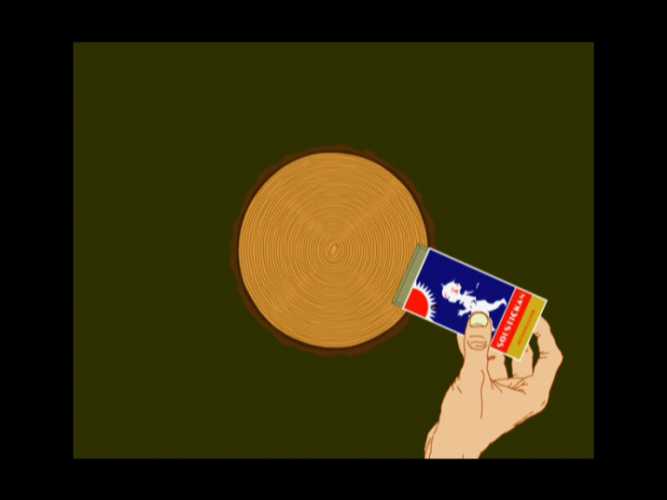 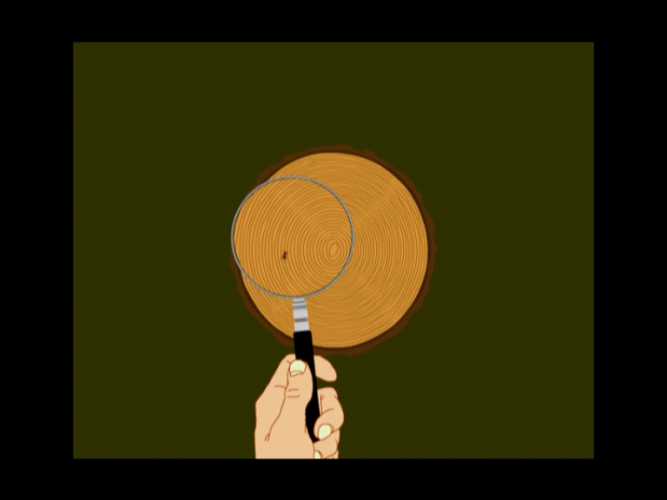 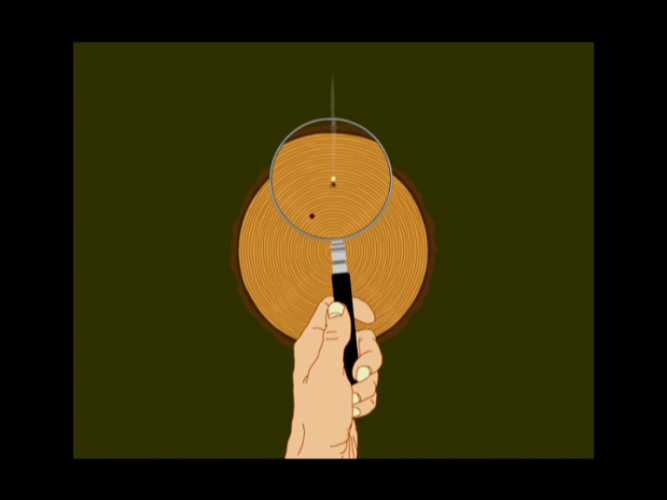 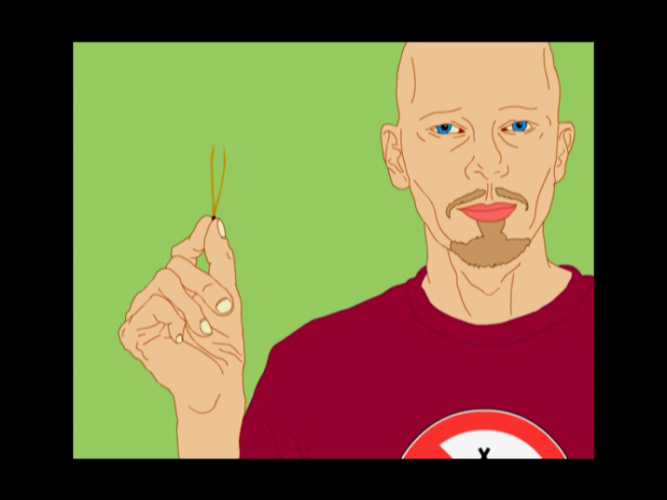 A man with a magnifying glass releases an ant, previously trapped in a matchbox (the brand name is ‘Solstickan’, the box featuring an image depicting a boy walking under the sun). The ant runs across a disc decorated with annual rings, cut from a tree. After the man succeeds in toasting the ant with the use of the magnifying glass and the rays of the sun, the disc has a burnt pattern in the shape of a pyramid, Pythagoras tetractys.

In the finale, the man seems to be signaling something with the help of a needle from a pinetree. The content of the animation is created by a fusion of diverse ideas and symbols (the no-camping sign on the t-shirt etc.) which are stretched out on a timeline. The title contains a couple of clues: Ant-ten-N/A = tenant = tan. The whole ‘story’ is presented through what could be considered like the act of a playing child, tinted with a mixture of curiousity and cruelty.