Welcome to an evening with screenings and discussions with Stockholm-based artist Tris Vonna-Michell. His work has been presented widely in museums, biennales and galleries, most recently at Jan Mot in Brussels in March 2022. Vonna-Michell’s work utilises a plethora of technical devices, modes of presentation and installational approaches, encompassing performance, audio recordings, slide projection, poetry, sound poetry, printed matter, photography, 16mm-film, super-8 and the installation broadly defined.

Introduction and Q&A with the artist led by Martin Grennberger. No entry fee but limited amount of seats. Please book a seat in advance. RSVP to: info@filmform.com

The screening is arranged as a collaboration between Walden & Filmform. With thanks to John Sundholm. 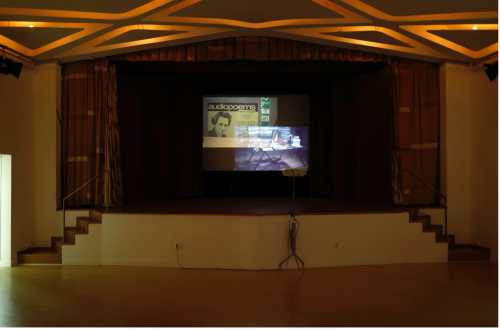 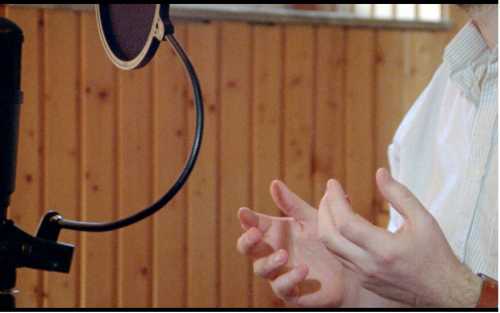 ”Registers is a film consisting of an animated sequence of photographs taken during a trip to Japan made by the artist in 2008. Images of transient and consumer spaces such as underpasses, viaducts, docks, stations and shopping malls are reassembled in an anachronistic narrative. The soundtrack that accompanies the film is the result of a montage of musical compositions by musician Jan Matthé and field-recordings and spoken word by Vonna-Michell.”

“The film installation Chopin (Alma Verse), 2018, is the last iteration belonging to the work, Finding Chopin (2005-2018). It brings together scenes of a tableau of staged objects, ephemera, slide projections and spoken word. In a way, the emergence of the film came from a necessity, a need to capture and timeline the disbanding threads of Finding Chopin. The idea behind making such a film evolved from a residency and having the opportunity to be in the city while an exhibition of mine was up. I visited the show sporadically during my residency and witnessed how quickly and unpredictably certain slides would fade, discolour, image alignments wander, projections lose focus and how the objects and prints on the table would wilt, disappear, re-appear and collect dust.” – Tris Vonna-Michell

“The film Smoke & Mirrors (2017-2018) revolves around projections, optics, fidelity and an attempt at slide technology preservation, while interweaving several reflections on recording and projecting devices and transitory non-places. The phrase Smoke & Mirrors derives from 18 and 19th century phantasmagoria shows, and more recently it is used as a metaphor for a deceptive, fraudulent or insubstantial explanation or description.” – Tris Vonna-Michell