Utveckling? by Sven Elfström in Berlinale programme at Arsenal 3

Utveckling? (Progress?) by Sven Elfström will be shown in the programme Archive außer sich: Odd Ones Out – Films from the archive of the Short Film Festival Oberhausen whose history has not yet been written. The programme will be available online between 1-31 March and has been curated by Arsenal 3. 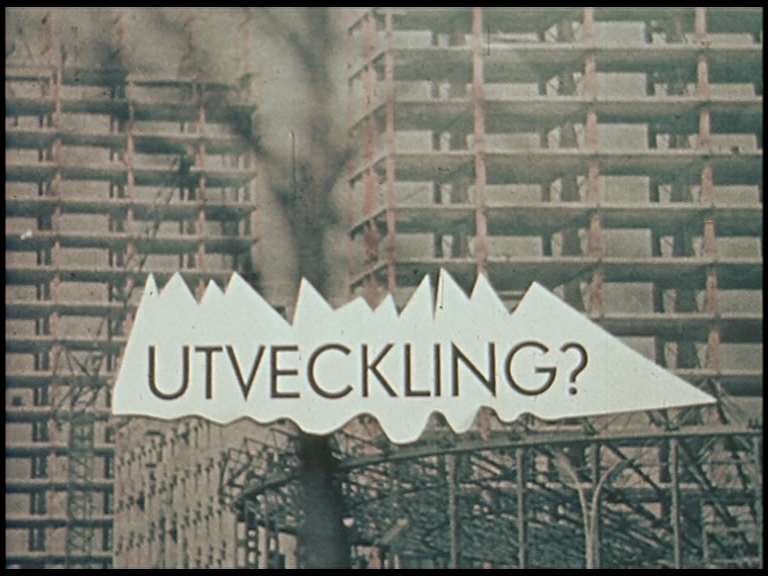 Since 2018, the project “re-selected – Film History as Print History” has focused as part of “Archive außer sich” on selected films from the analogue holdings of the Archive of the International Short Film Festival Oberhausen, examining film history as the history of individual prints. Entitled Odd Ones Out, “re-selected” presents films on arsenal 3 in March whose prints from the archive of the festival have rarity status. Some of them were therefore digitised in the course of the project.

On 18 March at 6 pm there will be an online discussion moderated by Nikolaus Perneczky with Tobias Hering, the curator of “re-selected”. It will be broadcast live on Arsenal’s Youtube channel and questions can be asked via the chat.