The digital festival My Darling Quarantine has emerged as a response to the ever growing numbers of cancelled screenings and film festivals all around the world. Every week a programme of seven short films on the topic dystopia will be presented. During the fifth week of the festival (13/4—20/4), Maja Borg’s Ottica Zero is available to watch at the festivals webpage below. 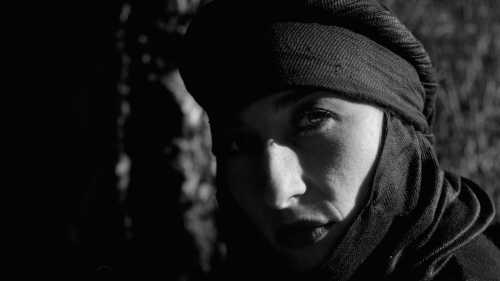 In light of the current COVID-19 situation that is unfolding across the world, we have witnessed many great cultural events being cancelled or postponed to the second half of the year. Yes, we are already looking forward to some extensive simultaneous festival hopping in the near future, but we don’t want to sit still until that happens and will keep spreading the short film love much quicker than any virus.

Thus, we proudly present the first – and hopefully only – edition of the My Darling Quarantine Short Film Festival!

Every week Talking Shorts will present an online programme of seven short films on the subject of “dystopia” that have been suggested from our quarantined short film friends around the globe. The audience can then vote for their favourite film.

But there is more to it than just a fun game. COVID-19 affects everybody. However, some less fortunate people are affected more than others. Thus, we want to support those in need and set up a GoFundMe page where you can support the following two causes:

— Medecins Sans Frontiers is currently working hard to avoid a major COVID-19 outbreak among the 42,000 asylum seekers trapped on the Greek islands. Furthermore, they are supporting people worldwide that have no access to a functioning health system and need help and support to deal with the outbreak. We want to donate 50% of the proceeds to that cause.

— Cultural institutions and workers, especially those who work freelance and receive no institutional funding, are facing a time of crisis. Public life is coming to a stand-still, places are shutting down and people are losing their jobs. We want to donate the other 50% to those in culture that are most affected, decided together by all the initiatives, programmers and festivals that are taking part in the online event.