Jordmannen in Berlinale programme at Arsenal 3

Jordmannen by Muammer Özer will be shown in the online programme “JuneFiktionsbescheinigung. 16 Cinematic Perspectives on Germany” at Arsenal 3 in collaboration with Berlinale Forum. The programme will be available online between 9-30th June and has been curated by Karina Griffith, Can Sungu, Biene Pilavci, Enoka Ayemba, Jacqueline Nsiah. 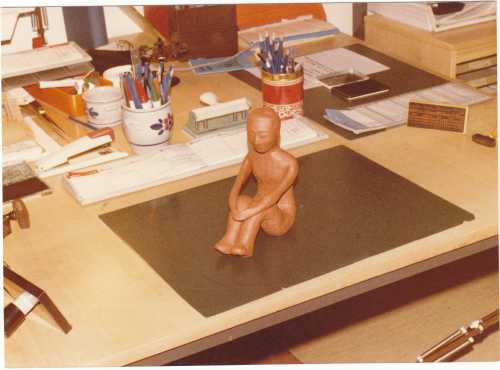 The connections between culture in general, cinema in particular, society and racism are currently the subject of controversial discussion. The Berlinale Forum steps into the debate by presenting the film and discussion series “Fiktionsbescheinigung. 16 Cinematic Perspectives on Germany” an experiment in shared curatorial responsibility that puts a spotlight on a chapter of German film production that has been unfairly neglected.

The Berlinale Forum harbours a keen interest in the areas of film history yet to be properly illuminated and is always looking for new ways to think about the relationship between cinema and society. Both interests come together in this year’s special programme “Fiktionsbescheinigung. 16 Cinematic Perspectives on Germany”. The film and discussion series being put on in collaboration with SİNEMA TRANSTOPIA is dedicated to the work of Black directors and directors of color in Germany.

The films were selected by the curators Enoka Ayemba, Karina Griffith, Jacqueline Nsiah, Biene Pilavci and Can Sungu. Eight programmes consisting of features and shorts bring together works from across four decades, including Tour Abroad by Ayşe Polat (1999), Gölge by Sofoklis Adamidis and Sema Poyraz (1980) and In the Name of Scheherazade or the First Beer Garden in Tehran by Narges Kalhor (2019). Some of the films pick up on the experience of migration, addressing it directly or in more mediated fashion, just as others allow themselves the freedom of no longer taking it seriously. While Mala Reinhardt’s The Second Attack (2018) grapples with the structural racism of the majority society in unflinching fashion and indicts the failure of the authorities in the case of NSU terrorism, Visar Morina’s Exile (2020) is primarily interested in the subcutaneous effects that the experience of racism has on an individual. Sheri Hagen’s At Second Glance (2012) makes specific Black experiences visible but not in such a way that they determine an individual.

The five curators explain their selection in a statement: “The series sees itself as a snapshot of an ongoing, self-determined process of intervention and protest. Each of the films functions as a suggestion as to how the white German gaze can be countered with diverse, intersectional perspectives, with all of them having one thing in common: their own visual and textual practice of testimony from within, not from the margins.”

The films can first be seen from June 9 to 30 on the streaming platform of Arsenal – Institute for Film and Video Art (https://www.arsenal-3-berlin.de/en/). The discussion programme, which includes talks with the filmmakers, experimental, interactive formats, panels with scholars, festival programmers, actors and the curators, a keynote speech by scholar Kevin B. Lee and a lecture by filmmaker Biene Pilavci, will be taking place online. The film programme will be shown in August at SİNEMA TRANSTOPIA’s (https://bi-bak.de/en/bi-bakino) outdoor space.