Diamond People by Sara Jordenö will be installed as a loop in the extensive exhibition Europa Endlos at Kunsthal Charlottenburg between 21 March – 11 August. The exhibition is curated: Henriette Bretton-Meyer. 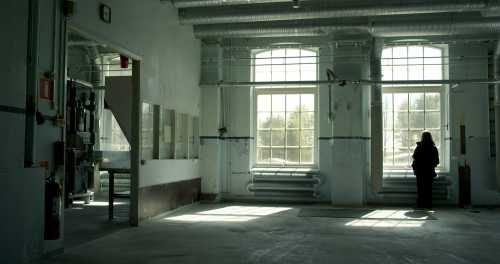 EUROPA ENDLOS
In collaboration with CPH:DOX

In 2019, Kunsthal Charlottenborg puts Europe and the EU on the agenda with the group exhibition Europa Endlos presented in collaboration with CPH:DOX, one of the world’s most important documentary film festivals.

The exhibition runs during the spring of 2019 which is marked by two central events in EU politics: Brexit which is Great Britain’s planned exit for the European Union on 29 March 2019 as well as the elections to the European Parliament on 26 May 2019. Both events challenge the democracy and will affect the lives of millions of Europeans and further afield.

Curator Henriette Bretton-Meyer has selected art works created by a number of today’s most prominent artists, who look into stories and themes central to the upcoming EU elections such as identity, labour, borders, community and migration. The art works are exhibited in Kunsthal Charlottenborg’s north wing within a significant exhibition architecture and will be accompanied by numerous discussions, talks and film screenings in collaboration with CPH:DOX.

Artists in the exhibition
The exhibition presents installation, sculpture, film and photography by the international artists Monica Bonvicini (1965, Italy), Jeremy Deller (1966, Great Britain), Daniil Galkin (1985, Ukraine), Sara Jordenö (1974, Sweden), Bouchra Khalili (1975, Morocco), and some older exponents such as Jimmie Durham (1940, USA), the artist duo Fischli Weiss with Peter Fischli (1952, Switzerland) and David Weiss (1946 – 2012, Switzerland) as well as the pioneers Olafur Eliasson (1967, Iceland/Denmark) and Wolfgang Tillmans (1968, Germany). All the selected art works deal with current topics regarding Europe today and EU’s role in the future, some with an activist approach, others in a more documentary style.