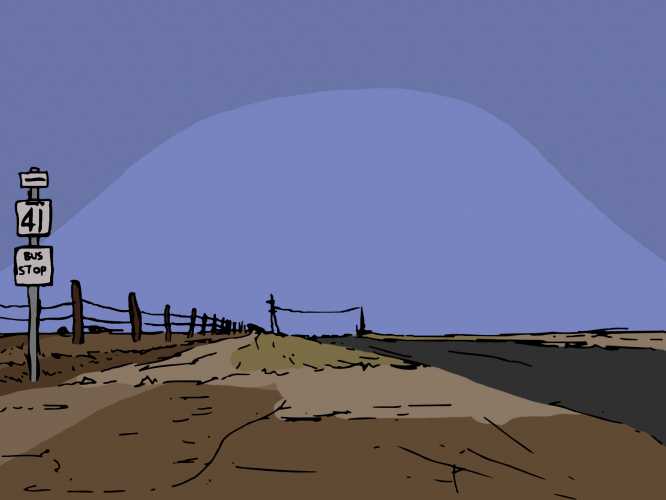 The famous cropdusting scene from ‘North By Northwest’, one of the most classic action sequences ever made – but in this version in an animated setting and without the people, vehicles and dialogue that originally create the action. ﻿