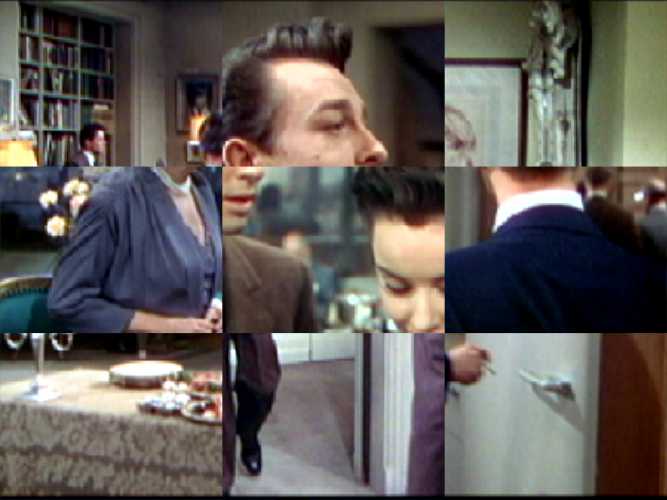 In September 2002 the video Nine Piece Rope was finished. It’s Alfred Hitchcock’s ‘Rope’ compressed into two minutes and ten seconds, cut into nine pieces, and put together again in a non-chronological order. The work is trying to move the focus of the viewer from the place the original filmmakers had in mind, to other, more peripheral areas of the image.﻿