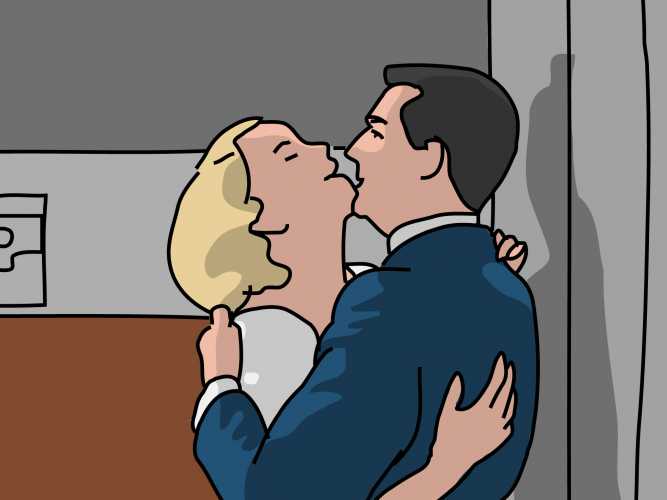 879 is based upon 879 drawn still images from Alfred Hitchcock’s classic ‘North by Northwest’, originally made in a transparent black and white version in 1998. This is the colour version of the same work. The images, that were chosen from the Swedish translation of the movie, were replaced in cronological order, two frames per illustration, and through this a completely new expression and a new work is created.