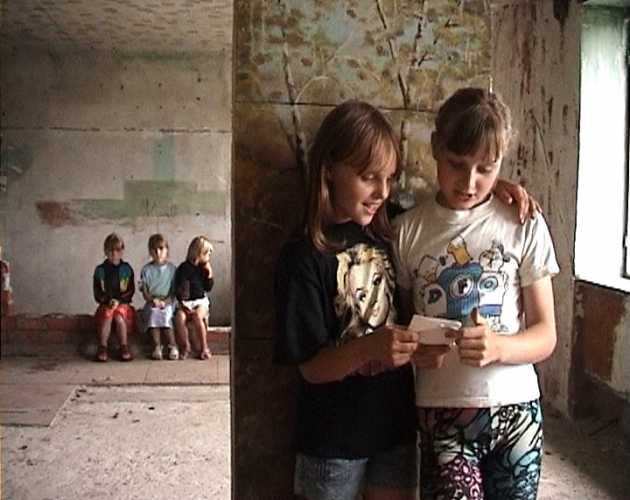 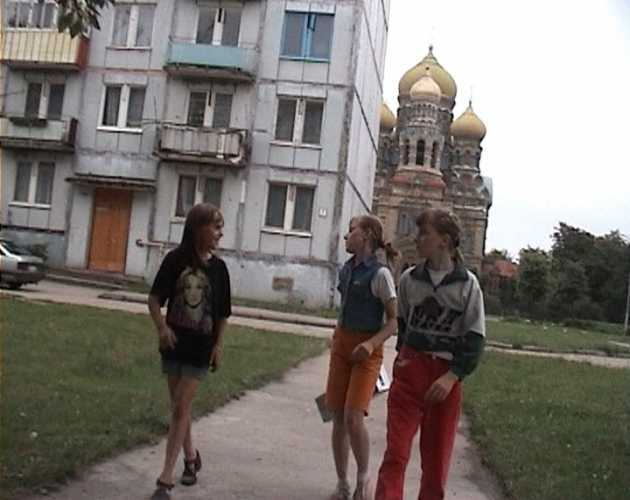 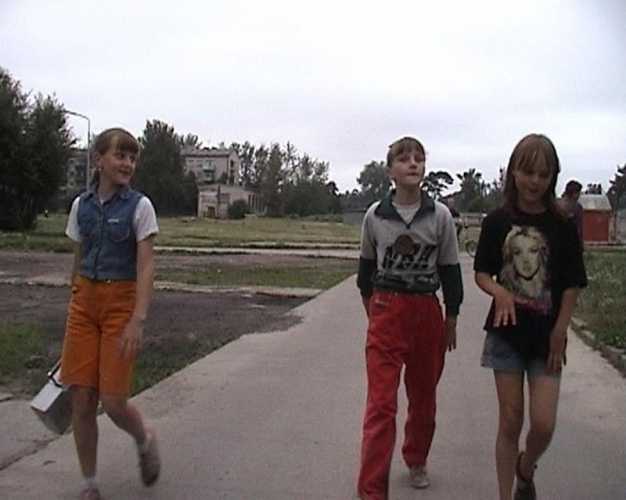 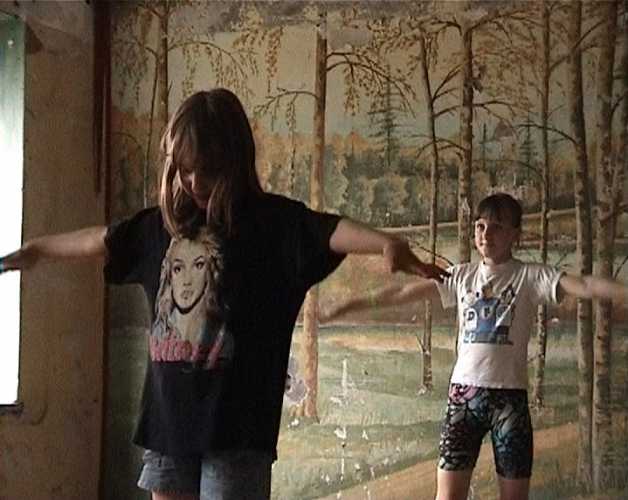 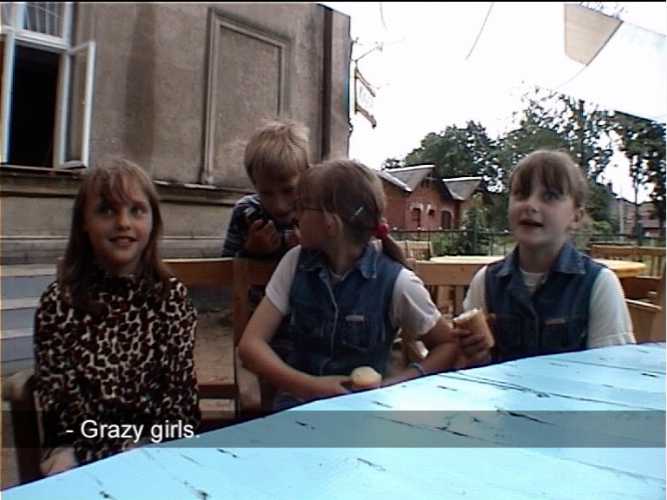 The Crazy Girls, Annija, Katrina and Agnese dance through neglected streets singing songs you’ll be familiar with. Oblivious to their surroundings, they try to concentrate on the beat and tempo of the music as they dance towards the camera. But the Crazy Girls are not the latest girl band, but three ten year olds from Karosta, a former Sovjet naval base and suburb of Liepaja, Latvia. The interview and film by Swedish artist Jesper Nordahl adds to their armoury of girl band accoutrements – they have the group, the music, the choreographer – the dream is once more reaffirmed. They are passing their time playing-out the same harmless dream that occupies many children their age, to be like the famous people most similar to them, in this case Britney Spears and A-teens, a Swedish Abba cover band. ﻿