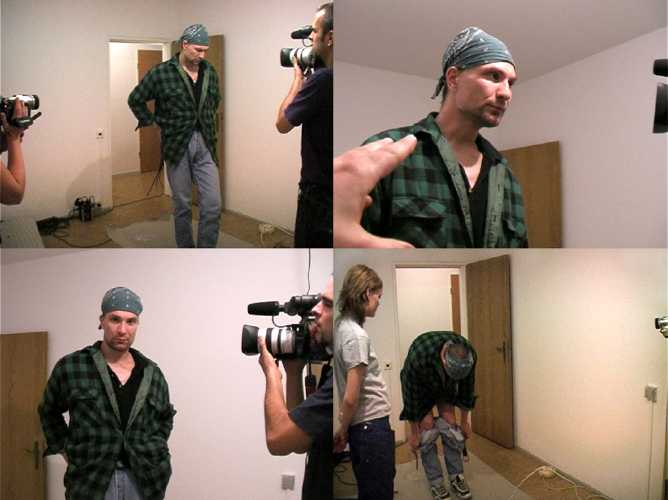 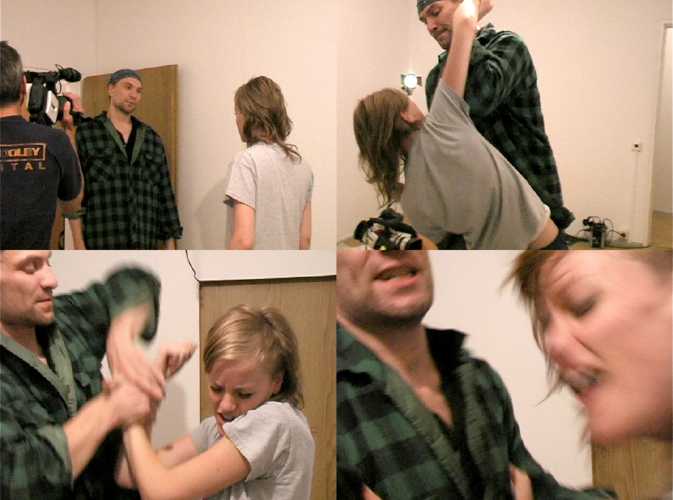 Sketch for a Rape Scene
BY
Jannicke Låker

The video had the intention of being a work that shows the production of an action scene. Both the actors and the film team are visible on screen. The story is based on a representation of a rape. The work is about the situation during the production (the shooting) and the relationship between the director and the actors. The male actor experiences problems performing his roll as an abuser. An awkward situation between the director and the actor arises.

In his roll as an abuser, the man becomes a victim of the director’s mental violence. The scenes are repeated, over and over again, interrupted new take etc. The result/outcome shows the repetitions of the scenes. ﻿

Ironically the video, during the production, changed character and became something different than ‘planned’. That’s exactly the ‘stunt’ in my works. The director was supposed to rule during the production, but in the real situation, the power instead alternated between the actors. During the editing of this material I could discern that the staccato, fumbling and unprogressive action had the value of being rather strange and humorous.﻿