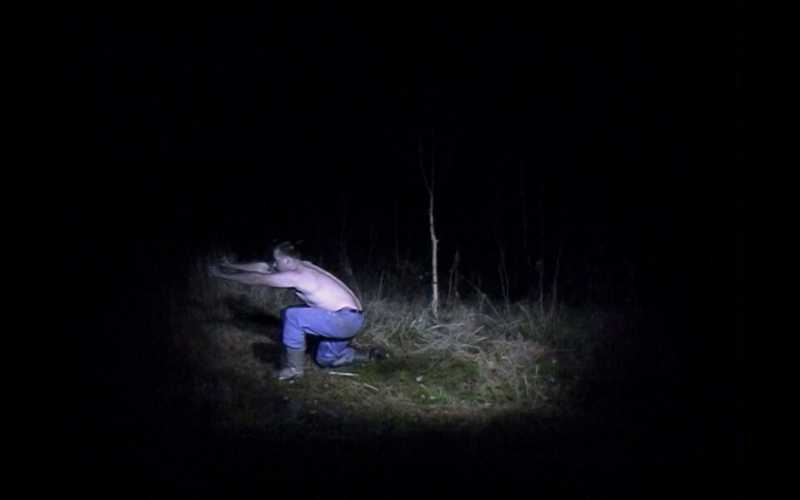 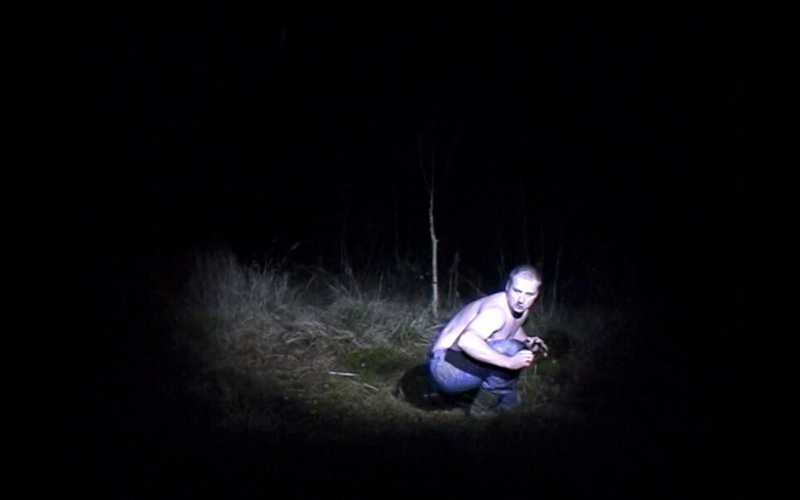 The Dell
BY
Jannicke Låker

The Dell depicts a farmer showing off his strength and skills in martial arts. It is evening and the man is standing in the middle of a field. He is shouting in paranoia to enemies (the little people) lurking in the bushes. His unsteady moves are more reminiscent of activities in a boys bedroom than of those in a film with Bruce Lee.