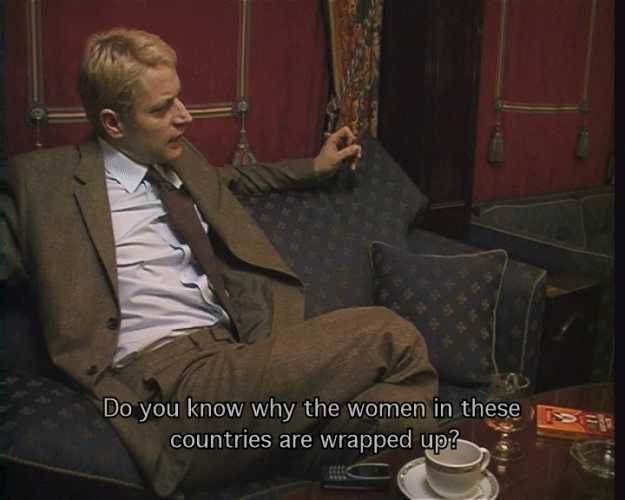 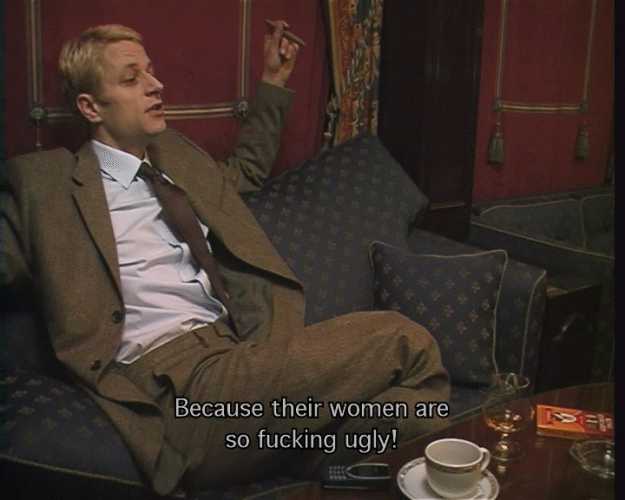 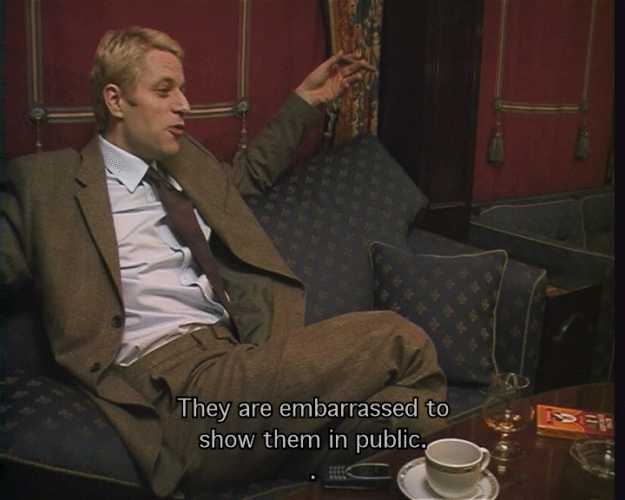 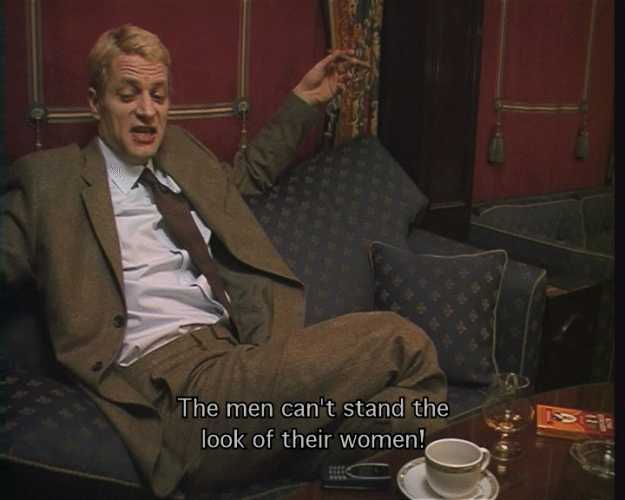 Beautiful People #1 shows a businessman talking to a ‘pal’ in a hotel lobby. He is explaining that women from ‘down there’ are wearing burka because they are so fucking ugly. In his eager, to explain, what is actually going on under the ‘disguise’ the man’s mind drifts out in sexual fantasies and wishes. It is prejudice but it’s also about the attraction towards the mystery (darkness) of the unknown – this world that is a complete secrecy for him.