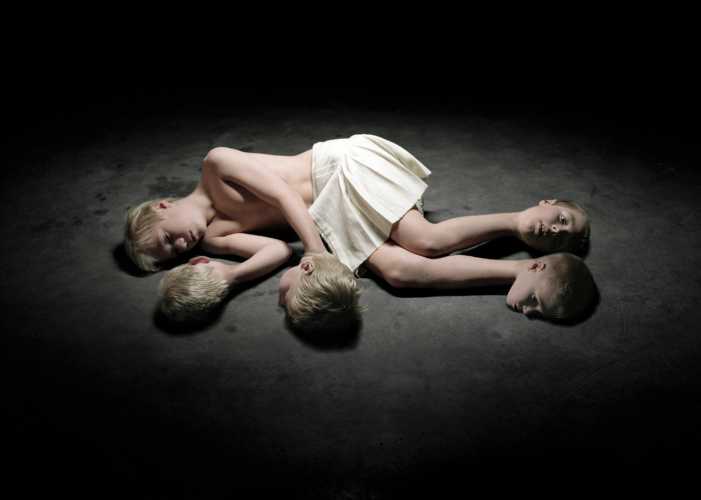 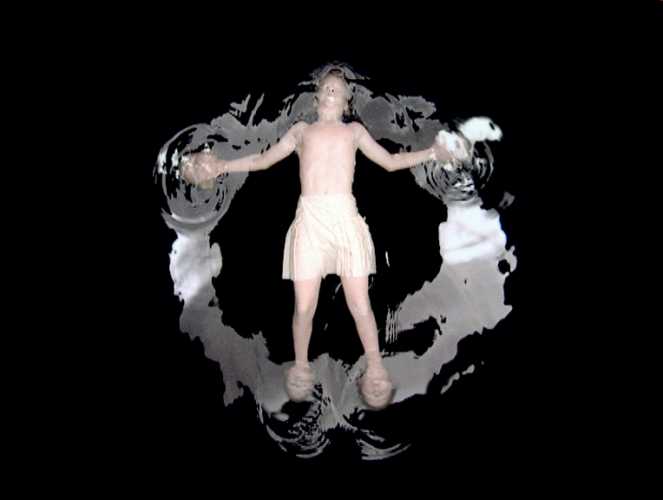 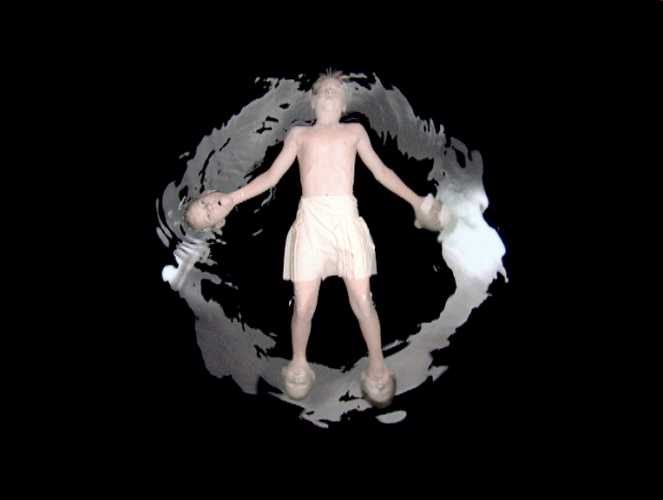 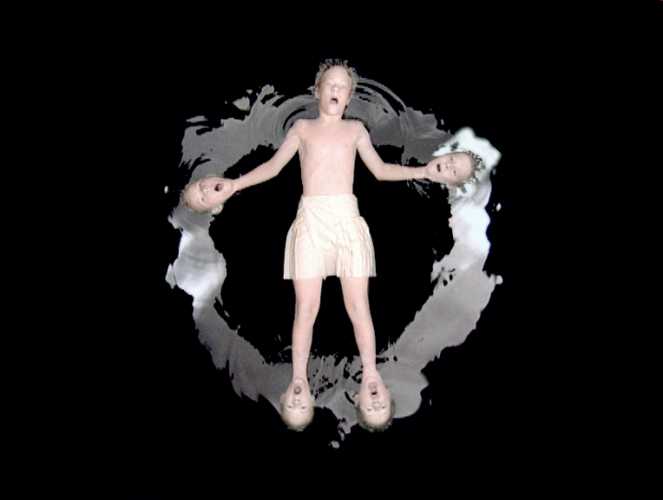 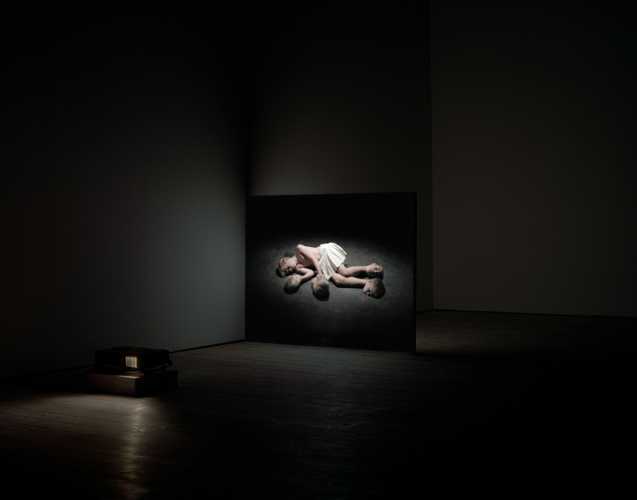 Five heads share the same body and consequently form a group and an individual at the same time. His presence is given by the low key action of the charachter(s) and the performative outlet is much like a combat group, using efficient practice for costumary aims and a controlled pattern of movement. In the longer sequence Official the task is to sing, or rather to practice scales and stamina. This ritual is their daily training routine, performed in order to finetune the creature as being a musical instrument. In the shorter sequence Private the creature is set in a semi-prone position on the ground, studying the faces of himself/theirselves. Are we I? Or are I we?﻿