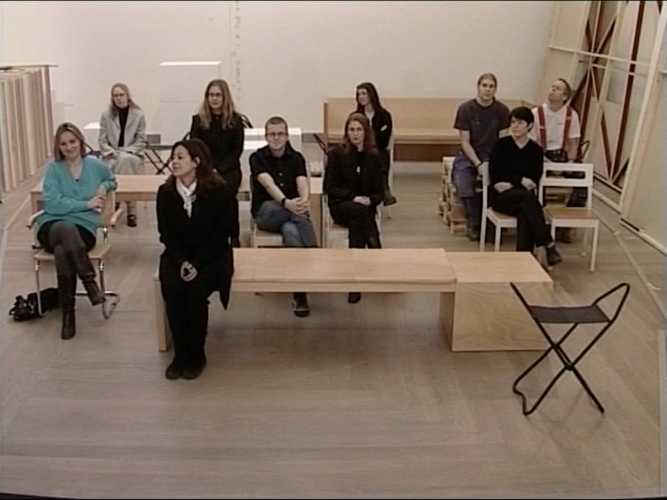 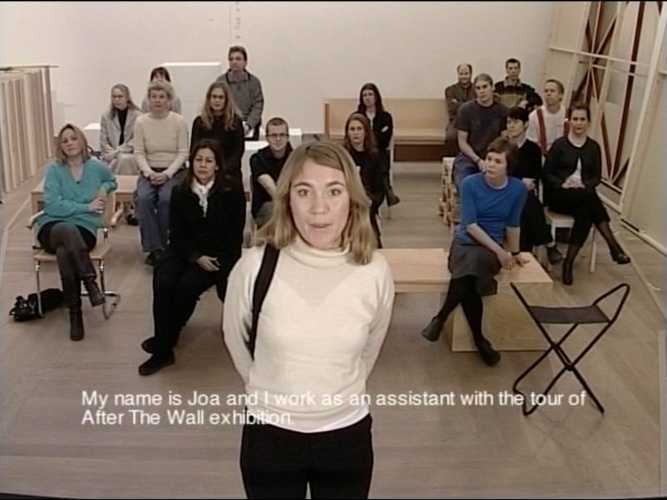 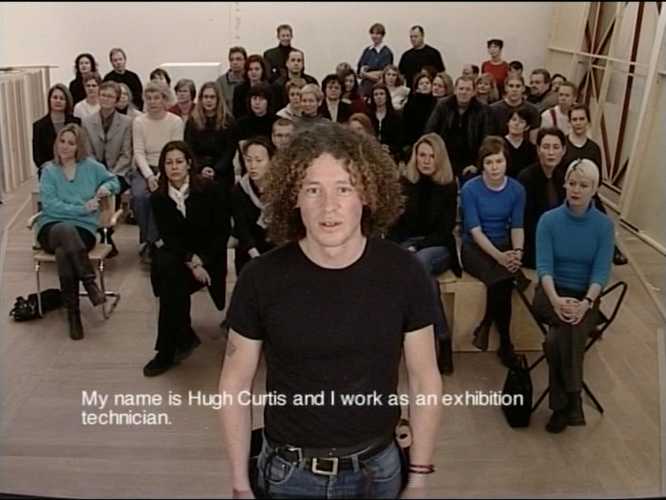 The staff at the Moderna Museet introduced themselves and gathered in front of a stationary camera. During the 20-minute film the room slowly filled up, leaving less and less space for the people still to come. This is the first work in a series where staff members of art institutions introduced themselves in front of the static camera. The shootings took place in archetypical spaces in the buildings. In each case a single tale captured the event.