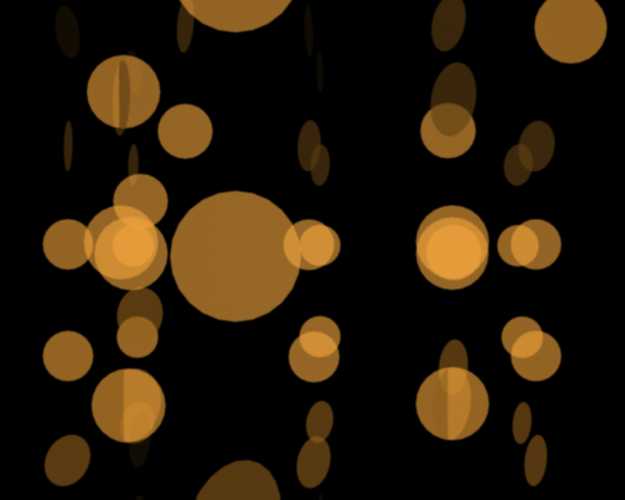 Music commentary by Lennart Westman: A major feature of the passacaglia (as a form) in this movement are the 16-bars sequence in ı meter that are repeatedly executed like an ostinato, shaped as a cadenza in the key of B-flat major. These recurrent sequences – nine altogether with a finishing free coda – are performed by a four-part choir represented of singers from two Stockholm choirs: Maria Magdalena motettkör and S:t Jacobs Vokalensemble. To some extent processed and set in an electronic environment, with additional sounds from analogue modular synthesizers Buchla and Serge, the singing voices perform four lines from ‘Gralstänk’, a collection of poems of Gustaf Fröding. Theosophical speculation and mysticism characterize ‘GUD?’ (GOD?), the poem of this collection, from which the voices’ lyrics performed in Passacaglia Spiritus originate:

Visual commentary by Gunnar Jutelius: Visual arts, words, music and sounds; how can they cooperate without one overshadowing the others? A primary question in my mind when trying to create Passacaglia Spiritus into an animated journey. To achieve these elements working together I have tried to find a common element in the words, music, sounds and visuals; their movement around the lack of movement, in stillness, quieteness and emptiness.

Music commentary by Lennart Westman: The cadenza is the same as in the first movement, Passacaglia Spiritus. However, there is only one sequence performed in this movement – with a prolonged duration. The meter is regular and the tempo is faster and more spiritual. Same sound material as earlier with the exception of added analogue violin parts – natural as wells as processed. There are also some piano motifs.

Visual commentary by Gunnar Jutelius: Music and Video may become music-video, misocvudeio, muddevick or whatever you want. If you let go of your ‘I’, it moves into the mystic sphere. The swedish poet Gustaf Fröding speaks about the ‘universal I’ and the ‘universal-spirit’. Transforming his words into music and video become in visual-arts something kaleidoscopic, fast moving – un unmoveable black circle with some snails passing by. My intention is not to persuade you pay your television tax – or get a ‘snail into your eye’ – no, just to allow you experience something wordless, soundless and imageless within the words, sounds and images themselves.

Music commentary by Lennart Westman: The title is a tribute to the poet Gustaf Fröding and his collection of poems ‘Gralstänk’. The tempo is molto vivace. Gustaf Fröding’s ‘universal-spirit’ is now fully ‘liberated’ in a symbiosis of voices and a synthezised electronic timbre.

Visual commentary by Gunnar Jutelius: What is reality? All reality is interpreted by an interpretation based on reality. The swedish poet Gustaf Fröding was occupied of the question universal-I or universal-spirit as the utmost foundation of reality. And why then try to recreate reality with a 3D-program on a computer when it is possible to inversely transform reality to a computer’s 3D- reality? That was my attempt to approach the question.﻿

Lennart Westman (b. 1953) has long been composing within the electro acoustic music genre, with worldwide performances of music spanning from pure tape pieces and live electronics to the unique video composition ‘Under Construction’ (2009) in collaboration with photographer Josef Doukkali. However, his interest has in a higher degree been directed towards vocal and instrumental composition and in 2009 he completed his chamber opera ‘Björnen och fiolspelaren’ (The Bear and the Fiddler), premièred in March 2010. He was also the initiator and one of two composers (Jan Sandström the other) in the national project ‘Dåtid, samtid – nyklang’ with first performances in a dozen churches over Sweden in 2011. In 2012 he began, in collaboration with director Niklas Hellberg, working on his most extensive work, the opera ‘A Document of Our Times: alt.heaven’. During the same year he has also – along with Björn Skallström – directed and produced the short film ‘The Dream of Paradise’.

Westman’s music has a prominent tonality with expressive, romantic, and spiritual strains. And it is often characterized by rich contrasts, not least apparent in his piece ‘Tsunami’ – commissioned in 2008 by the trombone and tuba section of the Royal Philharmonic Orchestra of Stockholm and premiered by the ensemble in the Stockholm concert hall the year after.

He is a member in: FST (Society of Swedish Composers), ISCM (International Society for Contemporary Music), SEAMS (Society of Electro Acoustic Music in Sweden) and The Chamber Music Association Samtida Musik

Gunnar Jutelius was an architect, graphic and visual artist as well as a teacher in multimedia. He received various awards such as the IBM Leonardo da Vinci prize in multimedia and the Swedish Engineer Academy’s award for a presentation of the Swedish Ballet School in Stockholm. He exhibited multimedia works on various occasions in Sweden. Together with the composer Lennart Westman he had also created 5 films and animations to Westman’s compositions, of which the piece ‘Passacaglia’ Spiritus was performed at the World Music Days in Hong Kong in 2002.