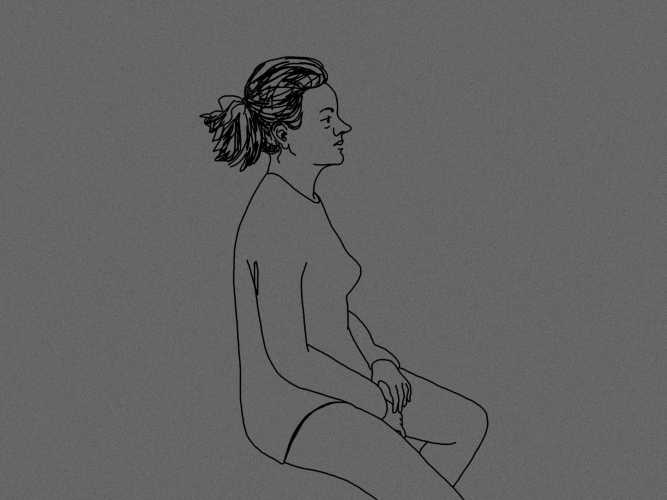 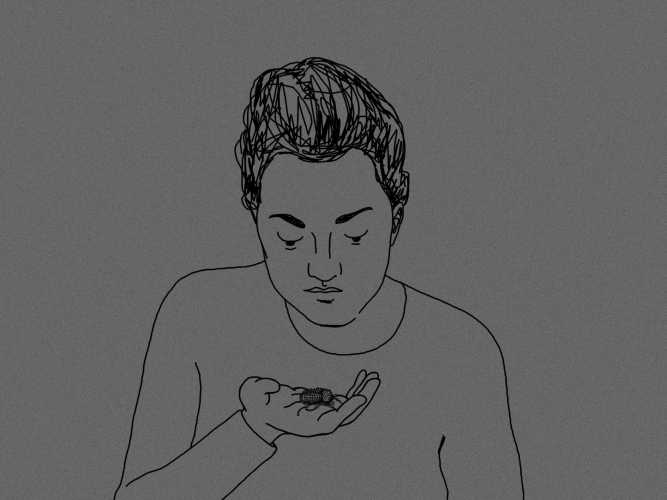 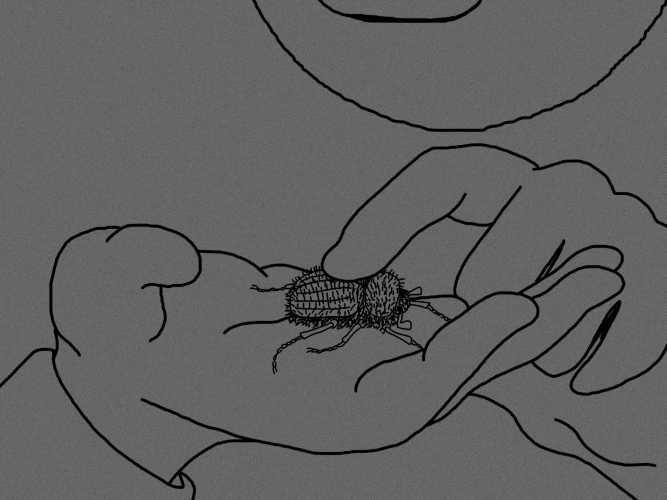 Souvenir is an autobiographic animation that illustrates an unforgettable specific memory that shows its face. The main character in the video goes back in time and gets surprised by a deeply restored memory. She examines it and nurses it before she puts it back in the place where it belongs. The pictures are created by simple black-and-white drawings where only the most important objects are in focus, in this case the woman and her memory, this to increase the concentration to them and their interaction. The fysical room of the picture is extremely reduced to a mild gray blur to create a reversed sense of the inner space. The music play a very important part in the work, making clear and underline the intime character.