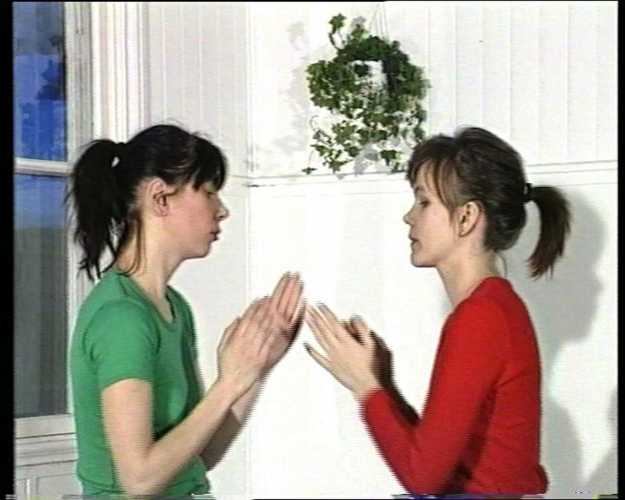 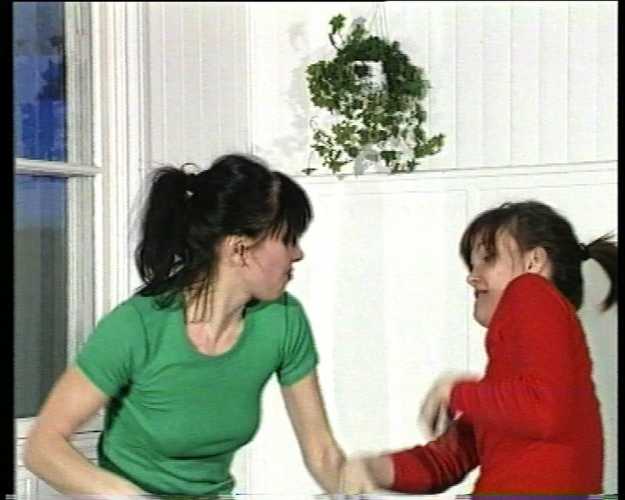 Two girls are playing a clapping game in Slap Happy by Anita & Anita (Annika von Hausswolff and Lotta Antonsson). The dialogue here is central and the wordless game develops into a psychological trial of strength. They appraise and challenge each other and the game eventually ends up in a fight. ﻿

Born 1963 in Varberg. Lives and works in Stockholm, Sweden.

Educated at Konstfack in Stockholm 1989-1992 and later on at Konsthögskolan in Stockholm 1995–1996, Lotta Antonsson is now an adjunct professor at Högskolan för fotografi (Valand) in Gothenburg. Her work is represented worldwide and has been shown for example at Moderna Museet in Stockholm, The Regency Townhouse in Hove, UK, and the international photobiennal in Korea (Photography is magic! Daegu Photobiennal). Lotta Antonssons art often has a feminist perspective. She has not settled for the positions she has reached but continued to question and challenge, not only her surroundings, but also herself.

Born in 1967, lives and works in Gothenburg.

Annika von Hausswolff is one of the Swedish artists who won broad international acclaim in the 1990s. She works with meticulously arranged photographs, often using the body, imprints of the body or memories that can be related to physical experiences as her subject matter. Hausswolff takes familiar motifs and imbues them with new meaning. Therefore, when we see one of her pictures for the first time, we sometimes think we recognise it, that we’ve seen it before, but something isn’t quite right, a detail shifts the expected association and twists the image into something else. Hausswolff once said, “My images are a platform for projection, a tool.”*

In 2007–2012, she was a prominent professor of photography at the University of Gothenburg, with great influence on the younger generation of photographers. She represented Sweden at the Venice Biennale in 1999, and her work is represented in many Swedish and significant international collections, such as the Solomon R. Guggenheim Museum, New York; Moderna Museet, Stockholm; Magasin III Museum & Foundation for Contemporary Art, Stockholm; Kiasma, Helsinki; Astrup Fearnley Collection, Oslo and the Hasselblad Foundation, Gothenburg. 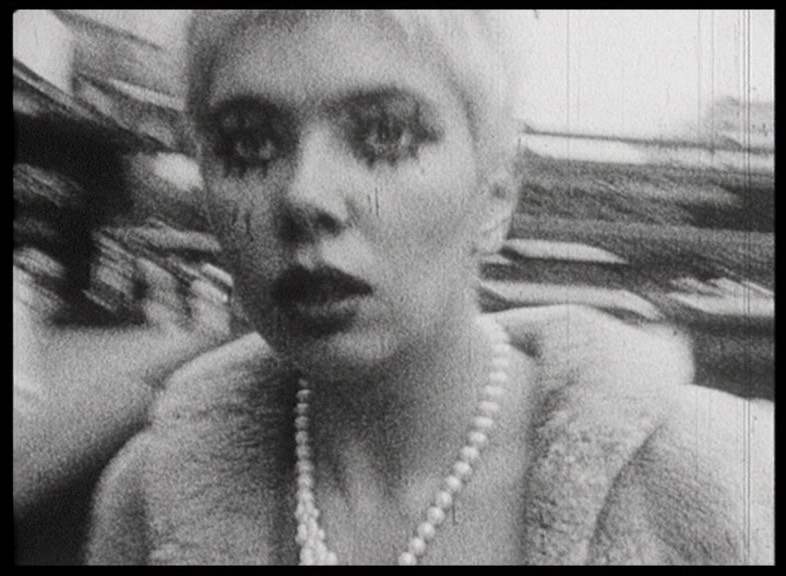