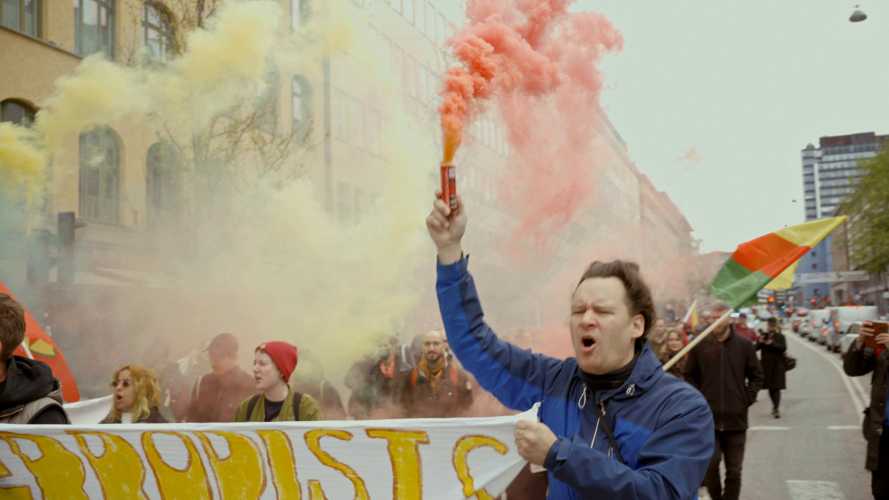 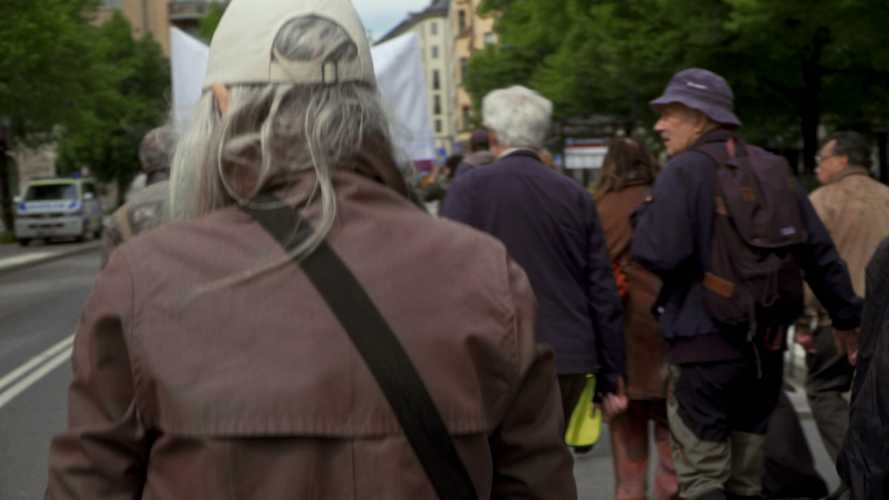 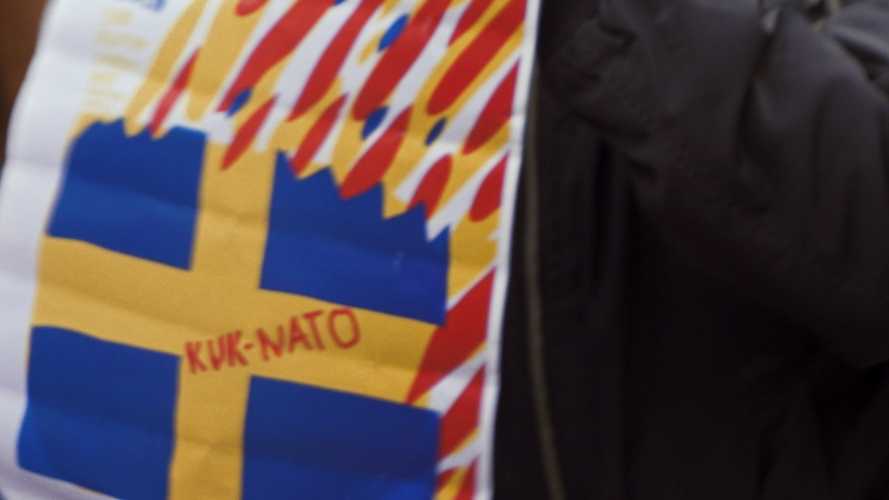 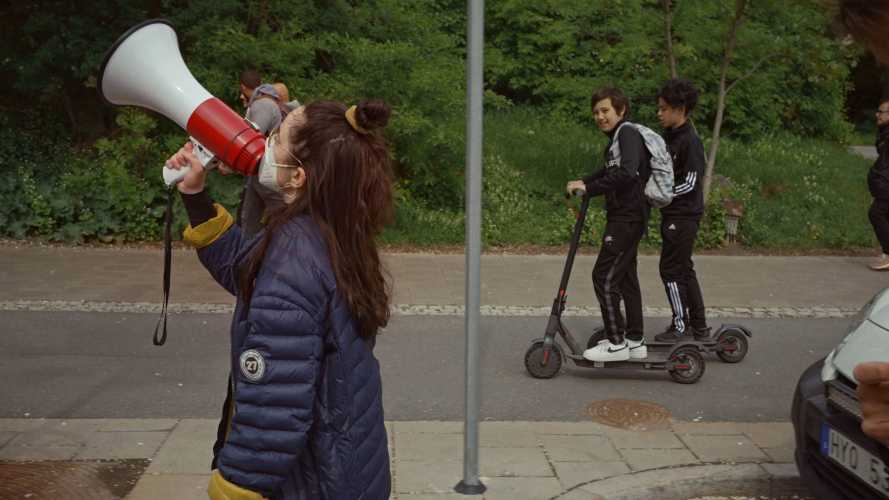 In 2022 Sweden made a complete reversal of its policy of neutrality, something that for long was a defining component to our national identity. On a political level the decisions were made quickly and the public debate was aggressive. Even though democratic tools such as holding a public referendum or making this topic an election issue were available, they were not used.

Shot in Stockholm late May 2022, this film documents two demonstrations against the application for Nato membership. It is a documentation of the historical decision to join Nato, seen from the point of view of the people opposing it. It is a reflection of the fragility of the democratic processes. It is also a portrait of the peace movement, a movement which in Sweden at this time is very eclectic, consisting of people with very different driving forces, who are joined only by their overarching wish for disarmament. The film is also a document for the future – it is as if we are already talking about a historical fact, even if we are still in the middle of it all. ﻿

Cecilia Björk is a director, scriptwriter and producer. Her film A Good Week for Democracy (2018) raised a lot of attention and sparked a national debate about politics, the media and the prerequisites of democracy. Her short doc Blessed (2014) looks at how faith is manifested, through a Christian summer meeting on the west coast of Sweden. In 2022 she made the film For now I feel like we shouldn’t join NATO, documenting resistance towards the Swedish application for Nato membership. She has also worked with documentary casting and line producing, e.g. for the short film Ten Meter Tower. She is the producer for amongst others Lizard Brain, a fiction film by director Elisabeth Marjanović Cronvall. She also works with the screening and distribution of films, as producer for the non-profit art film organisation Film i Samtidskonsten, and with Tempo Documentary Festival, where she serves as programmer for the international section. 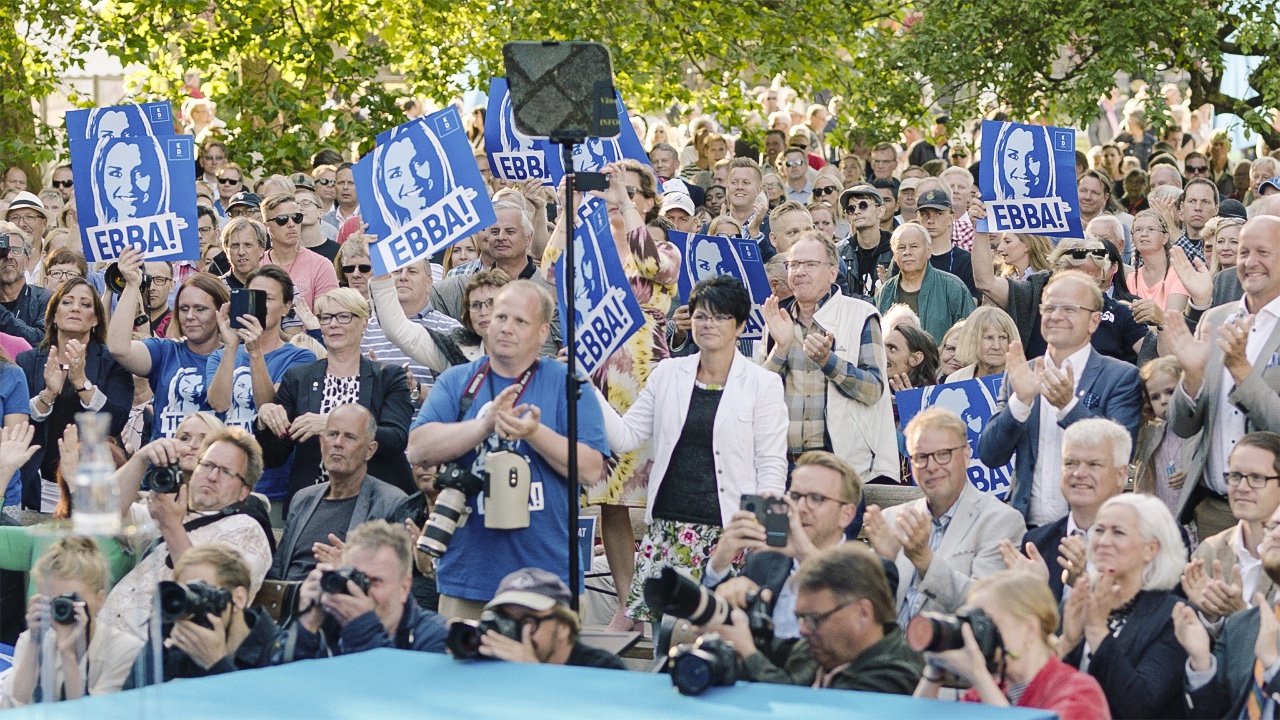