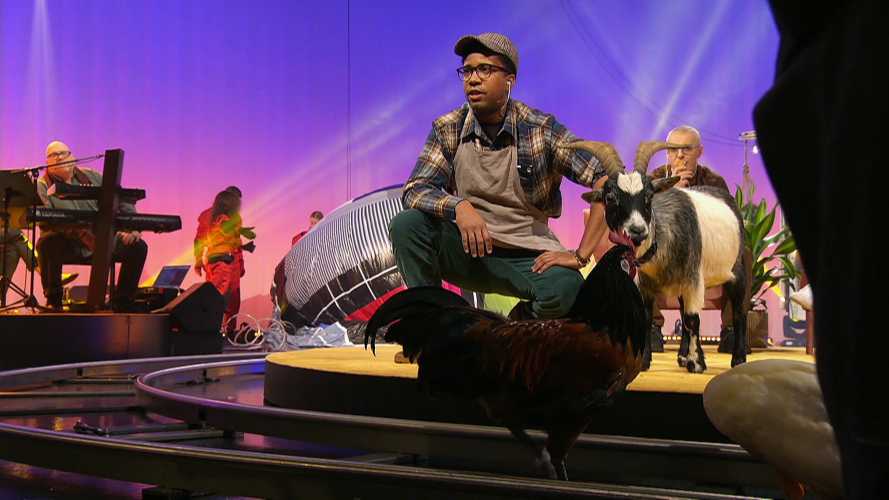 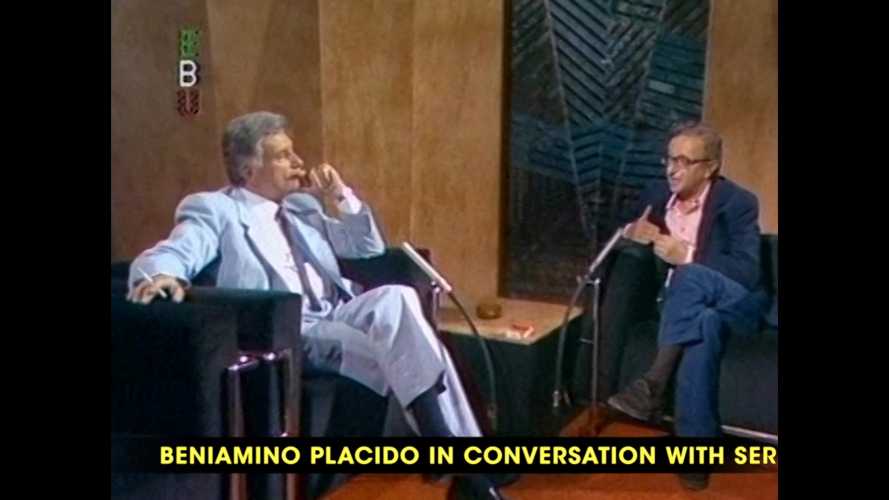 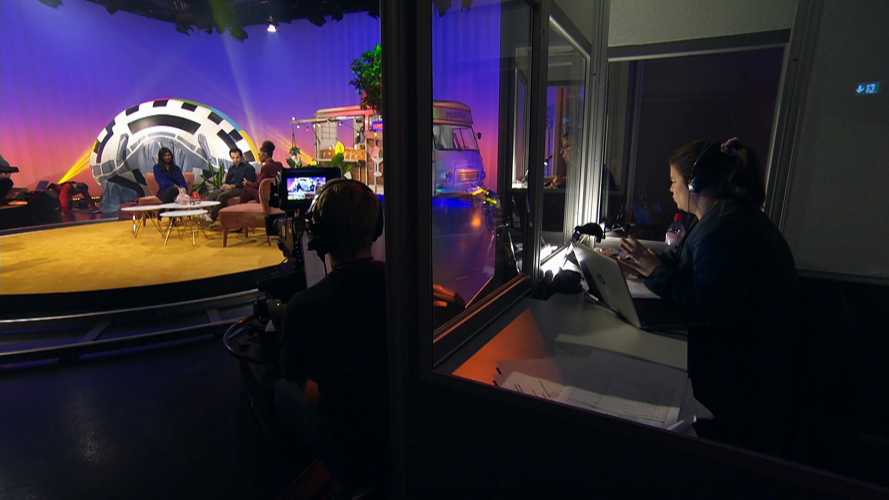 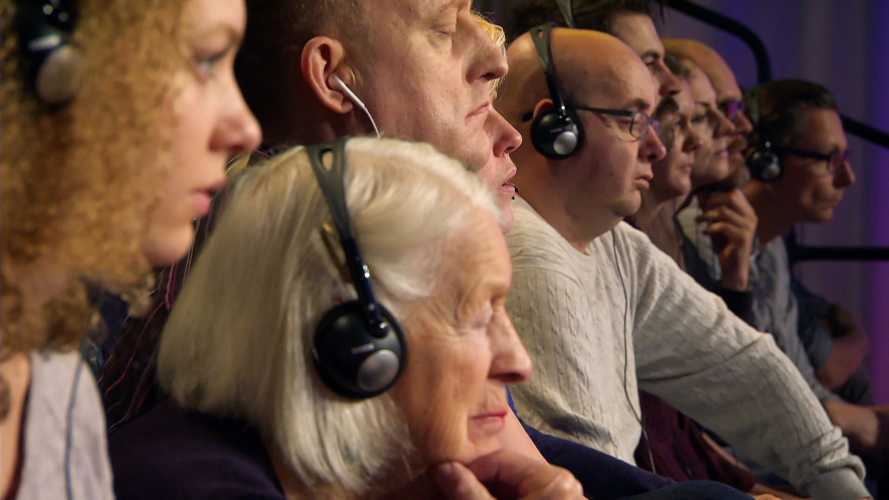 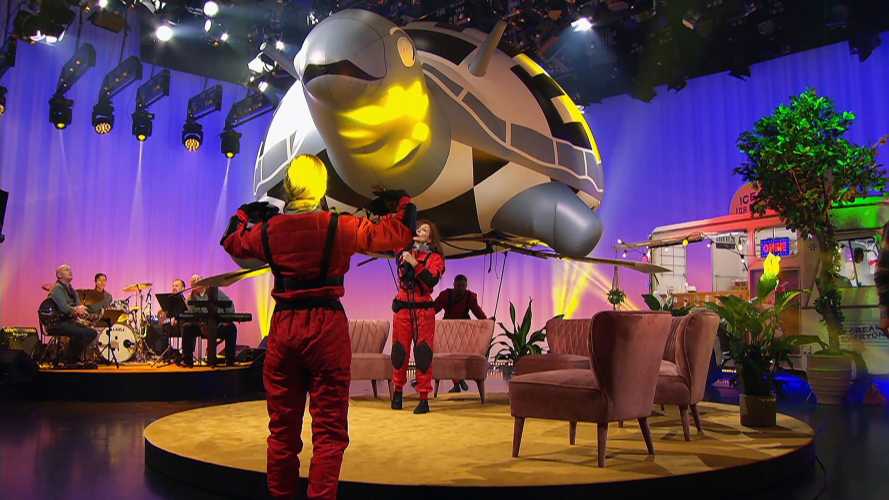 Centering on a 1982 broadcasting experiment called Eurikon, an attempt to establish a European public service network, “Television Without Frontiers” enacts a multilingual television performance that shifts between past, future, and present.﻿

As a hybrid of performance and film, “Television Without Frontiers” takes place in the studio of Swedish television in Gothenburg in the autumn of 2018. The production centers on a 1982 broadcasting experiment titled Eurikon which was an attempt to establish a transnational public service network in Europe. The experiment was initiated by European Broadcast Union and involved public service networks from fifteen countries in Western Europe and North Africa, as well as an array of journalists, camera people, and an army of translators engaged in simultaneous translation. Eurikon was born of an ambition to free the media landscape of national boundaries, setting its sight upon a peaceful and unified European context. Although technology has developed in exactly that direction, today’s reality of polarized media and politics is far removed from such ideas and worldviews. “Television Without Frontiers” brings together contemporary media personalities from across Europe and the Mediterranean, engaged in multilingual conversations. The performance also consists of a chorus of interpreters, an orchestra, an audience, a giant flying turtle, archival footage, a hypnotist, and an ice cream vendor telling a mythic back story. In an exhilarating atmosphere that shifts between the past and the present, the actual and the fictive, full of unexpected twists and turns, the film explores of how Eurikon and television might be used as a model to understand what happened to the vision of post-national community.﻿

Andjeas Ejiksson (1978) is an artist based in Stockholm. His artistic practice is centered on how political and social shifts are institutionalized and materialized in language, media, and the collective consciousness. Especially with a focus on cultural and political turning points around 1980, how these transitions have affected the general understanding of community and public. Ejiksson works with processes that stretch over several years, usually in collaboration with others. He works in editorial and textual formats as well as with performance and moving image. Among other roles, he has been editor of several journals, such as the Swedish cultural journal Geist. He has been a researcher at HDK-Valand in Gothenburg, the Royal Institute of Art in Stockholm, and at the Jan van Eyck Academy in Maastricht. In recent years, television has been a central theme in Ejiksson’s practice. The work “Television Without Frontiers”, a hybrid of performance and film, is based on an attempt develop a pan-European public service network in the early 1980s. In the project “TV Trampoline”, a curatorial collaboration with Maria Lind, children’s television of the 1970s is at the center – how the ideas of the child and children’s culture that emerged during this period have shaped society. Ejiksson is also a translator.