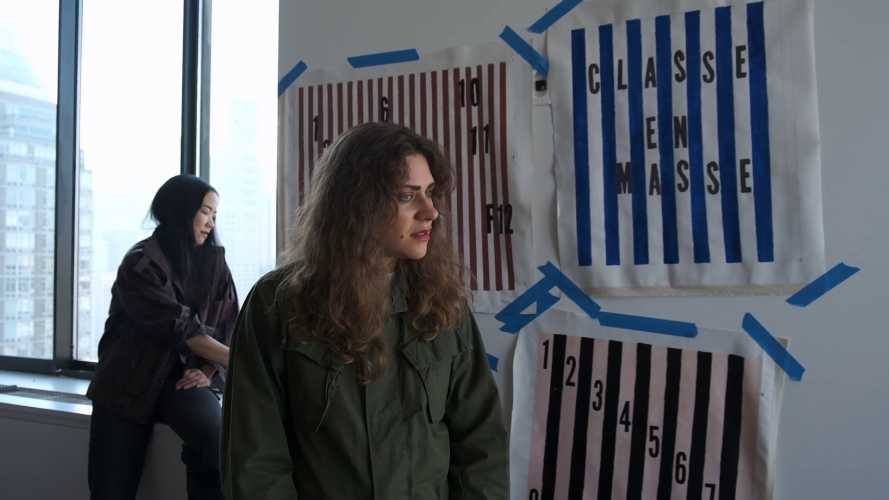 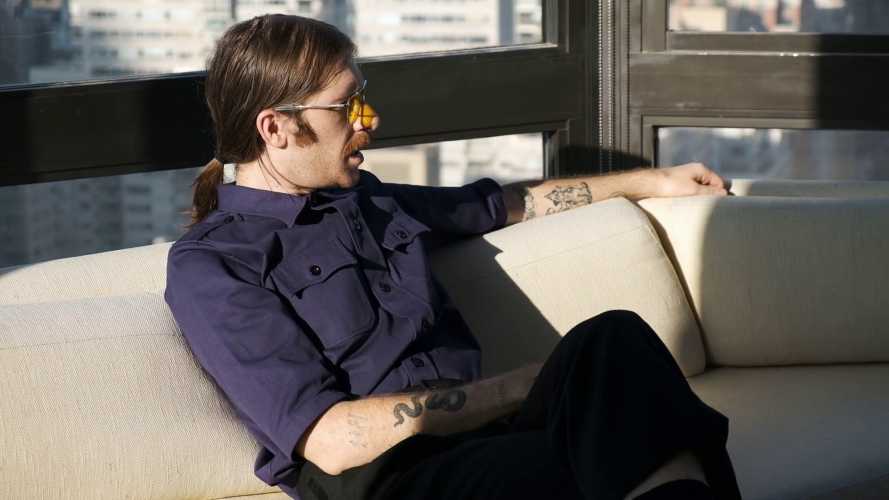 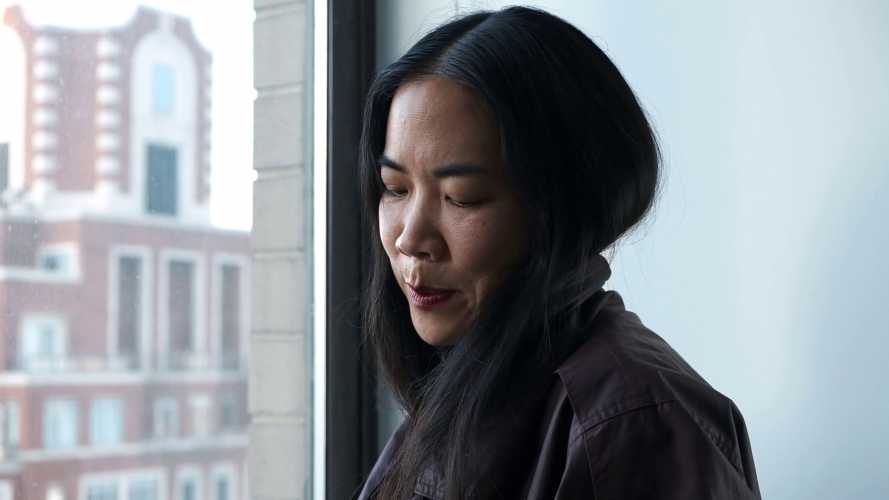 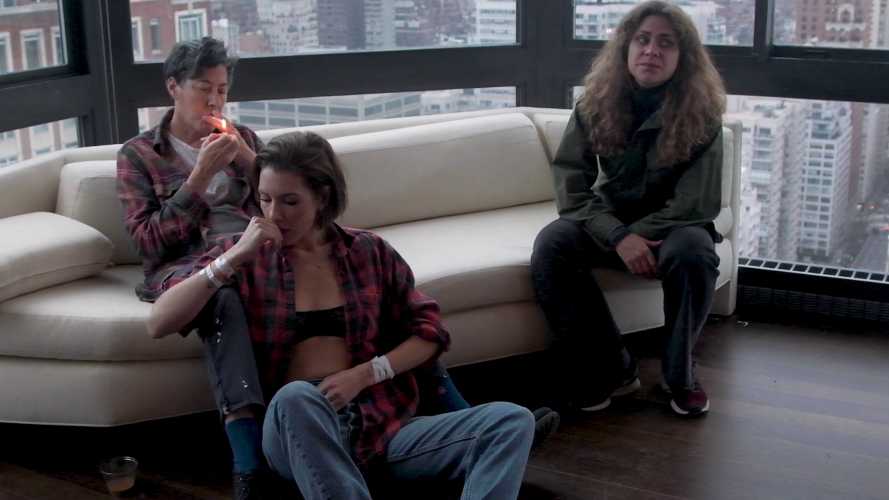 The Good Terrorist
BY
Marie Karlberg

The Good Terrorist is a narrative video that over the course of an hour dramatizes the lives of some inept leftist radicals whose plan to bomb something or other goes awry.

One can detect the doom from the moment Karlberg’s Alice and her repellent boyfriend, Jasper come across a numbskull drumming on a construction bucket in an empty room. The work’s plot is drawn from the eponymous 1985 novel by Doris Lessing, but as moving image it plays as a reprise of Godard’s 1967 La Chinoise, in which a similarly youthful, attractive, and abstruse bunch of Maoists plot an assassination that kills the wrong guy. ﻿