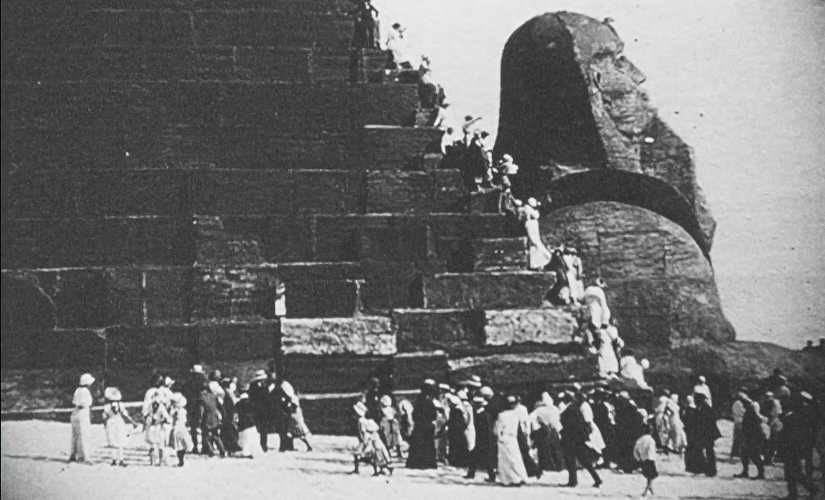 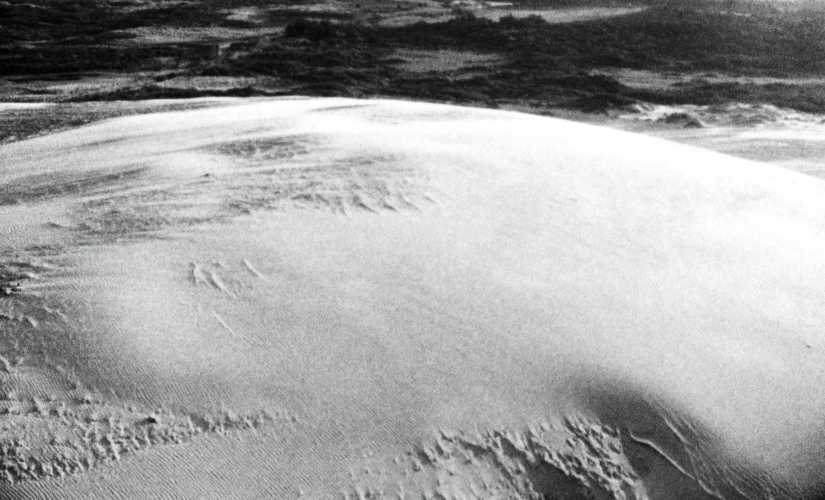 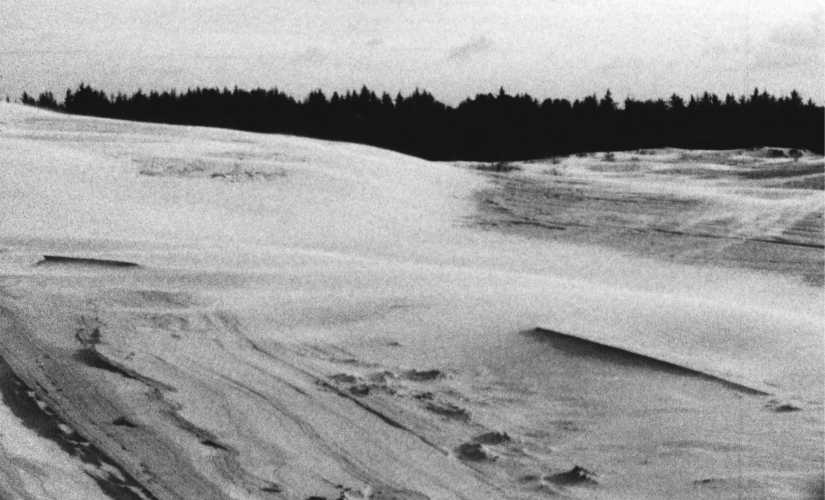 The Secret of the Desert
BY
Amin Zouiten & Benn Malca

The Secret of the Desert borrows its title from the silent film by Robert Dinesen from 1918. The now lost film is traced at its approximate location of Råbjerg Mile in Northern Jutland, Denmark; northern Europe’s largest migrating sand dune. In line with the popular orientalist genres of ‘egyptophilia’ and ‘sheikh romance’, Dinesen directed two films in the late 1910’s at Råbjerg Mile, taking place against the backdrop of the Danish “desert,” as a stand-in for Egypt. For The Secret of the Desert, Nordisk Film, one of the leading production companies of silent films, constructed one of the largest film props at the time – a sphinx measuring approximately 30 meters was erected in the middle of the roving sand dunes accompanied by a pyramid made from the same materials, wood and plaster. In one of the few existing production notes, the location and shooting in Råbjerg Mile, instead of Egypt, can be traced back to financial reasons and oriental scare. This rendition of The Secret of the Desert, filmed on black and white 16mm with the playing length of about a standard roll of 100-meter film, is working within the rifts of the 1918’s original fiction. That, like the roving desert, is itself now geographically lost in the shifting sands of Northern Jutland; both reproducing tropes of desert landscapes while the surroundings of the Scandinavian “desert” slowly creeps in. Footage from Råbjerg Mile is juxtaposed with the few existing production stills of Robert Dinesen’s films, together with an appropriated soundscape based on 1920’s Hollywood films set in Egypt.﻿