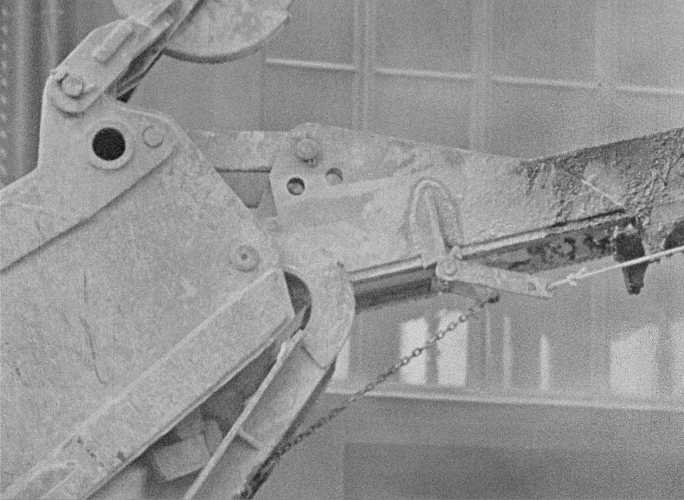 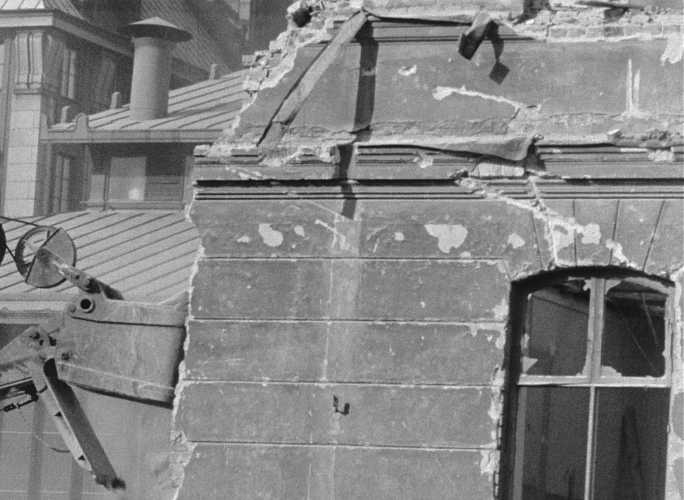 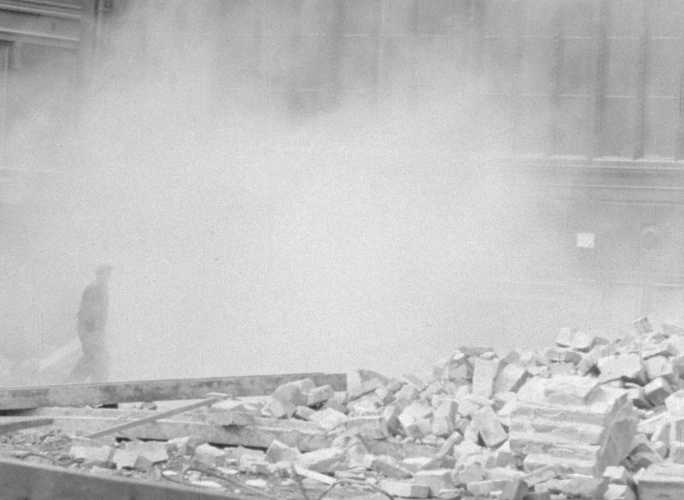 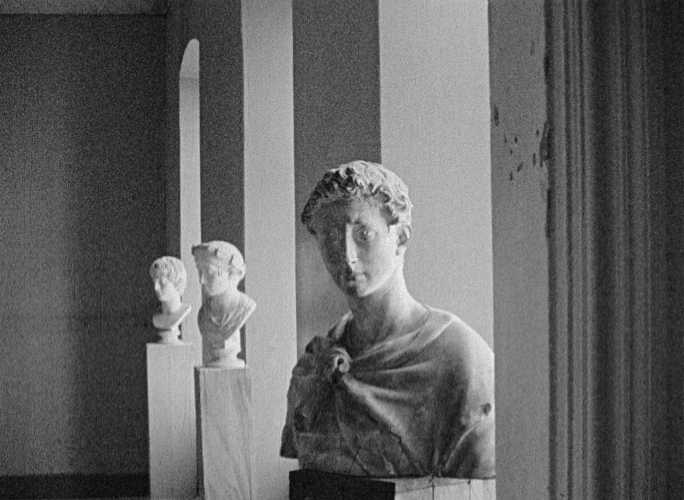 The Monster was made in 1953 at the time when the wholesale demolition of the Klara district in Central Stockholm was first begun. ‘Lifeless’ parking garages and office complexes were built, and the following decades a living city landscapes with irreplacable culture treasures was replaced by an anonymous concrete city . The Monster is the bulldozer, chomping its way through Sergel’s 18th century residence from the era of Gustav III. A study in black and white paints a portrait of the belief in the future which preveiled during the 1950s, when advancing bulldozers were equated with human progress. Today, this equation is no longer taken for granted.

Per Olof Grönstrand was a short film director and artist. He studied at the Academy of Fine Arts in Stockholm. Together with Niels Olsén, he made the short documentary film Odjuret (1953). The production company for the film was Arbetsgruppen för film, or Svensk experimentfilmstudio, as it was called when it was originally founded in 1950 in Stockholm. It later developed into Stiftelsen Filmform.