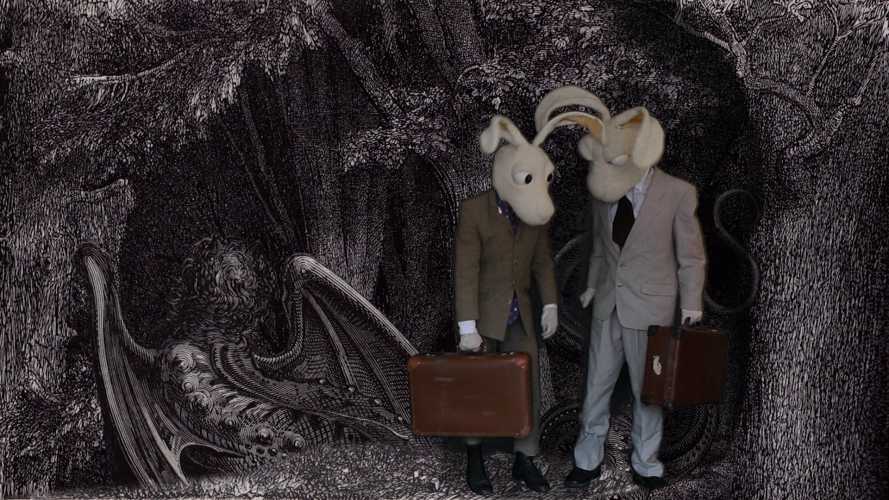 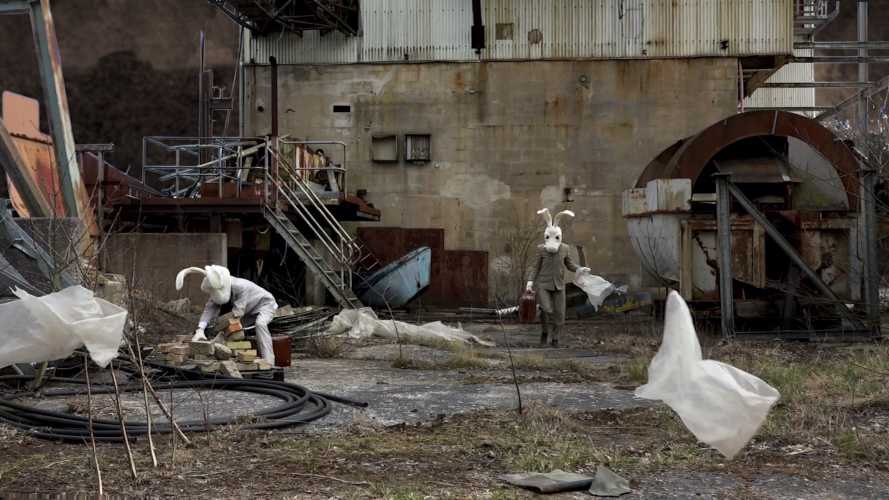 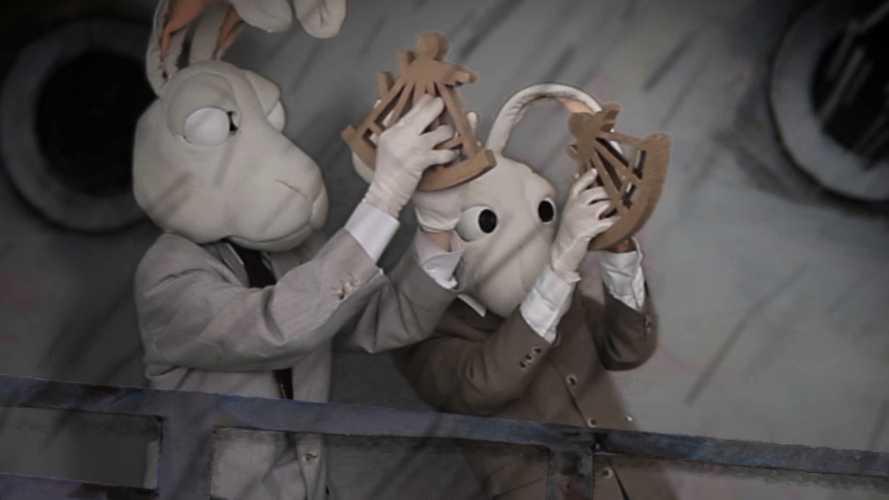 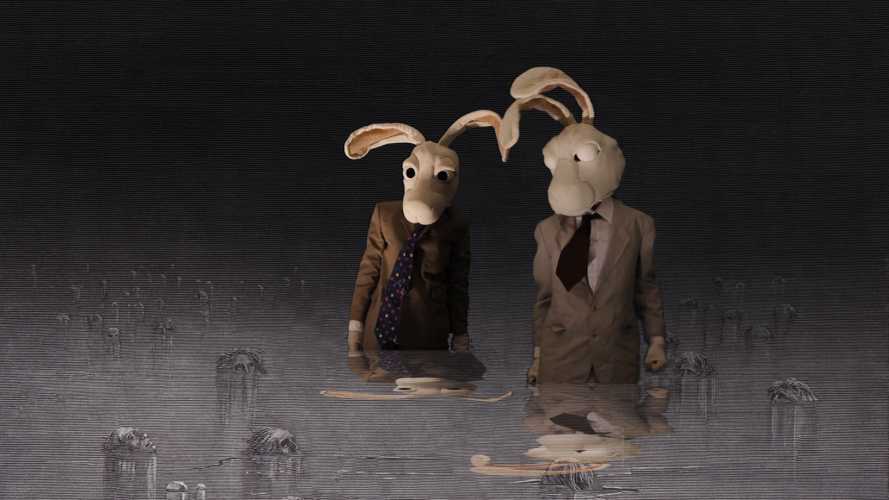 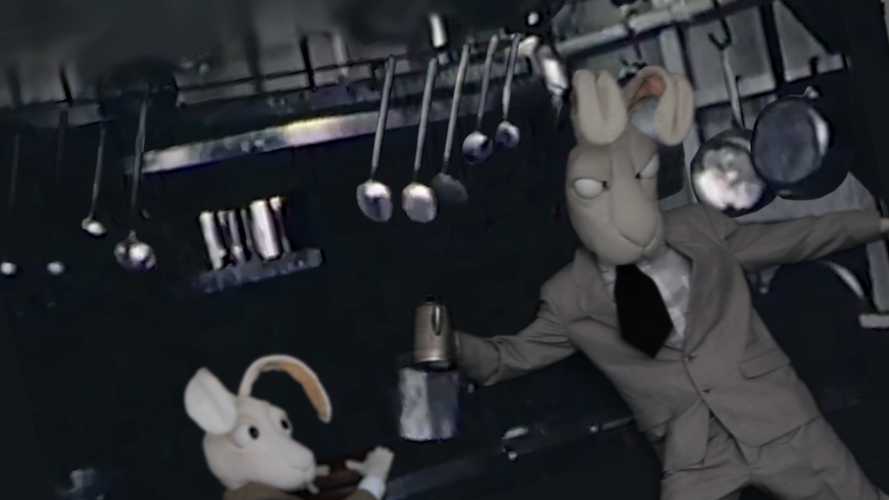 2Rabbits in Purgatorio
BY
Kristina Frank

2Rabbits is a performance duo consisting of Kristina Frank and Mervi Kekareinen Two rabbits dressed in handsome gray suits, white gloves and oldfascined suitcases Their mission is getting to know and understand humanity, they get hurt, sometimes they die but somehow they always manage to come back safe and sound. 2Rabbits in Purgatorio is a improvisation based on Dante’s Divine Comedy. The film is a montage made from grainy journal films, Gustave Doré’s illustrations from The Divine Comedy and sceneries from deserted pla- ces on Gotland.

On the first day of recording, large pieces of plastic is blowing in the wind and become a subject of impro- visation and also a natural part of the set design. Plastic together with oil will also be the theme for 2Rabbit’s journey through Purgatorio.﻿

We are all atoms