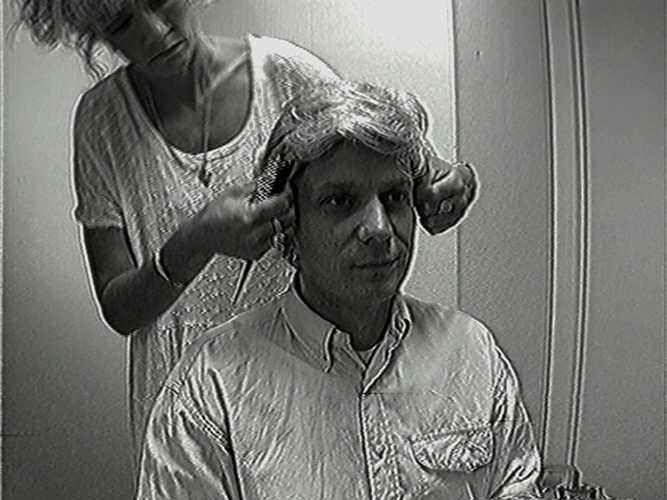 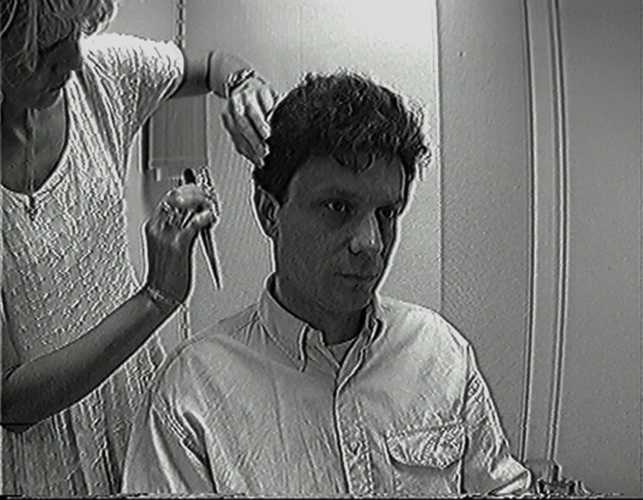 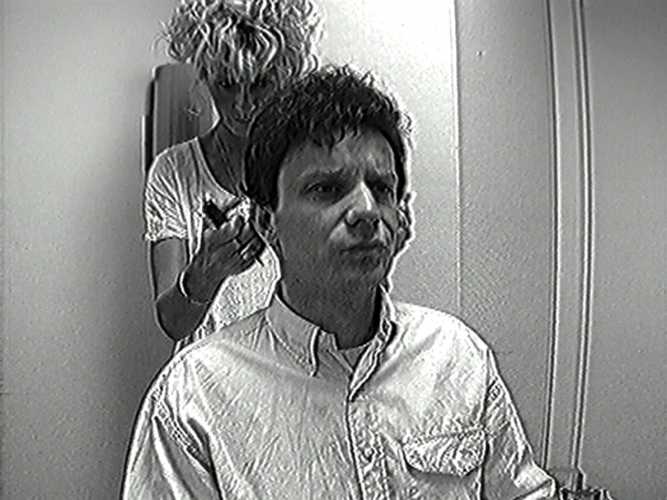 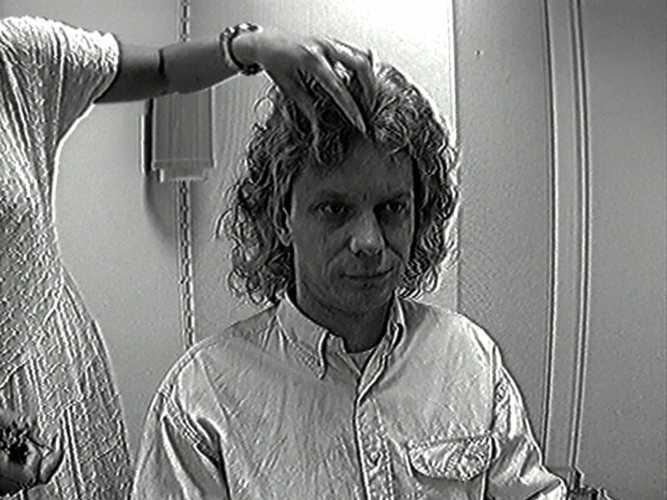 A maker of hairpieces was asked to select wigs representing three different male identities. A surveillance camera captured the scene when the wigs were tried on. The black-and-white silent video was shown as a recurring one-minute interruption on Swedish Television.﻿