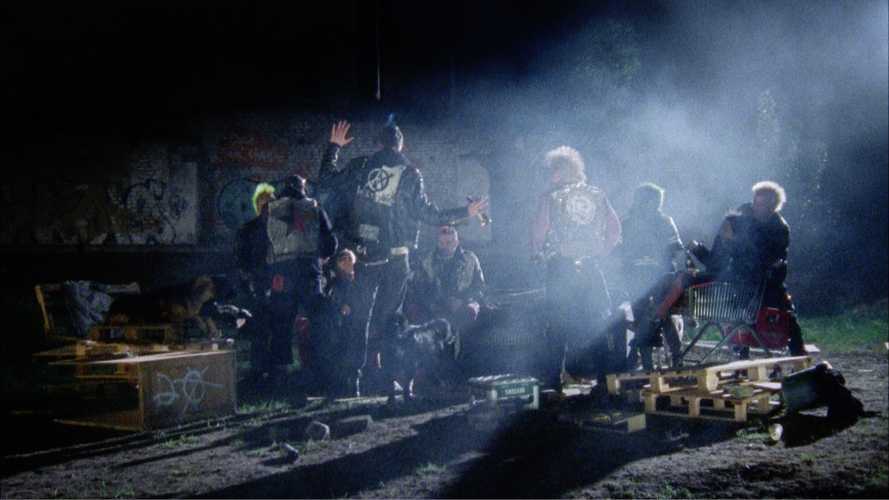 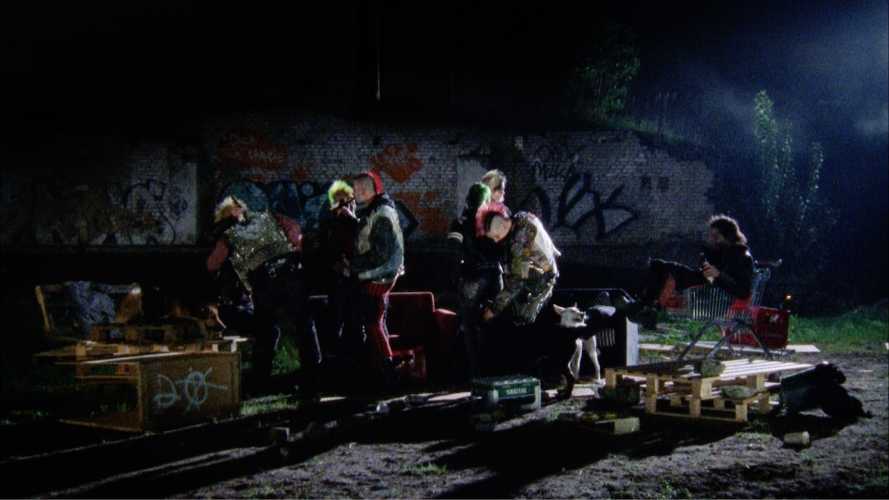 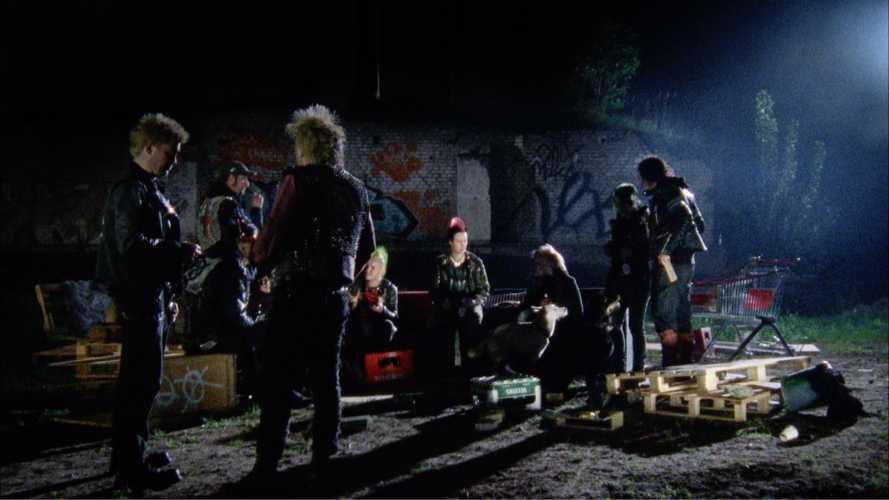 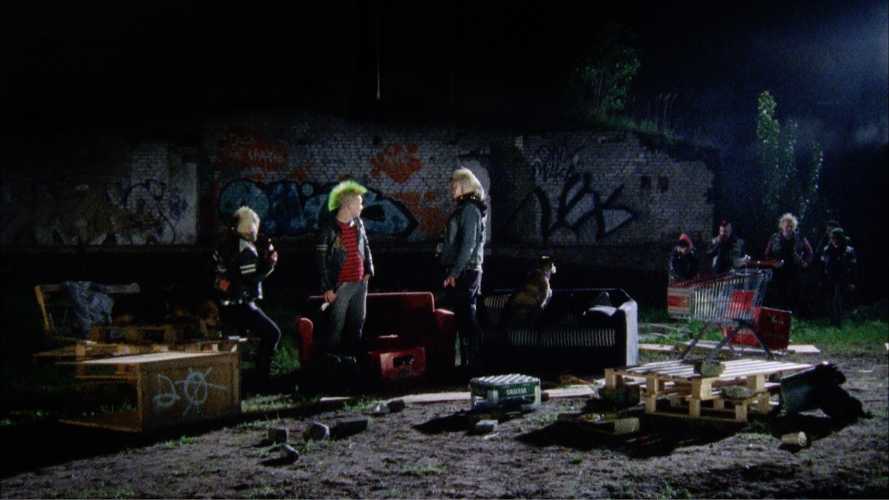 The film is set in an urban non-space in Berlin – an area with a few scattered pieces of discarded furniture. This in between space appears to operate on its own time, maintaining the stubborn calm of non-activity. A group of punks hang out in the darkness; they smoke and drink as their dogs roam free. A form of resistance is implied, the resistance residing within passivity. It is a vision containing both the echo from a recent past and temporally ambiguous vision of a dystopic time to come.﻿