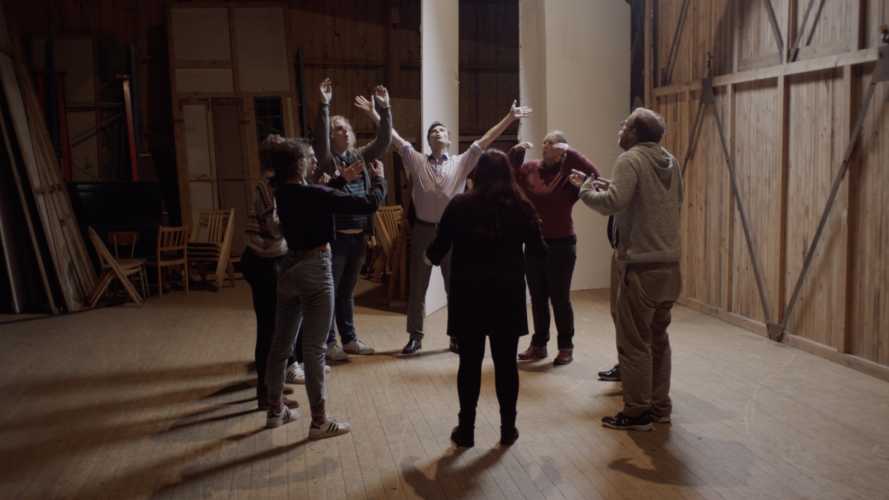 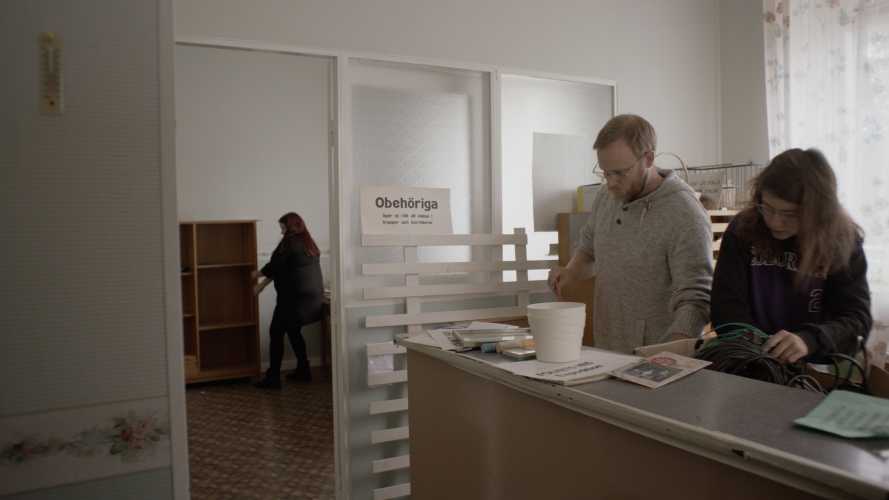 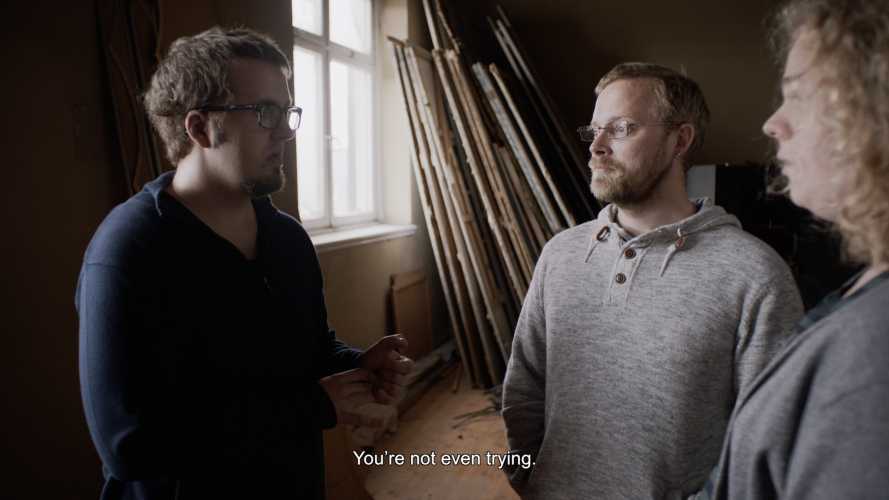 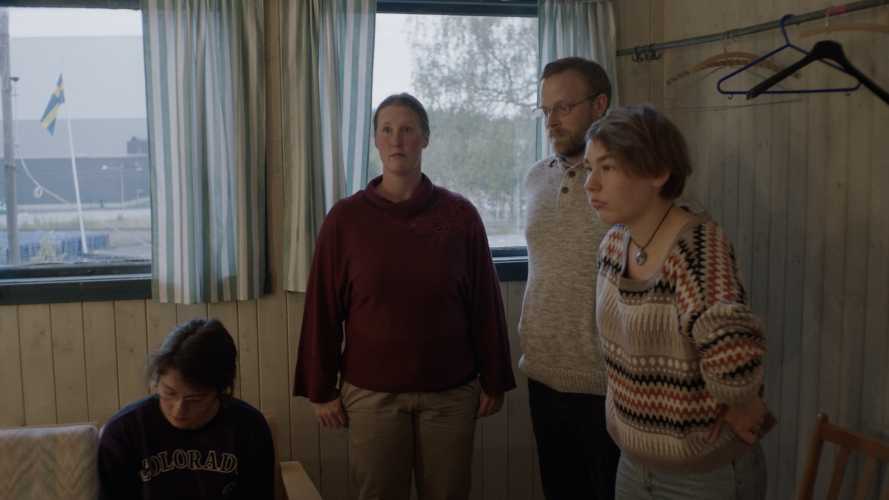 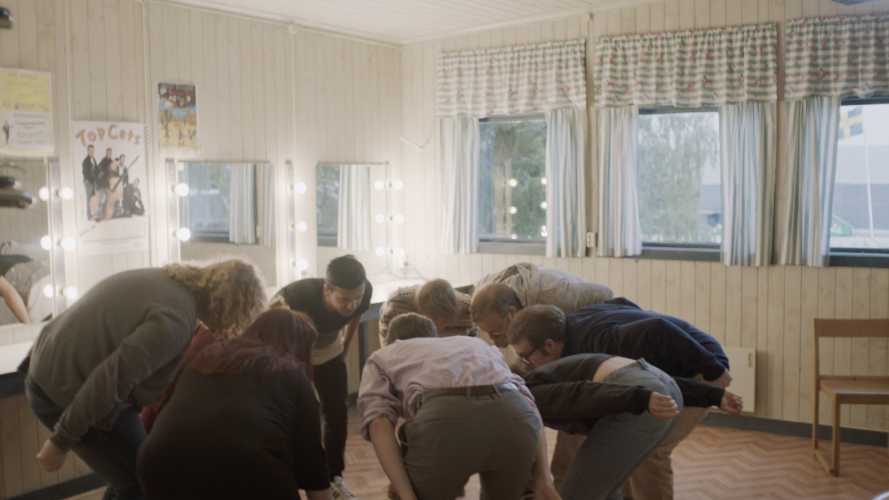 In Preparation for a Psychodrama
BY
Annika Eriksson

In Preparation for a Psychodrama was a work developed from spending time in the north of Sweden, visiting a series of cities that had seen a significant depopulation following the move of major industries. After multiple site visits, research and consideration, I decided to develop a project in Grängesberg, a former mining town. Following a series of site visits and research around the city and region, its history and transformation, I started work with a local amateur theatre ensemble. Through a combination of improvisation and scripted performance, the actors carried out exercises exploring and tapping into registers of frustration. The chosen setting for these exercises was the former Folkets Park, a building which had served as an important meeting point but which had become empty following the exodus of the majority of the city’s population. Placed in a setting shaped by older ideals, they are waiting for a future that is yet to begin. Feverish activities in the struggle to clean up and reconfigure the props from a preceding civilization are interpolated with their fumbling attempts to find new contexts and ways of relating to one another.﻿